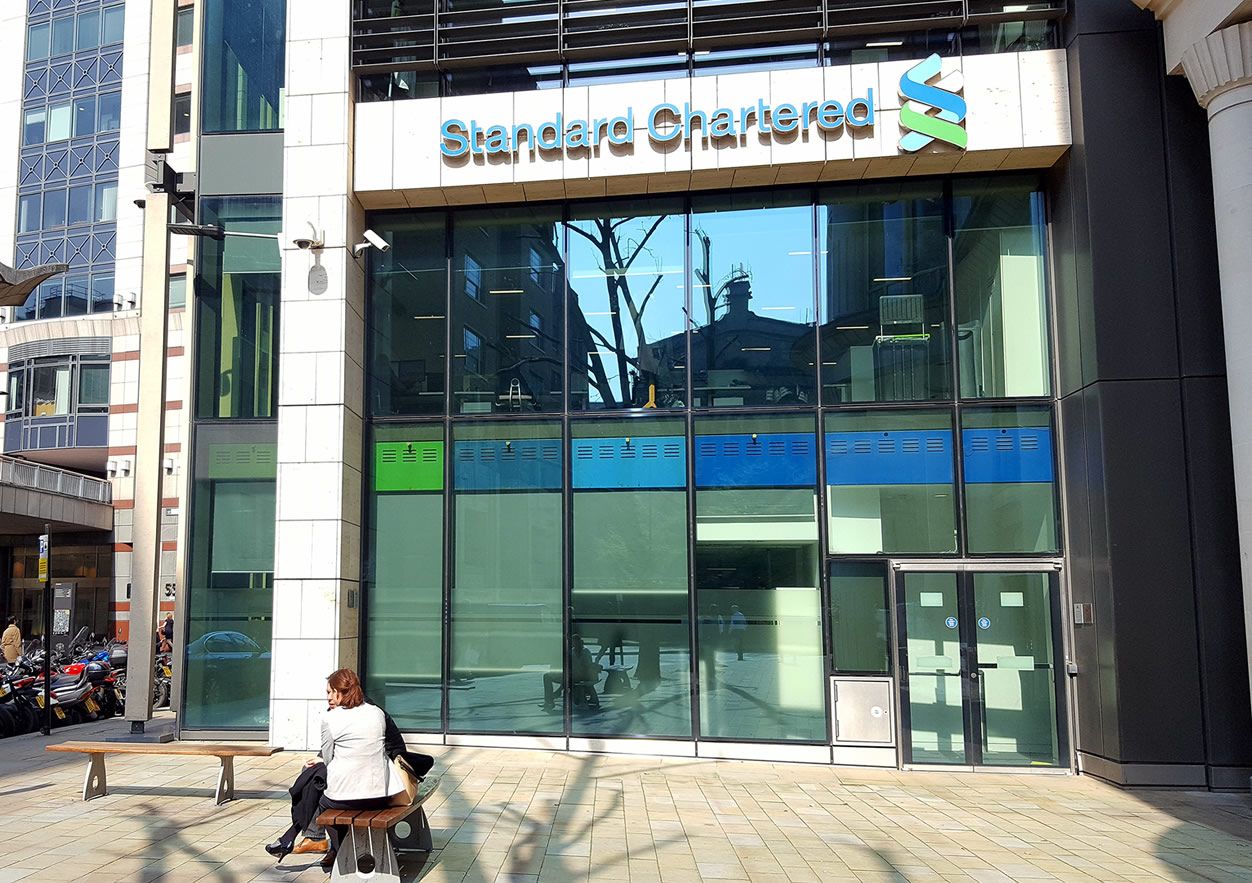 "Will the USD strengthen further in the coming weeks?" Is a question clients are regularly asking of Manpreet Gill, Head of FICC Investment Strategy at Standard Chartered.

His answer to the question is yes, at least in the short-term. And, as is typically the case in foreign exchange analysis, there are some caveats to apply given his expectation that some currencies are likely to be more susceptible to Dollar strength than others.

Standard Chartered tell clients in a regular weekly briefing note they see  a "two-tier" Dollar on display in the near-term; the British Pound could see further gains against the U.S. currency but the Euro, Franc and Yen could remain under downward pressure.

"The USD should get further support in the coming weeks from the widening growth differentials between the US and Europe, with the latter’s recovery prospects delayed by a revival of the pandemic in some countries and due to vaccine setbacks," says Gill.

The call comes amidst ongoing struggles by EU countries to vaccinate their populations, with a chaotic approach to the AstraZeneca vaccine proving to be the latest setback for the region.

Investors are looking to vaccines to open the door to a sustained and conclusive reopening of the global economy, therefore it stands that those countries that can vaccinate fastest stand to grow faster and sooner than those that are struggling.

This in turn allows for currency outperformance, and given the rapid rollout of the vaccine in the U.S. and UK relative to the Eurozone the Dollar and Pound could stand to benefit against the Euro. 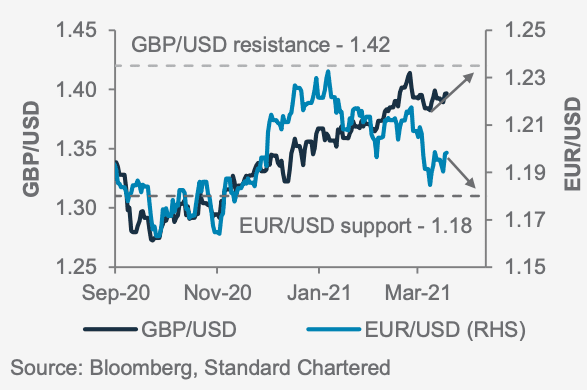 An expanding vaccine-fuelled U.S. economy could in turn lead to higher interest rates at the U.S. Federal Reserve in coming months, which opens the door to Dollar gains.

"The Fed confirmed it expects a hot economy and prefers a "chilled" monetary policy, even as longer-term yields rise. In the near-term, this cocktail is likely to temporarily support the USD. EUR/USD will likely drift below 1.18 as vaccination execution delays keep the ECB very dovish," says Gill.

Standard Chartered say the rally in the Dollar is also likely to be felt by the 'low yielding' Swiss franc and Japanese Yen.

"However, USD strength is unlikely to dominate entirely over a 1-3 month horizon," says Gill.

Standard Chartered see the Canadian Dollar extending its recent outperformance, they forecast the USD/CAD exchange rate to slide towards 1.22.

The Pound-to-Dollar exchange rate (GBP/USD) is meanwhile forecast to push towards 1.42 as the U.S. economic expansion and vaccinations allow the respective central banks to move towards policy normalisation.

USD/CNH could drift towards 6.40 again in the coming weeks as economic data remains strong, according to Standard Chartered.

Looking further into the future, Standard Chartered say they continue to expect the U.S. Dollar to weaken on a longer 6-12 month horizon.

"Rising inflation is likely to follow today’s rising yields, resulting in an eventual fall in real (netof-inflation) yields, especially relative to other major currencies. This would be bearish for the USD medium-term," says Gill.