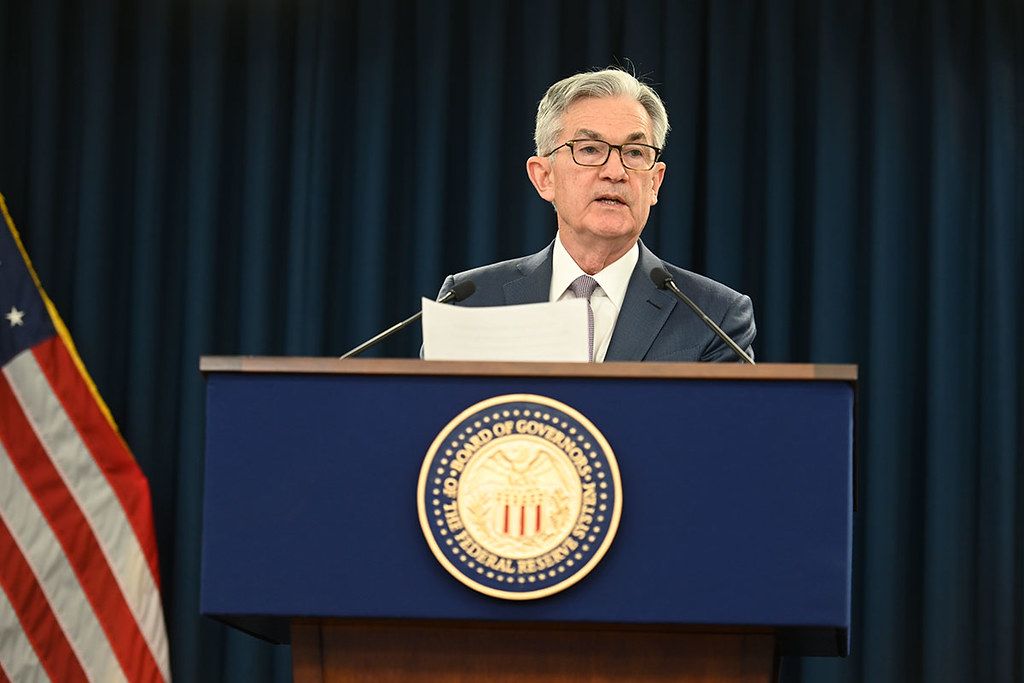 The U.S. Dollar rose broadly ahead of the weekend in response to highly anticipated comments of Federal Reserve Chairman Jerome Powell which stoked a rally in U.S. bond yields and the Dollar.

The key short-term event for financial markets, as we highlighted yesterday, was the appearance of Powell in a streamed Wall Street Journal interview where his final comments would be made ahead of the Fed's March 17 policy meeting.

We said the event would be Powell's final opportunity to address the surge in U.S. bond yields that have hit equity markets and sent the Dollar higher. The assessment of analysts was that Powell's comments would either trigger a return of the GBP/USD uptrend, or frustrate it further.

While Powell sounded 'dovish', he offered little guidance as to whether the Fed would shift its operations to try and quell rising longer-dated bond yields.

"After threatening to break higher for most of the week, the US dollar was finally given the green light to extend its recent advance following Fed Chair Powell’s comments at a virtual event," says Lee Hardman, Currency Analyst at MUFG.

The market was expecting some strong guidance on what the Fed intends to do in order to address the rising yields on ten-year bonds that have been such a source of anxiety for investors.

A rumour doing the rounds on some of the financial social media channels on Thursday suggested Powell would hint at a 'twist' operation, whereby the Fed would start buying longer-dated bonds to keep them supported and suppress the rise in yield paid on those bonds.

"Investors were expecting him to talk the yield curve down more explicitly, and when such a message did not come, they started to sell bonds," says Michael Rottmann, Head Fixed Income Strategist at UniCredit Bank. 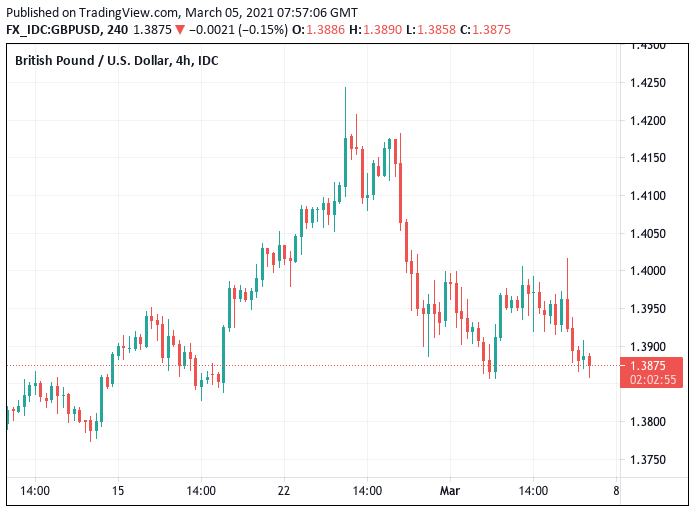 The rise in yields is at its heart a story of inflation expectations - investors are expecting higher inflation in coming months and years and they are dumping U.S. treasury bonds, particularly long dated bonds, as a result.

But this in turn pushes up the yield on those same bonds as investors demand more compensation for holding them in the face of detrimental inflation rates, which in turn raises the cost of finance for businesses and acts as a headwind to the recovery, understandably stock valuations are impacted negatively.

The 10-year U.S. Treasury yield broke above the 1.50% mark, posting another 6bp increase after the previous day’s 10bp rise.

For foreign investors however the relative rise in U.S. yields is attractive, which in turn sees the Dollar bid higher on capital inflows.

As a result of the recent developments the dollar index hit a new high for the year of 91.740 overnight, and has almost fully reversed the sharp losses recorded in December.

Should the sell-off in bonds and the rise in yields continue then the Dollar will likely find further support and stock markets will likely extend their recent sell-off.

"The rise in inflation concerns and US bond yields has spooked emerging markets and brought back memories of the 'taper tantrum' in 2013 as well as the run-up to the Fed rate hike in 2015 and fears of more Fed rate hikes in 2018," says Bernhard Eschweiler, Senior Economist at QCAM Asset Management.

In 2013 bond markets fell sharply, bond yields surged, stock markets underwent a deep correction and the Dollar rose after the Federal Reserve guided it would start withdrawing support to the economy by winding down its quantitative easing programme and raising interest rates in what was known as the 'taper tantrum'.

Another tantrum is likely in 2021 says Chris Turner, Global Head of Markets and Regional Head of Research at ING Bank N.V., arguing the Fed will inevitably have to bow down before inflation.

"By the third quarter we could see real pressure on the US Federal Reserve to justify what it's doing. 3.5% inflation, booming growth and a waning pandemic would, one would think, be compatible with “substantial further progress” – progress implies a journey, rather than an end result. Consequently, we think the Fed will taper purchases in the fourth quarter," says Turner.

This suggests to ING that the June 16th FOMC meeting, where a new round of forecasts will be presented, could be the first time the Fed feels serious pressure to take its foot off the accelerator.

ING tell clients this could illicit a negative market reaction - similar to the taper tantrum of 2013 - and that it simply cannot be avoided if inflation is indeed running hot.

"Remember, if the Fed does nothing into an inflation spurt, namely not bringing forward tapering, then bonds become even less protected from inflation, as it is effectively allowed to rip higher, eroding future fixed payments in real terms even further," says Turner.

However, there is little reason to suggest that such an event will result in a major trend turn for equity markets and the Dollar.

"Summer 2013 proved barely a blip in the long-term equity bull-market and there is no reason to think that any bond tantrum-induced equity correction this summer would be more than that, just a correction," says Turner.