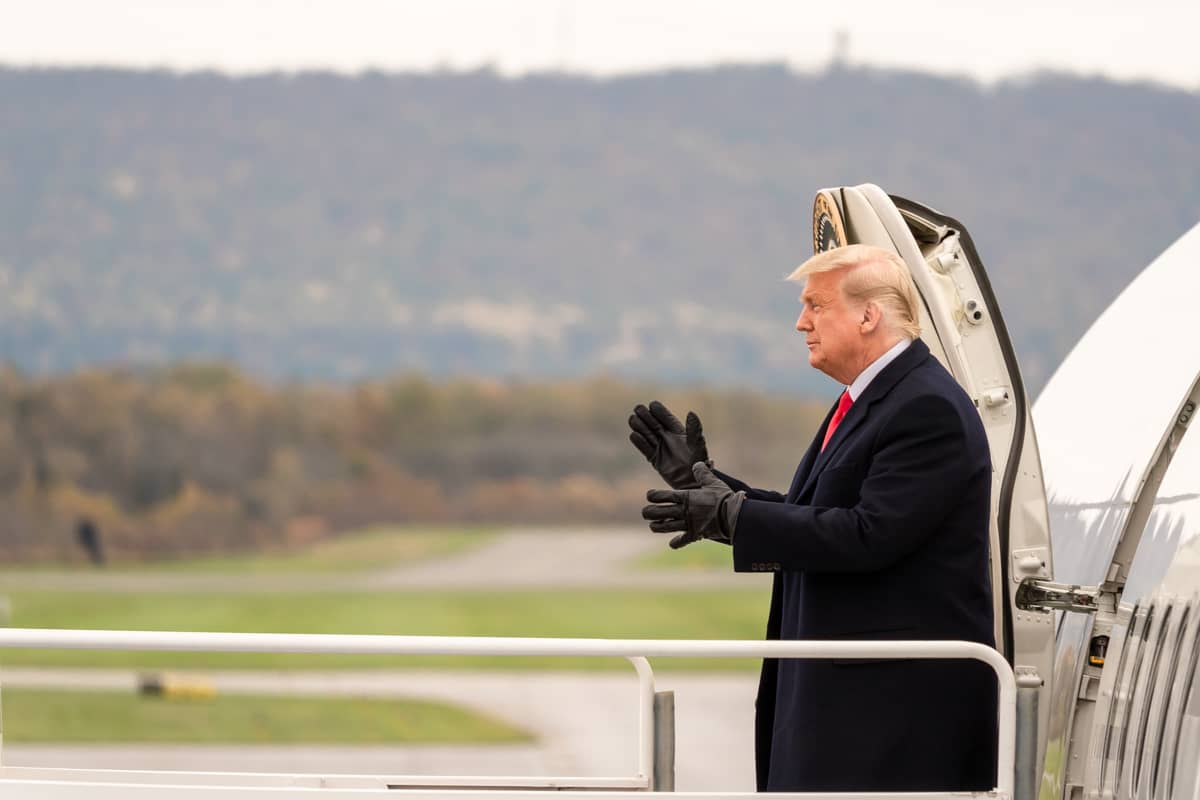 The Dollar and Yen fell while 'risk on' currencies such as the Pound, Euro, Australian Dollar and Canadian Dollar rose as investor optimism spiked higher on the day U.S. voters went to then polls.

The financial price action is symptomatic of a market that is heavily invested in a Democrat sweep of the White House and Senate based on polling and modelling that showed a significant preference for the Democrat.

A risk to the trade is that President Donald Trump performs better than the apparent consensus expectation and markets will be watching key 'swing' states for any indication that the polls have incorrectly predicted the outcome, as was the case in 2016.

"As the U.S. electorate head to the polls, traders hope that we will finally see the deadlock broken in the bid for a second stimulus package. From a market perspective, the key is to find a blue or red domination in congress that would likely provide a swift pathway to another fiscal boost in the middle of an impressive economic recovery," says Joshua Mahony, Senior Market Analyst at IG.

The Dollar fell against all its peers on Tuesday, with investors of the opinion that a clean sweep by the Democrats opens the door to a massive covid stimulus that triggers higher equity markets and the kind of 'risk on' conditions in which the Dollar tends to underperform. 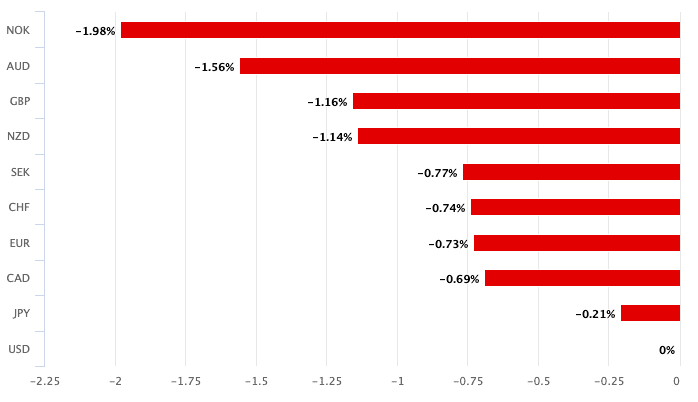 Above: The Dollar was the worst performing major currency on the day the U.S. went to the polls. Automatically secure your ideal exchange rate when reached, find out how here.

"Markets seem to be looking for the Blue wave scenario, which should translate into weaker USD due the mix of expectations for larger U.S. fiscal stimulus (which would benefit cyclical FX), the subsequent confirmation of low real USD rates for longer (as the Fed would stay behind the curve) as well as the anticipated return to the rules-based system for international relations, thus less benefiting the safe have Dollar," says Chris Turner, Head of Research for UK & CEE at ING Bank N.V.

The results of the 2016 polls was announced around 07:00 GMT, and the outcome could well be known at a similar point on Wednesday, provided the counts go to plan.

"From a short-term market perspective, it feels as though one of the most important factors for this election is going to be the speed of the process as much as the winning candidate per se," says Mahony.

A record 100 million Americans opted to vote early or via the post, which poses challenges for the speedy delivery of a result.

Should it become clear the process is likely to drag on for some time we would expect enthusiasm to be curbed somewhat, allowing the Dollar to find its way back.

"Are investors under-pricing risks of a contested outcome and ignoring other bearish macro factors, including the impact of fresh lockdowns?" asks Fawad Razaqzada, Market Analyst at ThinkMarkets.

With so much conviction, there are a few reasons why Razaqzada would urge caution:

1) expect the unexpected – a surprise victory for Trump or a contested election result could derail the rally
2) a win for Biden may be mostly priced in by now, which means investors buying on the rumours could sell the news
3) he focus could quickly return to other macro factors, not least the fresh lockdowns in Europe, with the possibility of more restrictions in the US, if new cases and deaths were to rise sharply here as well

"Bullish traders may wish to proceed with caution and need to be careful chasing the markets here, without first witnessing a decent pullback. Equally, bearish speculators will need to wait for a short-term trigger before stepping in, as the trend has evidently been quite strong so far today," says Razaqzada.