The Dollar furthered a months-long decline Thursday that some in the market view as a precursor to a loss of its position as the global reserve currency, although CIBC Capital Markets says the lack of an alternative means any steady demise of the greenback would likely give rise to a multipolar market.

Dollars have been sold en masse and in possibly record amounts these last few months as investors doubt the U.S. economy’s ability to retain an edge over the Eurozone and other economies in the economic growth race of the years head, doubts that have proliferated amid an exceptionally aggressive Federal Reserve (Fed) policy response to the coronavirus pandemic.

That policy response has seen the bank grow the number of Dollar held on its balance sheet by more than $2 trillion in the space of just two quarters where before it had taken two years to achieve such a fear, in an exertion of financial muscle that might not be possible for anybody other than the world’s most pre-eminent and exceptionalist of institutions.

“Every time the USD goes through an extended decline, investors, analysts, and pundits have been rushing to predict the demise of its role as the sole reserve currency. Indeed, we’ve heard several such calls already this year with the dollar down close to 10% from the highs in March,” says Bipan Rai, North American head of FX strategy at CIBC. “This is usually followed by long recommendations for other currencies that are primed to take over for the USD, even if there are obvious flaws that would preclude long-term viability as a reserve currency.” 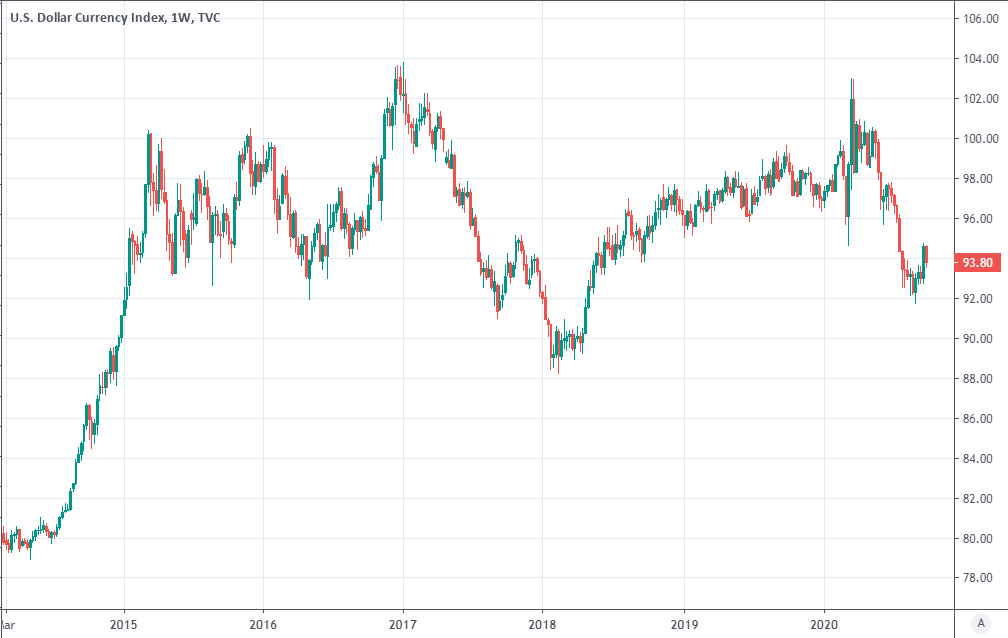 The Fed’s real world effect on the Dollar, which had reigned supreme over other currencies for two years in the lead-up to the pandemic, was visible this week when the Euro-to-Dollar rate declined an invitation to slip back below the 1.16 handle that many in the market had spent much of the last two years lusting after from the southside. Europe’s single currency quickly recovered the 1.17 handle despite a fresh expression of concern from the European Central Bank about strength in Eurozone exchange rates.

“Though progress has been made, there’s still a notable lack of fiscal integration as well as a reluctance to run excess deficits (on a sustained basis) among the core countries which will always preclude sole reserve status,” Rai says.

Dollar damage was placed under an even brighter spotlight earlier in September when the Prime Minister Boris Johnson first introduced the controversial Internal Market Bill, delivering the clearest signal so-far that the newly-minted yet domestically-embattled government would be willing to walk away from the EU without a trade deal if one could not be reached before an increasingly imminent deadline. That bill passed the first stage of the legislative hurdle this week.

“We understand the doubts. After all, there are strong signs that foreign trust in the dollar is eroding quickly,” Rai says. “For starters, the scale of deficits that the US was running prior to the crisis was already worrisome. This was due to irresponsible fiscal policy (namely the Trump tax cuts of 2017) that effectively borrowed growth from the future and unnecessarily expanded the budget deficit. Second, the Trump administration has overused the USD as a political tool.”

Pound Sterling is not a contender for sole reserve status but it’s noteworthy because throughout all of September’s uproar the big Dollar has been unable to push the previously beaten, bruised and many times Brexit-battered Pound-to-Dollar rate back below the 1.27 handle.

This is despite it having spent at least half of the last year trading comfortably below there. Clearly then, questions of whether the greenback could be on the verge of a more fundamental shift, rather than simply another turn with the economic news cycle, are not entirely unwarranted. 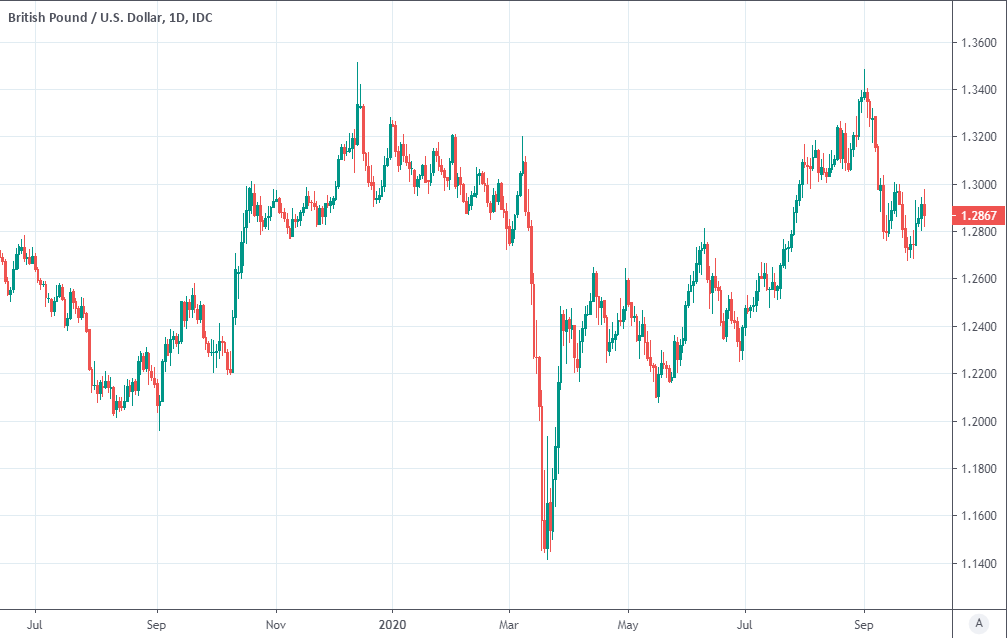 “There are genuine concerns that monetary and fiscal policy actions have worked together to hollow out the value of the USD. Naturally, this brings up fears that history is repeating itself – almost every prior episode of a global reserve currency losing its status has been preceded by an extended period of devaluation,” Rai says. “However, the USD is shielded from losing its status simply because there is no obvious alternative for markets to turn to.”

The Euro, which was conceived by treaty as a contender for reserve status if-not sole reserve status, is a comparatively new introduction to the financial markets and global economy. The unified unit has the size and most of the liquidity needed to fit the bill, many say, but the bloc lacks a crucial EU sovereign bond market and despite a much-vaunted coronavirus recovery fund, it’s far from a foregone conclusion that the EU will ever get a sufficiently large sovereign bond market or that the Euro will survive the medium-term in its current composition.

“There are several problems with the yuan. The most prominent amongst these is the lack of a domestic sovereign bond market that’s liquid enough and an elevated amount of capital controls that hampers mobility,” Rai says. “But whether the USD can remain the sole reserve currency is another question.”

Rai and the CIBC team say the idea of what makes for a suitable “sole reserve currency” is a subjective one that can vary from investor to investor, and corporate to corporate, but that there are at least three essential ingredients from their standpoint. These are first and foremost global trust in a country’s economy and its institutions. That country should ideally be a political hegemon too. Deep and liquid financial markets are another prerequisite, which is something that the EU and China both lack.

The third and final necessary ingredient is a high degree of mobility for financial capital and traded goods. With the Fed’s policy response aside, this is the area where the Dollar’s appeal has sustained the most damage in recent years, and not least of all because of the trade war with China and an increasing preference for using the Dollar’s position as the sole reserve currency as a tool for the extraterritorial imposition of American foreign policy prioties on others.

“It’s absolutely worth asking whether there’s room for other currencies to join the USD in international importance and for global markets to enter a stage where multiple reserve currencies are used. In our view, this is the most likely scenario to consider over the long-term when we consider what the next regime will look like,” Rai writes, among other things, in a briefing for CIBC clients. "Additionally, we’d highlight that a decentralized system is consistent with the theme of ‘de-globalization’. Indeed, there’s evidence that during periods where the market environment was less ‘global’, the monetary reserve system was decentralized and there were multiple reserve currencies. For instance, the pound sterling, French franc and German mark shared that honour before WWI. Between WWI and WWII, both the pound and the USD were both considered reserve currencies (even if the former was in the process of losing its status)."