The Dollar was in fresh retreat from a majority of rivals Wednesday after a short-lived rebound bit the dust ahead of the North American open when U.S. inflation figures surprised on the upside, likely aggravating investor concerns about declining inflation-adjusted returns and stoking demand for precious metals.

Dollars had already been sold heavily Wednesday when U.S. exchange rates enjoyed short-lived stability ahead of inflation data for June, which may have part vindicated recent strong gains for precious metals when it revealed a sharp increase in the consumer price index for last month.

U.S. inflation rose by 0.6% in June when consensus was for a more tame 0.3% increase. The core consumer price index, which is more closely watched by the market given it's seen as a better measure of inflation, also rose by 0.6% in what was the strongest increase for the series since January 1991.

"While much stronger than expected, that is still well below the readings seen prior to the pandemic," says Katherine Judge, an economist at CIBC Capital Markets, pointing to annual rate of core inflation that came in at 1.16% and still beneath the Federal Reserve price target. "With the recovery in the US appearing to have stalled along with the resurgence of the virus in August, further upwards pressure on prices could have been somewhat limited." 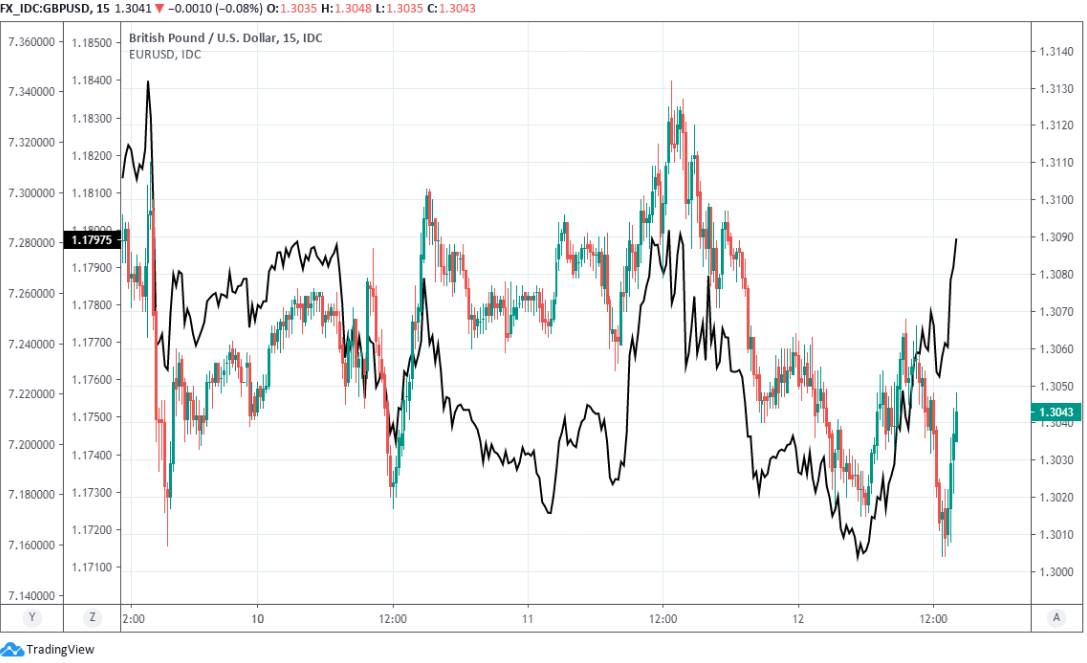 The data called a halt to a European morning rebound by the Dollar, leading to renewed gains for GBP/USD and EUR/USD but also helped to sustain Wednesday's recovery in gold prices that had softened overnight.

"The fundamental downtrend in US real bond yields is intact, suggesting the USD has scope to edge lower. Fed policy is projected to stay very accommodative for a long time even if US inflation ultimately picks up. The Fed will not risk derailing any US economic recovery and will let inflation overshoot its target to make up for periods of low inflation. As such, real US bond yields have room to fall further into negative territory," says Elias Haddad, a strategist at Commonwealth Bank of Australia.

Markets care about inflation data because it's expectations for price pressures that drive changes in the interest rate policies that are primary drivers of currencies, although but in the coronavirus plagued world of 202 central banks are widely expected to keep borrowing costs near zero for years yet.

This lower-for-longer interest rate policy eats into investor returns when combined with an economic recovery and extraordinary amounts of new money washing around the financial system that lifts inflation. Real returns can fall due to both reductions in bond yields as well as increases in inflation.

"The Fed is going to become more relaxed about letting inflation run above its 2% target. Despite the indicators in the market like TIPs and gold prices suggesting that the massive dose of fiscal and monetary stimulus we have just had, combined with a supply constraint, the output gap is still huge and the economy will run well short of its potential for many years. So that means the Fed should and could be relaxed about headline inflation running above 2% for a time, instead prioritising the employment level, but it also means inflation expectations can start to become unanchored as they did in the 1970s," says Mark Wilson, chief market analyst at Markets.com.

The Dollar Index was swimming in red Wednesday owing mainly to strong gains in the Euro-to-Dollar rate, which overlooked a worse-than-expected Eurozone industrial production number for June.

"Although many investors are likely to view the decline in precious metals as an opportunity to add exposure, we remain skeptical of further sharp appreciation as long as nominal USD rates remain entrenched in their short-term uptrends," says Stephen Gallo, European head of FX strategy at BMO Capital Markets, in a note ahead of the inflation report. "Based on numerous conversations held during the London morning, there has been at least some consternation over the degree to which the financial markets shrugged off the UK's historically large economic contraction in Q2. There are multiple reasons for this."

The Pound-to-Dollar rate was also lifting higher Wednesday but lagged the Euro, despite data confirming a historic contraction of the economy in the morning hours, while gold prices held onto gains made in an earlier rebound from lows reached overnight. The UK economy shrank -20.4% in the second quarter, less than was expected by the market but nonetheless a historic fall.

“The British Pound remains largely unperturbed," says George Vessey, a currency strategist at Western Union Business Solutions. "The rebound in economic output in June is likely supporting the pound though, but the fact that the pound is a risk-friendly currency is also helping it stay afloat amidst global recovery optimism and vaccine hopes."

Sterling rose against the Dollar following the GDP data Wednesday and potentially in order to limit the decline in GBP/EUR which, already on the back foot Wednesday owing to strong increases in Euro-to-Dollar, offered a consolation to economy. The Pound-to-Euro rate is effectively an amalgamation of GBP/USD and EUR/USD so can fall even as GBP/USD rises and is a more influential exchange rate for the UK economy.

"GBP remains closer to the bottom end of its 5-year range than the top end. That said, now is a good enough time to reiterate our preference to buy dips in EURGBP in preparation for a slow grind higher over the coming 3 to 6 months. Brexit means 'reset'. Brexit means the GBP floats," Gallo says. 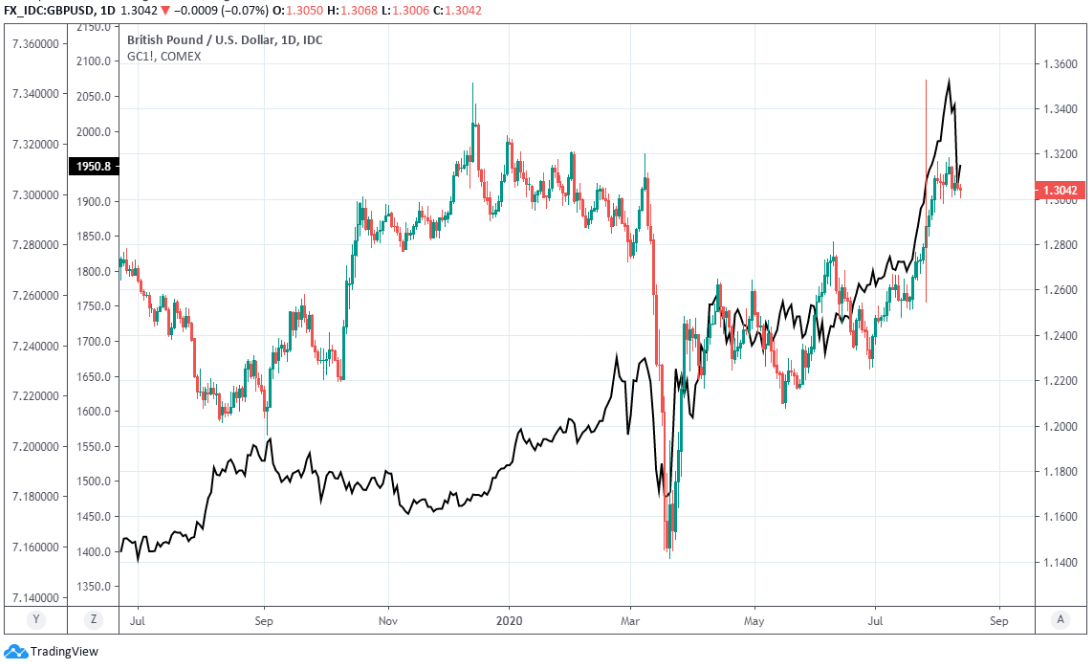