The Dollar caught a breather Friday as stock markets slipped ahead of the weekend and selling of the greenback abated from earlier levels with Americans out for the Independence Day public holiday.

Americans were big sellers of the Dollar this week with U.S. trading hours seeing some of the broadest and steepest losses that benefited all other major currencies while leaving the greenback the worst performer for the period.

But the Dollar was lifted from its lows on Thursday in what may have been pre-holiday profit-taking while the Dollar Index was listless Friday after Sterling and the Euro ceded ground to the greenback while the small Dollar bloc currencies rose, with these moves also indicative of book squaring ahead of the weekend.

Despite the risk averse bias, Australia's commodity Dollar was the outperformer.

"We’re cognizant of the technical strength we’re seeing in the Canadian and Australian dollars today, which could ultimately halt the euro’s decline," says Eric Bregar, head of FX strategy at Exchange Bank of Canada. "GBPUSD has been on the defensive ever since yesterday’s announcement about a key EU/UK negotiation getting cancelled for today. 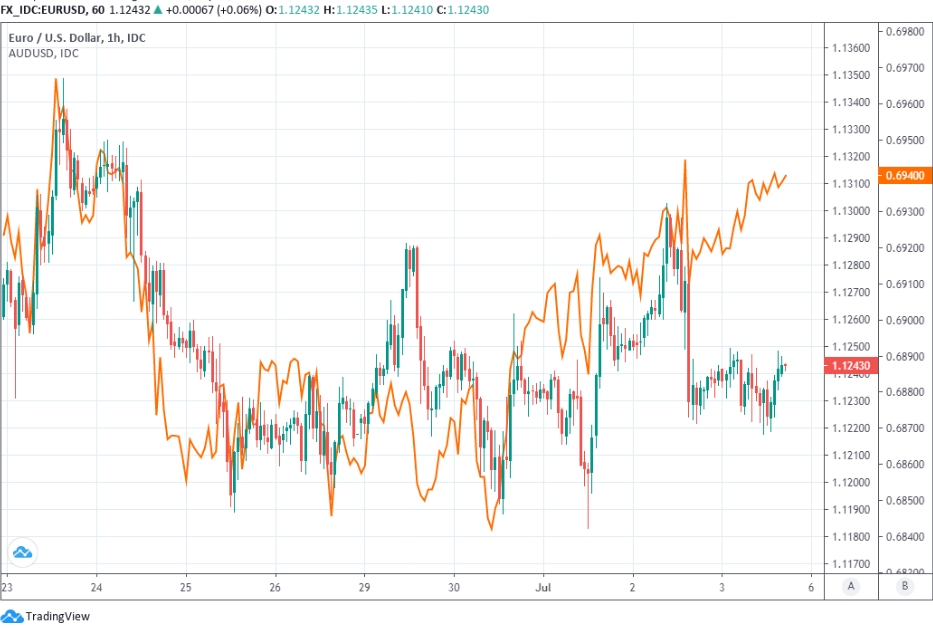 Pound Sterling had risen 1.2% for the week on Friday, its first increase since the opening week of June, but was lower by a fraction Friday after Prime Minister Boris Johnson indicated a third time this week that he's open to an Australian style trade relationship with the EU.

This would be governed by World Trade Organization terms and is what some say they meant when they used the term 'no deal' Brexit.

Johnson was reported to have told LBC Radio that such an outcome from the trade talks would be a "very good option." The comments came after Chancellor Angela Merkel said Wednesday that Europe needs to prepare for the possibility that an agreement will not be reached.

"Sterling perhaps has the most ability to move if Brexit negotiations see notable breakthroughs next week," says John Hardy, chief FX strategist at Saxo Bank. "FX traders are finding it difficult to scratch around for a driver outside of a reflexive reaction to “risk on and risk off” developments" 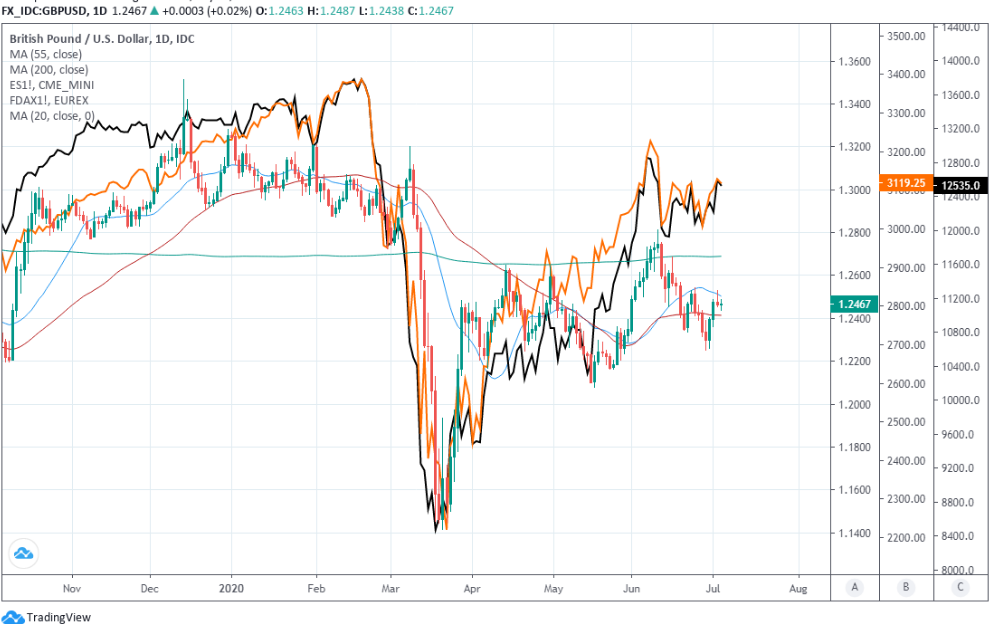 Johnson's comments might previously have been enough to leave Sterling reeling but it took an early end of the first "accelerated" round of Brexit trade talks on Thursday to wobble the currency.

British negotiator David Frost said only that "We have completed our discussion...The negotiations have been comprehensive and useful. But they have also underlined the significant differences that still remain between us on a number of important issues. We remain committed to working hard to find an early understanding on the principles underlying an agreement," while familiar complaints were heard from the European side.

Even then losses came only briefly while Sterling remained higher for the week against all major rivals except the New Zealand Dollar, indicating that the path of least resistance might now be turning to the upside.

"The dollar has gone into consolidation mode, with investors caught between hopes of recovery and fears that the US second wave outbreak will turn into something more deadly," says Chris Turner, head of markets and regional head of research at ING. "As the UK-EU trade outlook is the main GBP driver, the uncertainty associated with it suggests limited GBP upside over the summer months, with GBP remaining the G10 FX underperformer." 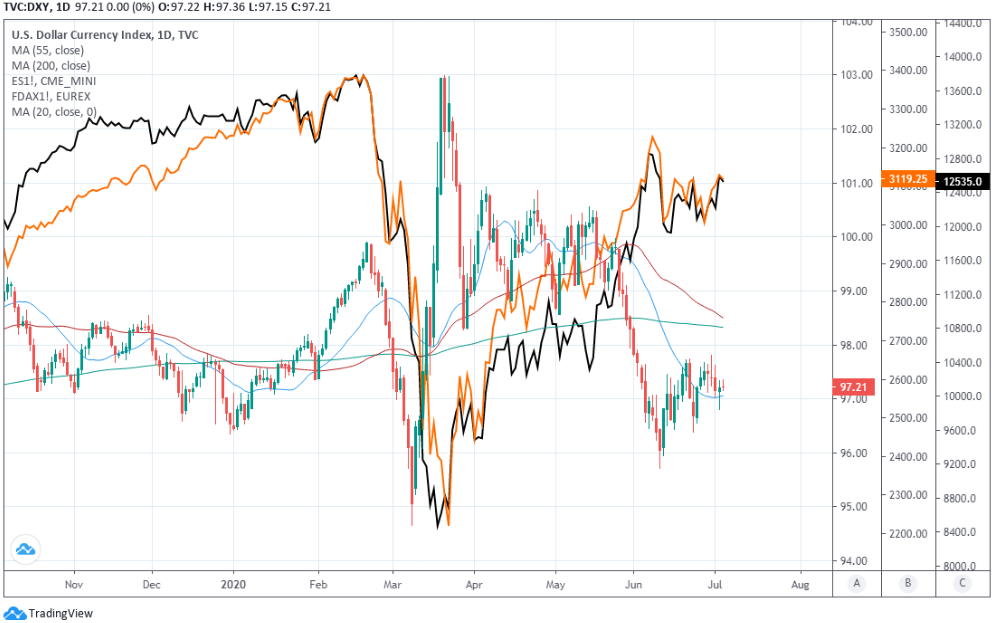 Americans sold Dollars as a second wave of cornavirus swept across the U.S. with increased momentum, leading to four consecutive days of record total case growth that has lifted both three and seven day moving averages succesively. The total number of U.S. coronavirus infections rose to nearly 2.9 million Thursday but would exceed 3 million by early next week if infections continue to grow as they have in recent days.

The second wave has seen some U.S. states retightening restrictions on activities while others have delayed attempts at repoening, all as European countries press on with reopening and their economies are thought to be enjoying a tentative rebound. The risk for the greenback is that prolonged restrictions will constrain the recovery and enable others to pull further ahead.

"It's possible to imagine that if Europe can find the right structure for joined-up fiscal policies, that could move the euro, and Europe, more than just looking at the size of the Recovery Fund would suggest. It's also possible considering what the US election could do for trade policy, and hence for capital flows from the US," says Kit Juckes, chief FX strategist at Societe Generale. "As for sterling, it's so uncool in the eyes of the world that it wouldn't be hard to improve how it looks, but I'm still waiting for a policy that moves it that way. And rather dreading the newspaper reports after pubs and shops open this weekend." 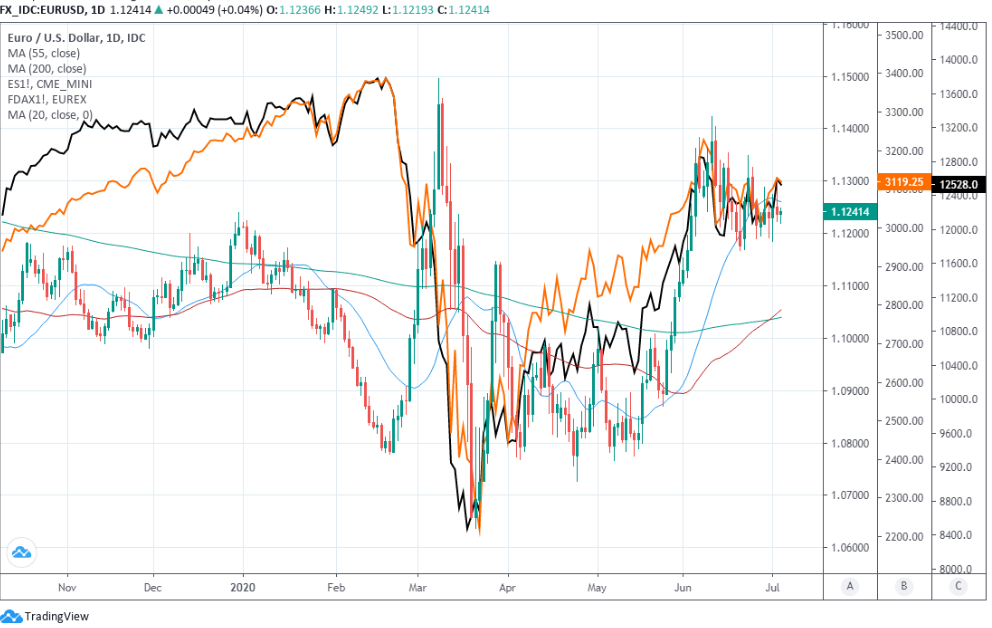