The Pound-to-Dollar rate was softer on Wednesday as risk appetite ebbed and the greenback steadied in response to mounting concerns over a growing second wave of coronavirus infections and an increase in trade tensions.

Dollars were in demand as stocks and commodities softened after official disclosures showed new coronavirus infections growing rapidly in nine U.S. states, while investors also contemplated the implicatons of a possible EU-U.S. trade war that may have grown more likely this week.

"The number of confirmed new U.S. cases rose by 34.7K yesterday, up from 23.7K on Monday last week; that's a 46.5% increase. If sustained, that puts the U.S. on course for more than 100K new cases per day by about July 10, in the absence of drastic changes in either public policy and/or people's behavior in the states where cases are rising," says Ian Shepherdson, chief economist at Pantheon Macroeconomics. "Arizona currently has the highest number of people hospitalized per million of population, at 293, but the fastest rate of increase in the country, by far, is in Texas, where the 7-day average number of people in hospital has soared by 49% over the past week."

Arizona, California, Florida, Georgia, Louisiana, Mississippi, Ohio, South Carolina, and Texas have seen explosive growth of new coronavirus infections and enough so to threaten a resteepening of the U.S. epidemic curve. Texas Medical Centre estimated Tuesday that if recent infection growth rates were sustained then Houston City hospitals would run out of bed space for patients within two weeks, and since then the infection rate has picked up.

The number of new infections declared in the U.S. each day has been rising since its nadir at 19,056 on June 10, stoking concern in the market about the prospect of a second wave delaying a recovery in the world's largest economy. Disruption would be felt beyond the borders of the U.S. and even in the absence of second waves in other countries, which could yet materialise. 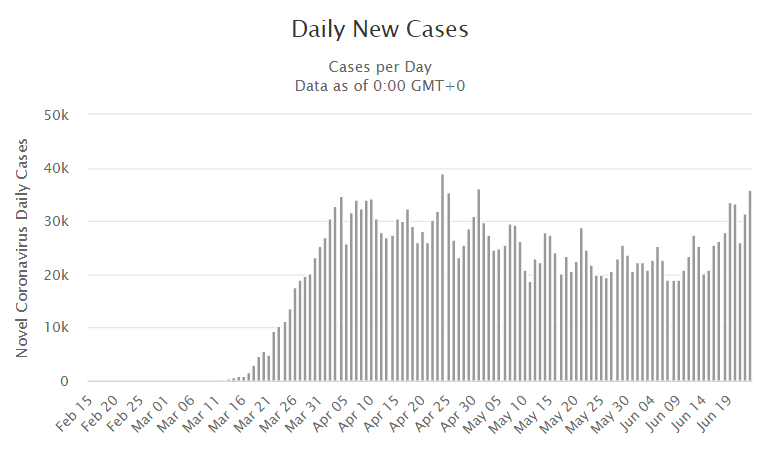 Above: Coronavirus infections reported each day in U.S. Source: Worldometers.

"The picture is becoming clearer as key pieces fall into place, but while a dollar reversal is approaching, there is still uncertainty (in Europe) and danger (in emerging markets). We yearn to write ‘just sell the dollar', but we're not virologists and it's still too soon to go short across the board, even if we expect the dollar to be weaker against the euro and most of the G10 currencies in a year's time," says Kit Juckes, chief FX strategist at Societe Generale.

America did not contract the coronavirus until mid-March nearly when many large European countries were either already in 'lockdown' or were on the verge of it, but by April 16 the White House had set out plans to enable individual states to reopen according to their own risk assesments.

The U.S. announcement came hard on the heels of equivalent plans from Germany on April 15 and could mean it was always likely to experience a second wave first, but this doesn't mean European countries won't experience second waves in the coming weeks.

Many are contemplating relaxing travel restrictions with each other as well as with China, where the reliability of official disclosures is questionable at best.

Meanwhile, new cases reported globally each day have set new highs since May 21, albeit in a staggered fashion, with a pickup last week as outbreaks in large but developing countries like India gathered pace. 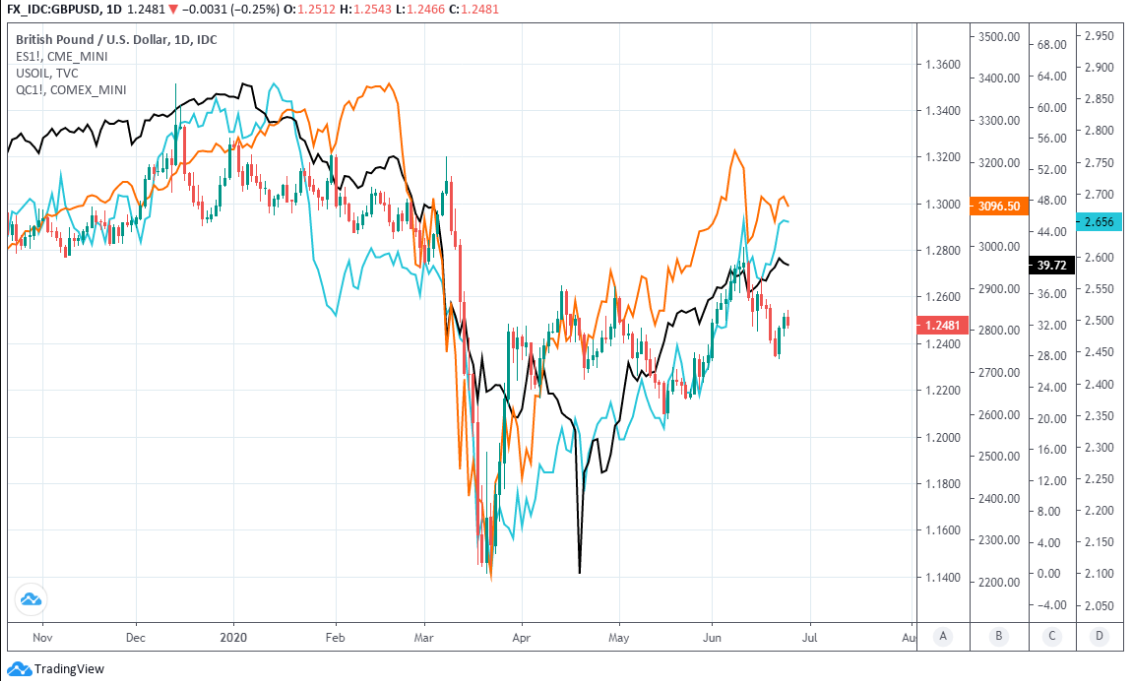 "This is clearly retaliation against EU’s plans to press ahead on a far more important and sore issue for the US – digital taxes. Tensions have been ratcheting up of late - including reports that the EU may continue to restrict travel from the US as it opens its borders. This is something you shouldn’t ignore as a transatlantic trade war is a real risk," says Bipan Rai, North American head of FX strategy at CIBC Capital Markets. "We like selling USD strength, particularly against the EUR."

The Dollar had fallen back toward its March lows and to levels equivalent to those prevailing at the end of 2019 this month, while stock markets had all but wiped the coronavirus off the charts after having dragged riskier currencies higher with them. But these might have been misplaced bets on the part of investors given the U.S. second wave and fact that Washington appears to be sharpening its knives with one eye on the European Union.

Any spat with Europe would be coming as tensions rise between the U.S. and China as well as with a border dispute between the world's second largest economy and India simmering away in the background.

This all takes place as President Donald Trump's support is reported to be flagging, with many polls suggesting a shift toward Democratic Party frontrunner Joe Biden ahead of November's election, although all of those same polls had the Democratic Party candidate as the likely winner back in 2016.

The Chinese Communist Party is behaving in ways that fundamentally put the American people’s security at risk. The @realDonaldTrump Administration is the first in decades to take this threat seriously.

United States trade representatives said Wednesday they're mulling the idea of placing additional tariffs on a range of exports from France, Germany, Spain and the UK that are collectively worth around $3.1bn per year as part of its lawful retaliation over subsidies for Airbus, a private firm that's nearly one half controlled by European governments and which has benefited substantially from so-called "state aid" over the years. Further information is here.

"By our calculations those tariffs would be worth about 0.6% of 2019 US merchandise imports from the EU by value," says Stephen Gallo, European head of FX strategy at BMO Capital Markets. "We continue to think that a EU-27/UK FTA is possible by the autumn, but the US's threat to impose new tariffs on the UK and EU-27 countries means UK/US FTA discussions might be expected to proceed just as quickly. The rapidity with which certain agreements might be struck this year means unfinished business will probably carry over into 2021 - and this suggests that a decisively thick layer of uncertainty will continue to hang over the global trade picture." 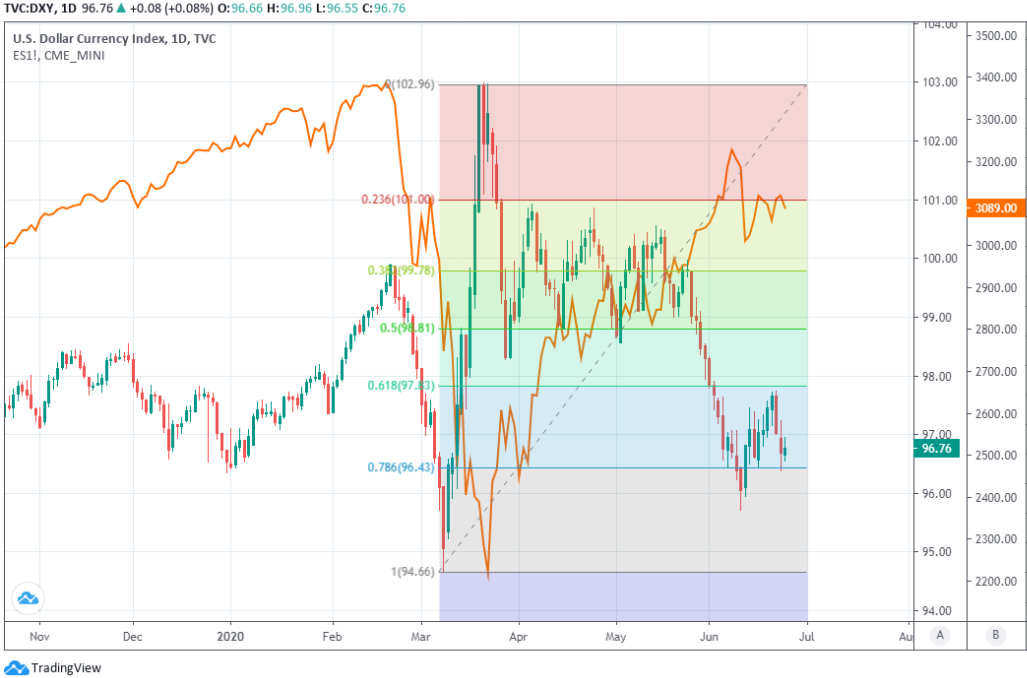 The U.S. is entitled under the terms of a World Trade Organization ruling to vary the tariff rates applied and alternate the products targeted as part of its response, although analysts say Wednesday's decision to actually do so reflects rising tensions with the EU which risk turning into an all-out trade war.

Such a levy would see technology firms above a certain size targeted with turnover taxes rather than profit taxes, which would be a burden for mainly U.S. companies given American success in technology. The idea was advanced by France in 2019 and drew White House threats of retaliation at the time.

On June 02, 2020 the U.S. Trade Representative opened a section 301 investigation, less than a week after EU chief executive Ursula Von der Leyen set out a range of plans that included the proposal for a digital tax.

"Short term risks are that when the EU re-opens its borders in July, US citizens will now be excluded. Quite the movie plot-twist in that development given how that travel dynamic played out earlier in the year. Meanwhile, the world virus situation continues to rapidly deteriorate, and reports are health-care professionals are looking ahead to the looming ‘flu season, now just a few months away, and fear a deadly confluence of Covid and influenza," says Michael Every, a global strategist at Rabobank. 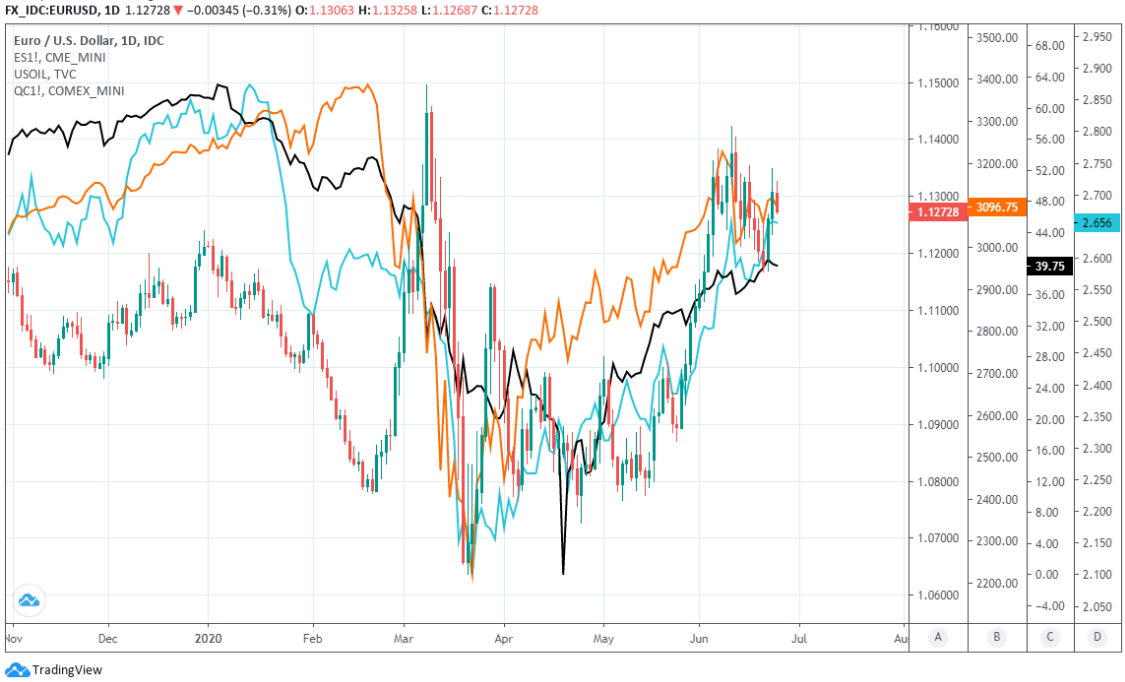