- Weekly close below to condemn GBP to more losses next week.

- 1.2700 level widely tipped as next destination for the GBP/USD.

The Pound-Dollar rate was probing below a key support level on the charts in the final hours of trading this week and an evening close beneath it would condemn Sterling to more losses in the days ahead.

Sterling tested the waters below 1.29 against the Dollar around the London close Friday and if it’s unable to reclaim that threshold by the time North American traders head home for the weekend the Pound-Dollar rate could slide back to October 2019 levels next week.

“We acknowledge that this support is exposed. Failure at 1.2905 would put the 55-week ma at 1.2805 and the 200-day moving average at 1.2694 back on the plate,” says Karen Jones, head of technical analysis for currencies, commodities and bonds at Commerzbank in a morning note to clients. 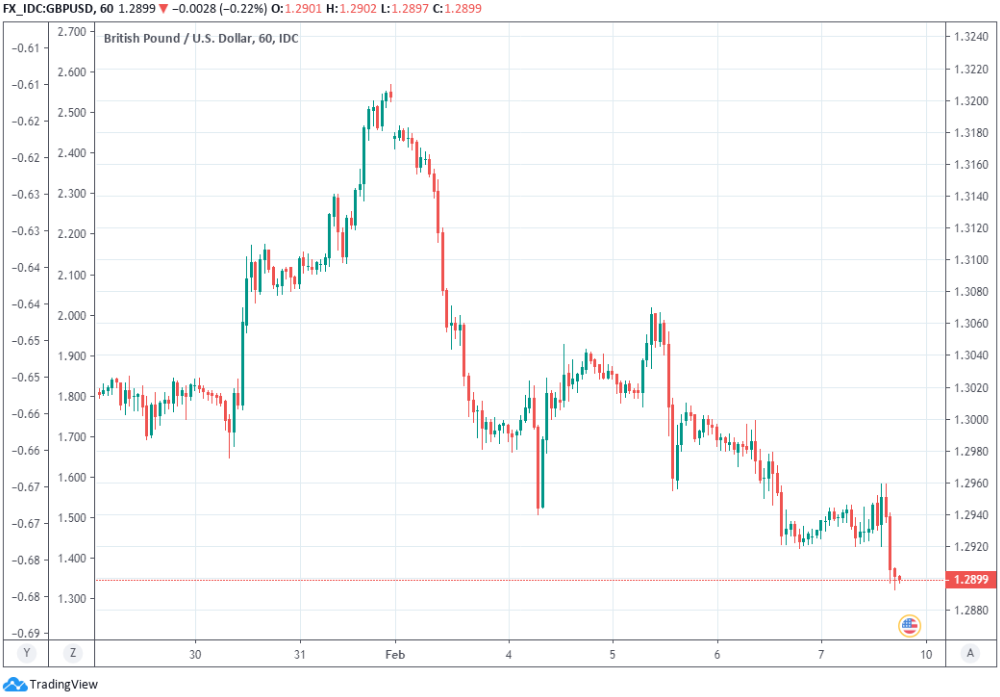 Friday’s price action saw the Pound-to-Dollar rate risking a move below 1.29 from the get-go although after a brief and ill-fated climb in the morning hours the British currency was again on the verge of a breakdown ahead of the weekend.

1.2905 is the lower end of a resistance pocket that barred the path higher for Sterling on several occasions in the second half of 2019 however, and in keeping with technical convention, that level converted from resistance to support once it was overcome in response to Prime Minister Boris Johnson’s October declaration that he’d agreed exit terms the EU.

And in keeping with that earlier experience, the level has provided Sterling with strong support twice since the early days of October, although its now being broken amid a strengthening of the U.S. Dollar and ‘no deal’ Brexit risks that look set to again tar the outlook for British exchange rates. 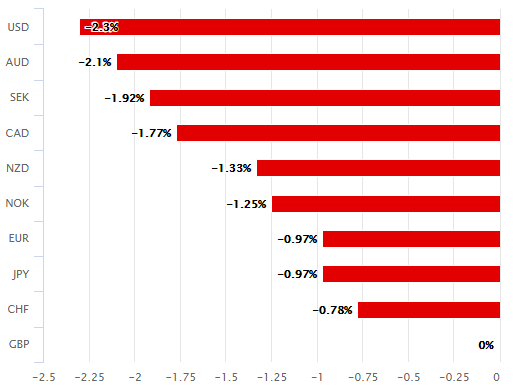 “Markets are back to pricing in negatives for sterling that resemble the “no-deal” premium we saw weighing on the currency for a large portion of the past two years. Indeed, with the UK-EU trade negotiations starting on a very confrontational tone,” says Chris Turner, head of strategy at ING. “The dollar is outperforming once again as the coronavirus and its impact on global supply chains is seen as a greater problem for Asia, Europe and the commodity producers...the DXY is now pushing back towards 100."

Pound Sterling’s extension to the downside came in the wake of a strong January non-farm payrolls report from the U.S., which has further burnished the already-improving credentials of an exceptionalist U.S. economy. ING tips 1.2780 as the bottom of next week's likely range.

Exceptionalist credentials are driving a renewed divergence between the U.S. and economies elsewhere, which is squeezing U.S. Dollar bears who’re still betting the Federal Reserve will cut interest rates again this year despite the bank’s remonstrations against such wagers.

U.S. jobs growth was robust last month, official data revealed Friday, while Institute for Supply Management (ISM) PMI surveys have pointed to a January pick-up in GDP growth at a time when the economy was already expanding at more than twice the pace of the Eurozone and nearly four times that of the UK. 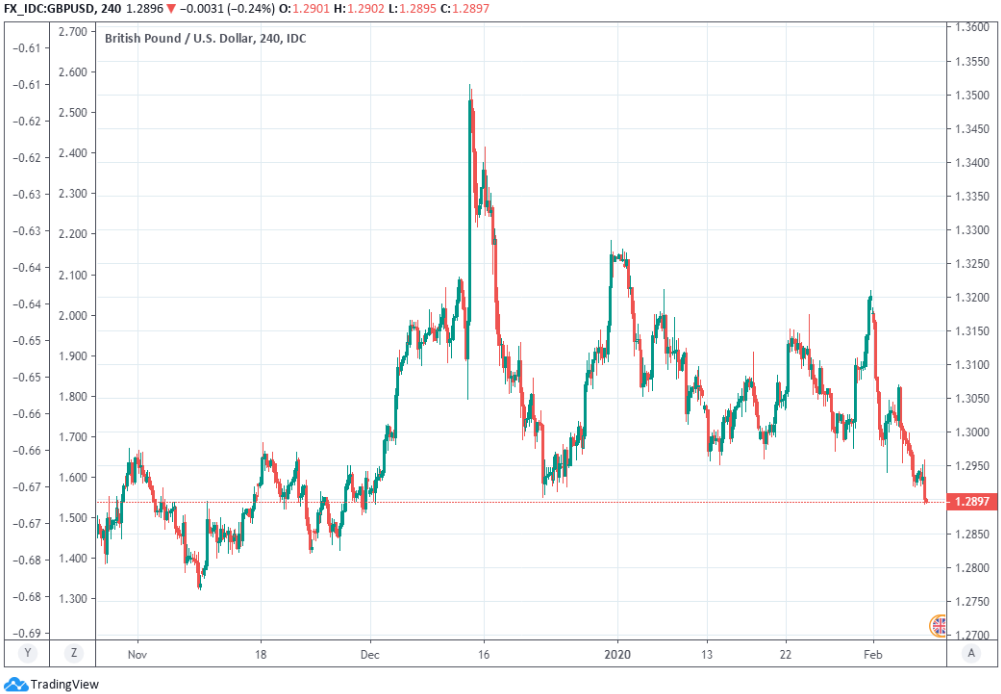 Transatlantic economic divergence will further entrench and already steep interest rate differential that’s rendered the Dollar the only game in town for yield hungry investors, with the smaller Canadian Dollar being the only exception.

That’s bad news for low-yielding currencies in general, but especially those that could be subjected to rate cuts in the months ahead - like the Pound.

Saxo Bank's Breakout Monitor identified Sterling as a good candidate for short-selling earlier this week while Hardy advocated on Thursday that clients bet on a fall from 1.2960 to 1.2710. A bet that’s paying off handsomely so far.

The bank also has a bullish view of the U.S. Dollar across the board and is growing concerned about the outlook for commodity prices in light of the coronavirus outbreak and uncertainty, if not outright doubt, about the reliability of China's disclosures on the matter.

Coronavirus concerns have the capacity to foster risk aversion among investors, which would always benefit the safe-haven Dollar at the expense of the Pound. 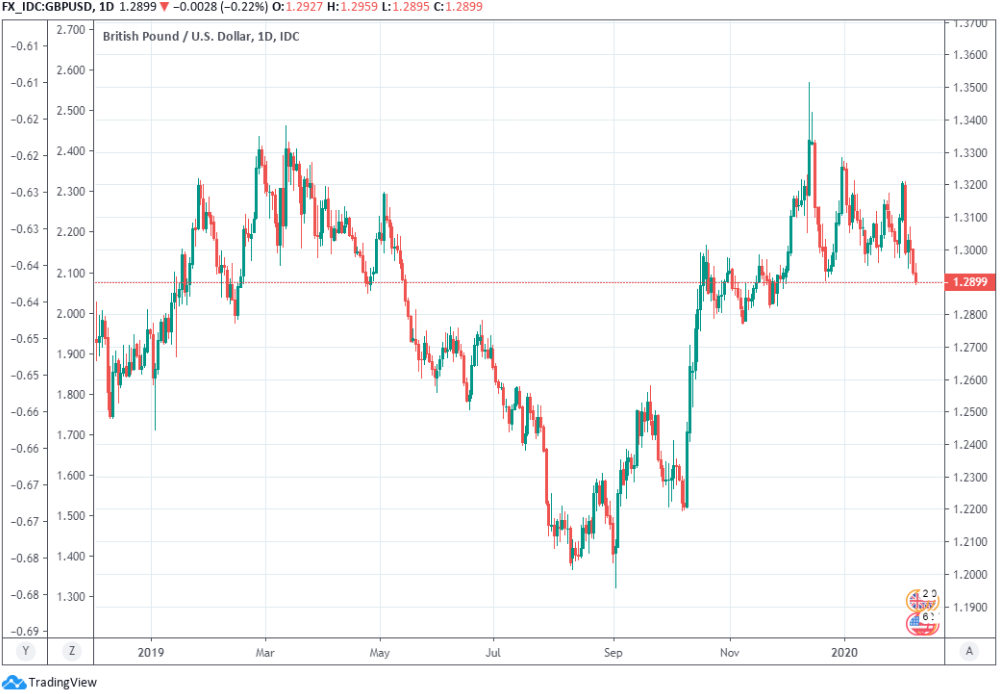