- USD clears board of opposition after ISM services blowout.

- December's nonfarm payrolls consensus may be too optimistic.

The Dollar cleared the currency market board of all opposition late on Tuesday after an influential Institute of Supply Management (ISM) survey pointed toward an uptick in U.S. services sector output at year-end, easing fears of an imminent slowdown in the world's largest economy.

Sterling was quoted 0.35% lower at 1.3126 against the Dollar ahead of the London close although that figure does no justice to the scale of the move seen relative to other currencies after the December ISM non-manufacturing PMI beat an already optimistic market consensus. The greenback was more than 1% higher against the Aussie and 0.64% higher against the Norwegian Krone, with similar gains also racked up over other rivals too.

The ISM non-manufacturing PMI rose from 53.9 to 55.0 for December when the market was looking for an increase to only 54.5, although gains were mainly the result the of an increase in the current activity index. All other subindices either remained static or continued earlier declines.

"While the services side of the US economy appears to still be expanding, monthly movements of this magnitude aren't necessarily indicative of an acceleration in GDP growth," cautions Katherine Judge, an economist at CIBC Capital Markets. "In line with the ISM's manufacturing employment sub-index, there was a slight decline in the services employment sub-index, leaving us comfortable with our slightly below consensus forecast for non-farm payrolls." 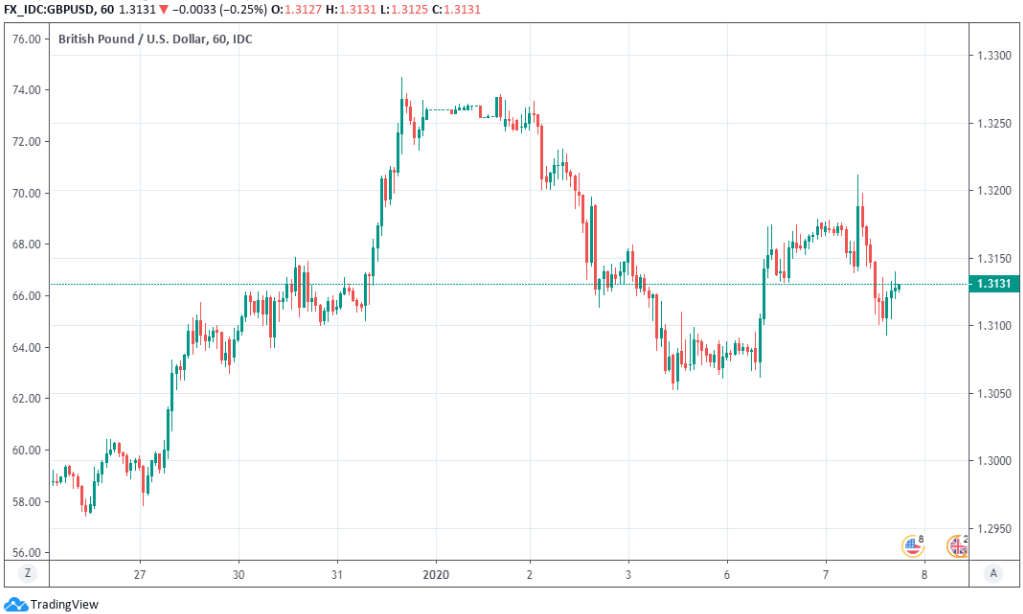 The ISM's employment subindex dipped 0.3% in December while the new orders index fell 2.2% and the prices gauge was unchanged. The jobs number follows a similar decline in hiring within the manufacturing sector, which was revealed last week by the ISM's sister survey of industrial firms.

Employment gauges within the ISM's services and manufacturing surveys provide economists with a reliable early steer on the likely pace of payrolls growth in the overall economy each month and CIBC's Judge has tipped clients that December's ISM numbers don't bode well for Friday's jobs report.

"It appears that firms have responded immediately, and positively, to the news that the Phase One trade deal would prevent the imposition of further tariffs," says Ian Shepherdson, chief economist at Pantheon Macroeconomics. "The key number is the employment measure, which dipped trivially to 55. from 55.5, so it has held most of the gains since its recent low, 50.5 in September, immediately after the tariffs were applied to consumer goods." 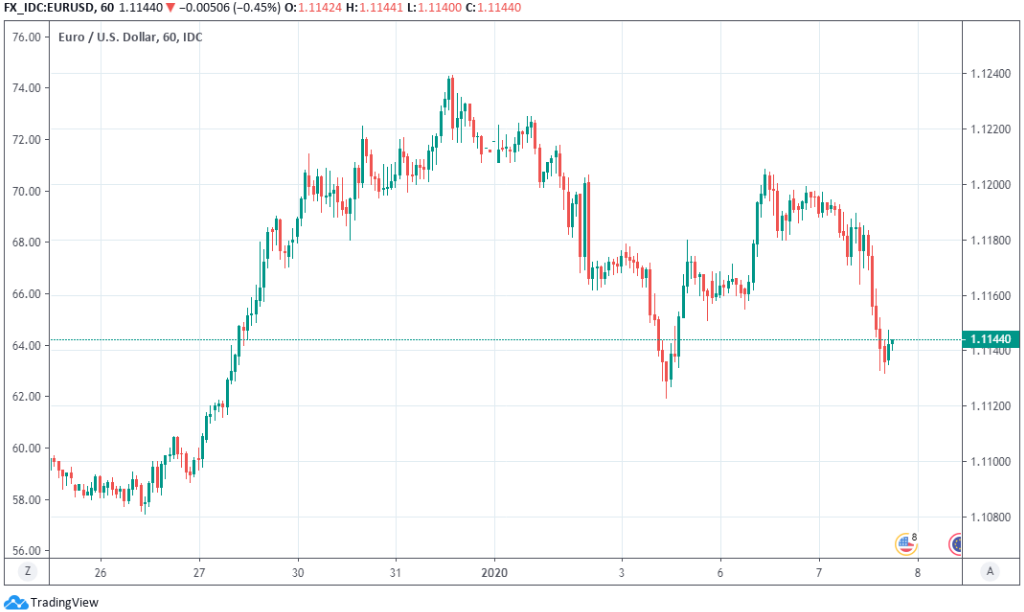 Friday's jobs numbers will be scrutinised closely by investors because a turn for the worse in the labour market could undermine the entire economy. However, some other economists have read the numbers differently to CIBC's Judge, and Pantheon's Shepherdson is one of them.

Shepherdson says Tuesday's ISM survey points to payrolls growth of around 180k, but consensus is looking for an increase of only 150k. The nonfarm payrolls report will be released at 13:30 Friday and its actual numbers will either vindicate expectations among some investors that the economy slowed in the final quarter, or completely undermine them as well as the trades of those investors who're betting against the Dollar

"The employment components of the ISM surveys act as a good indication for near-term payroll gains. The non-man employment component declined modestly in December, but at 55.2 suggests a solid read for nonfarm payrolls," says Sarah House, an economist at Wells Fargo. "This report should calm fears of weakness in the ISM manufacturing index spilling into the service sector." 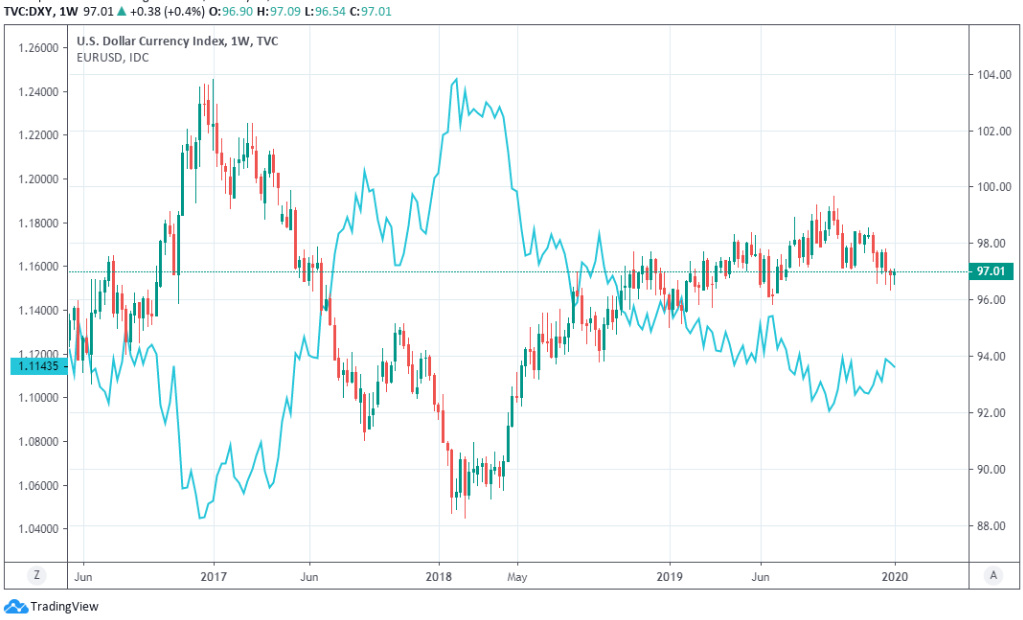 'Nowcast' estimates from regional branches of the Federal Reserve have pointed consistently in recent months to a final quarter slowdown and many in the market still anticipate weaker growth for the year-end period and in 2020. But with signs of a modest economic thaw having emerged in Europe, China and elsewhere of late, any data that confirms a U.S. slowdown in the weeks and months ahead could prove fatal to the two-year upturn seen by the Dollar.

"The main drivers behind this recent strength in EUR/USD has been a series of stronger than expected Eurozone PMIs (other data), a US ISM Manufacturing report printing its lowest since 2009, and tensions in the Middle East simmering somewhat," says Fritz Louw, an analyst at MUFG. "Slowing US growth combined with a modest recovery in Europe will lead to a steady grind higher for EUR/USD in the year ahead."