- USD on course for 4th straight gain in pre-holiday trade.

- Spiralling EUR lifts the USD but many others in the mix too.

- Ladder of options expiries near open price weighs on EUR.

- As Trump pumps markets with bullishness on China talks.

The Dollar was on course for a fourth consecutive gain Friday after advancing on most major counterparts in pre-holiday trade, although the Euro's woes more than offset strength in the Pound as President Donald Trump pumped markets with bullish talk of progress in negotiations with China.

President Donald Trump said via his Twitter account late Friday that China has already begun the "large scale purchases" of agricultural products that agreed to make as part of the 'phase one deal' said to have been struck last week and that a ceremony where the pact will formally be signed is in the pipeline.

A spokesperson from China's Ministry of Commerce told a press conference Thursday the deal's contents would be made public only after such a signing ceremony has taken place.

Trump's White House said last Friday China had agreed to make regulatory changes and to purchase large amounts of agricultural products. And since then U.S. officials have claimed agricultural purchases will be $32 bn over two years and that China's imports from the will rise by a total of $200 bn. Trump's comments helped the S&P 500 stock index to a 0.47% gain Friday.

Such gains for the U.S. stock market can have a significant impact on many exchange rates but especially the USD/JPY and Euro-to-Dollar rates because Japanese investors are very active in American markets and the Euro has increasingly been billed as a so-called 'funding currency' in recent months. Funding currencies are those which investors borrow because of their low interest rates, only to sell them in exchange for higher-yielding rivals in 'carry trades' that can often be profitable during times of low market volatility.

"The [Dollar Index] trading range from intra-day low-to-high for the year is currently 95.029-99.667, or 4.9%! That’s the narrowest calendar year trading range on record for DXY. We do not see anything over the Christmas/New Year holiday period that will threaten that range and low volatility is very likely to persist," says Derek Halpenny, head of research, global markets EMEA and international securities at MUFG. "A currency to watch over the coming two weeks in the G10 space might be AUD. Short-term yields are breaking higher." 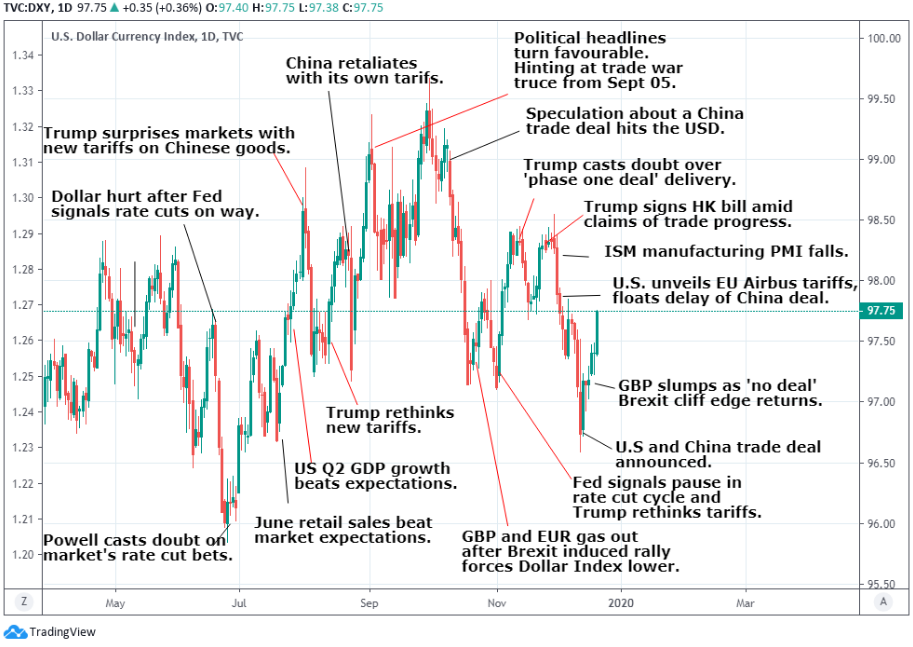 'Carry trades' could well have helped to put the Euro-to-Dollar rate on its back Friday although nobody could say with any certainty and there was also a large ladder of lumpy options expiries beginning just above the Euro's London morning level of 1.20, spanning the distance between 1.1130 and the 1.12 level.

Those options covered close to $7 bn worth of Euros and will likely have cost the writers of them an increasingly large bomb had the Euro-to-Dollar rate risen and held above 1.1130. The Euro slipped lower from the get-go Friday and was quoted at 1.1070 a short time after the London close. 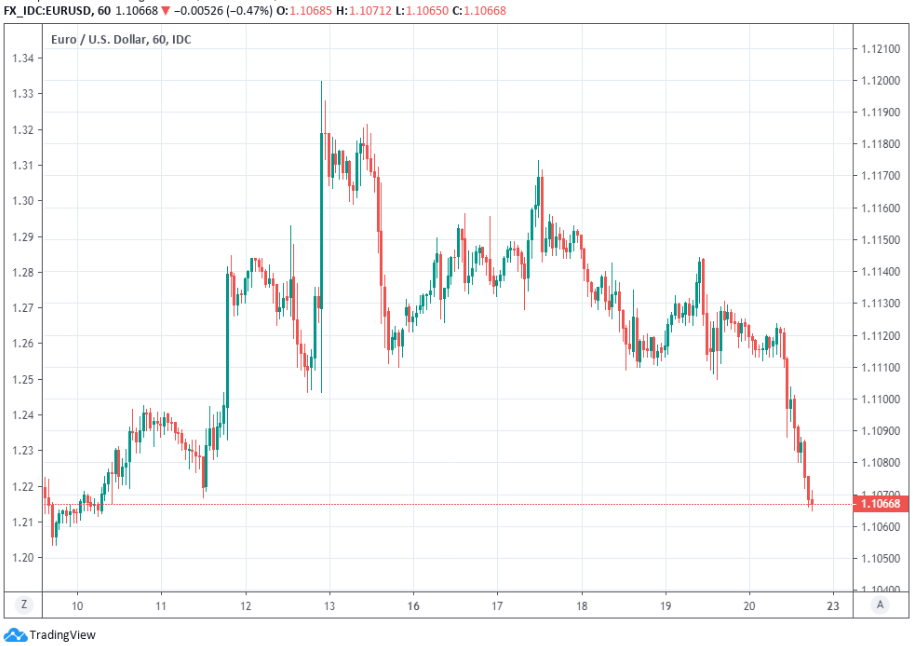 Europe's single currency accounts for 57% of the ICE Dollar Index and so a fall by it alone can often be enough to turn the Dollar higher even when the greenback is down against many of the index's other constituents.

"The euro is consolidating in about a ten tick range near the week's lows. It reached almost $1.1105 yesterday after having been turned back from nearly $1.12 at the end of last week," says Bannockburn's Chandler.

The Dollar Index was 0.34% higher Friday although the greenback had also risen against all of the other index members except the Pound and Aussie. 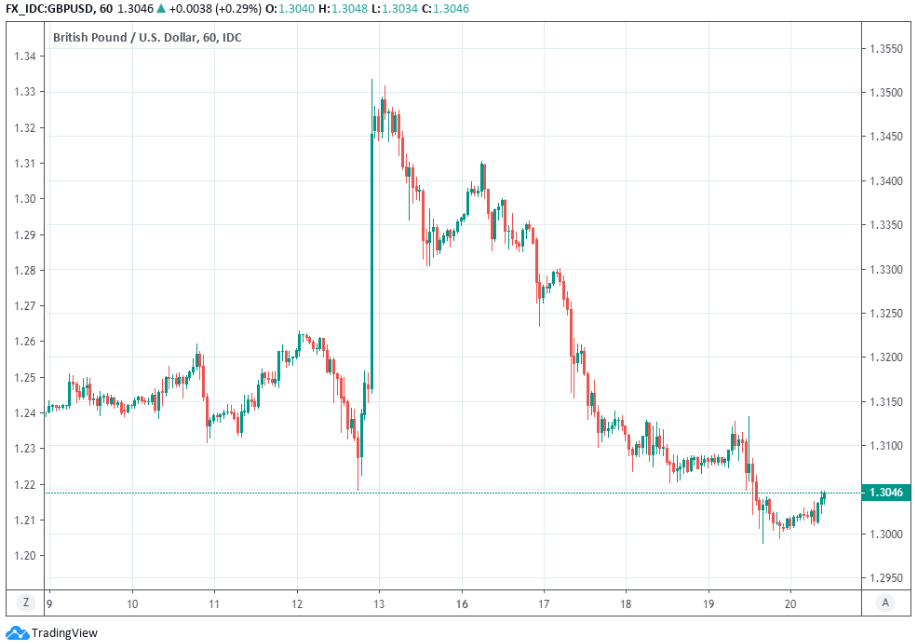 The Pound rose against all major rivals in the final session of the week and was underpinned by technical support on the charts as Prime Minister Boris Johnson sought in parliament to 'get Brexit done'.

Prime Minister Boris Johnson passed an amended Withdrawal Agreement Bill (WAB) through the House of CommonsFriday, setting the ball rolling on the new government's attempt to 'get Brexit done'.

Sterling was the best performing major currency on Friday after finding support on the charts but it's bottom of the G10 bucket for the week overall and by a country mile as well, with the British currency having shed more than 2% against every one of its most frequently traded counterparts.

The Pound was aided on Friday by an upward revision to the Office for National Statistics estimate of UK GDP growth in the third quarter. It also spent time contemplating the possible implications of HM Treasury's appointment of Andrew Bailey as next Governor of the Bank of England.