- GBP/USD is in a new short-term uptrend, but could be overbought

- Potential for a pull-back before a continuation higher

- Pound to be impacted by leadership race; Dollar by CPI data

The Pound-to-Dollar rate is trading at around 1.2732 at the start of the new week, after rising 0.8% in the previous week. Studies of the charts suggest that, notwithstanding a temporary pull-back, the exchange rate is set to continue rising over the next five days.

The 4-hour chart shows the pair has formed a divergence with the RSI momentum indicator. This happens when price makes a new high but it is not corroborated by the RSI. The divergence suggests there is a risk GBP/USD could pull-back, temporarily, probably to support at 1.2670. 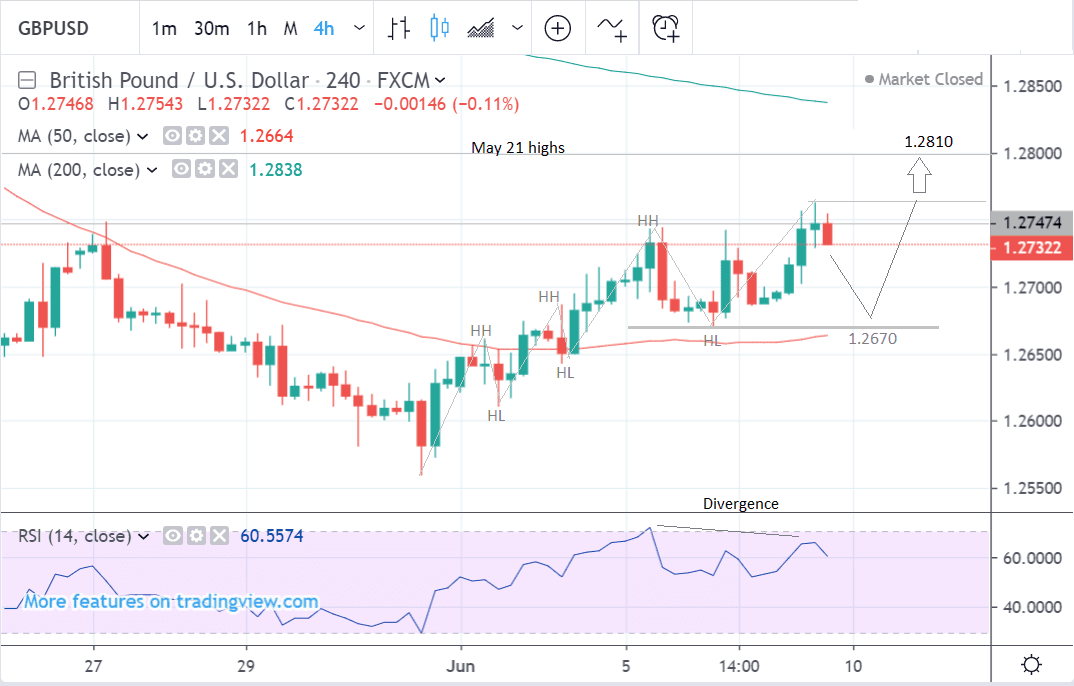 Overall, however, it has established a new short-term uptrend, supported by the fact price has formed three sets of higher highs (HH) and higher lows (HL).

Given the old adage that “the trend is your friend” this new uptrend will probably continue higher to a target at 1.2810 and the May highs within the coming week.

The daily chart is bullish and shows the pair will probably rise up to a target at 1.2850 over the next 1-4 weeks. 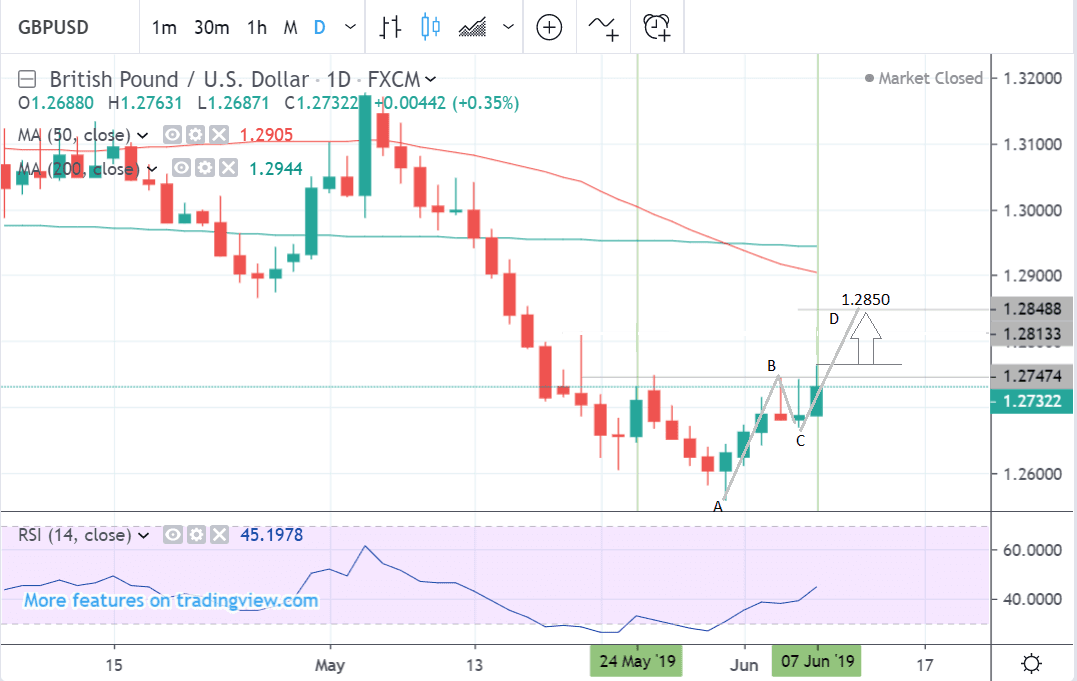 The RSI momentum indicator is actually quite bullish on the daily chart. It is relatively-speaking higher on June 7 than it was when the market was at a similar level back around May 24, and this indicates underlying bullish momentum.

The pair also appears to be forming a possible ABCD or Gartley pattern which is usually composed of three moves in a zig-zag higher in which move’s AB and CD are of a similar length. This further indicates the market will probably reach the 1.2850 target.

The weekly chart - which allows us to take an overview of the broader picture - shows the long-term trend is bearish and that over the next few months the pair will probably continue lower to the next target at 1.2380, and the 2018 lows. 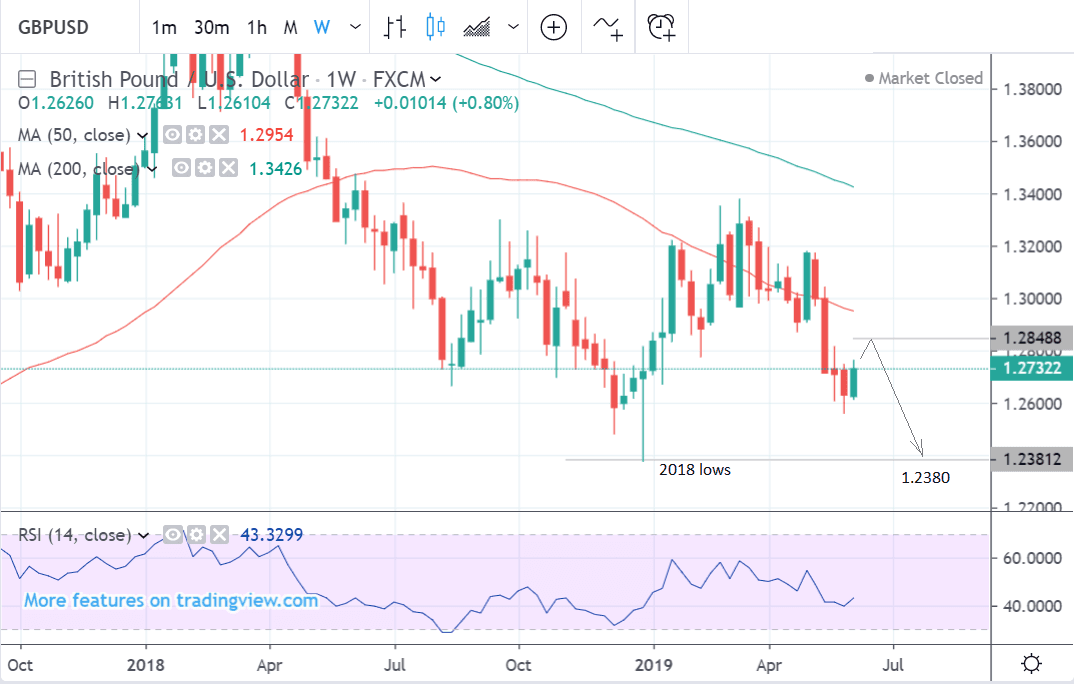 The most important data releases for the U.S. Dollar in the coming week are Inflation (CPI) and retail sales.

Core CPI is seen as a more accurate gauge of inflation in the domestic economy than broad CPI, since it cuts out the more volatile oil and food components which can be attributed to seasonal and global factors.

A higher-than-expected result could push the Dollar higher since it could be evidencing growth - and vice versa for a lower result.

The greater risk is that lower-than-expected inflation increases pressure on the Federal Reserve (Fed) to cut interest rates.

This would be detrimental to the Dollar since lower interest rates tend to weaken currencies because they make the country less attractive as a destination for foreign investors to park their capital.

The Fed chairman recently hinted he might be more willing to consider a rate cut to support growth due to the dampening influence of slowing global growth. A lower inflation print would be seen as pushing him even more in the direction of a cut.

Retail sales is expected to show a 0.6% rise in May compared to the month before when it is released at 13.30 on Friday, June 14. Core retail sales, meanwhile, is forecast to rise by 0.4%.

Retail sales is an important indicator of consumer demand and since consumers are the biggest contributors to the U.S. economy, it's a key gauge of economic health and growth. If it rises higher-than-expected it will probably support the Dollar, and vice versa if it declines.

Industrial production is expected to show a 0.2% rise in May when it is released at the same time - it too is an important gauge of growth.