The Pound-to-Dollar rate edged higher during early noon trading Wednesday following a punishing start to a holiday-shortened week but the British currency is at risk of another sharp lurch downward over the coming days, according to technical analysts.

Pound Sterling ceded significant ground to a rampantly strong Dollar during the Tuesday trading session as investors responded to a combination of upgraded estimates for U.S. growth during the first-quarter and data suggesting the Eurozone economy was still struggling early in the second quarter.

That turn of events threatened the market consensus on the Dollar this year, which is that a slowdown in the U.S. will occur at the same time as global growth begins to pick up, ending the Federal Reserve rate hiking cycle and driving capital toward more alluring jurisdictions where rates may eventually rise.

"Price action appears to be breaking lower which would confirm a top that has been traced out over the past two months. A close below 1.2949 sets up a measured move to the 1.2560 mark," says Bipan Rai, a macro strategist at CIBC Capital Markets. "Our Quantitative model still likes the GBP, so we’ll stay on the sidelines and wait for more confirmation that a break lower is underway."

The Pound fell below the 1.2949 markTuesday and remained there into the Wednesday session, although it might require another daily close beneath that threshold in order to trigger the kind of additional losses that CIBC envisions.

Rai notes that Chicago Futures Trading Commission data suggests investors have bet more on the Pound than they have against it of late, making for a 'net-long' position in Sterling. This could be said to leave the Pound especially vulnerable to weakness if the outlook for currency turns sour. 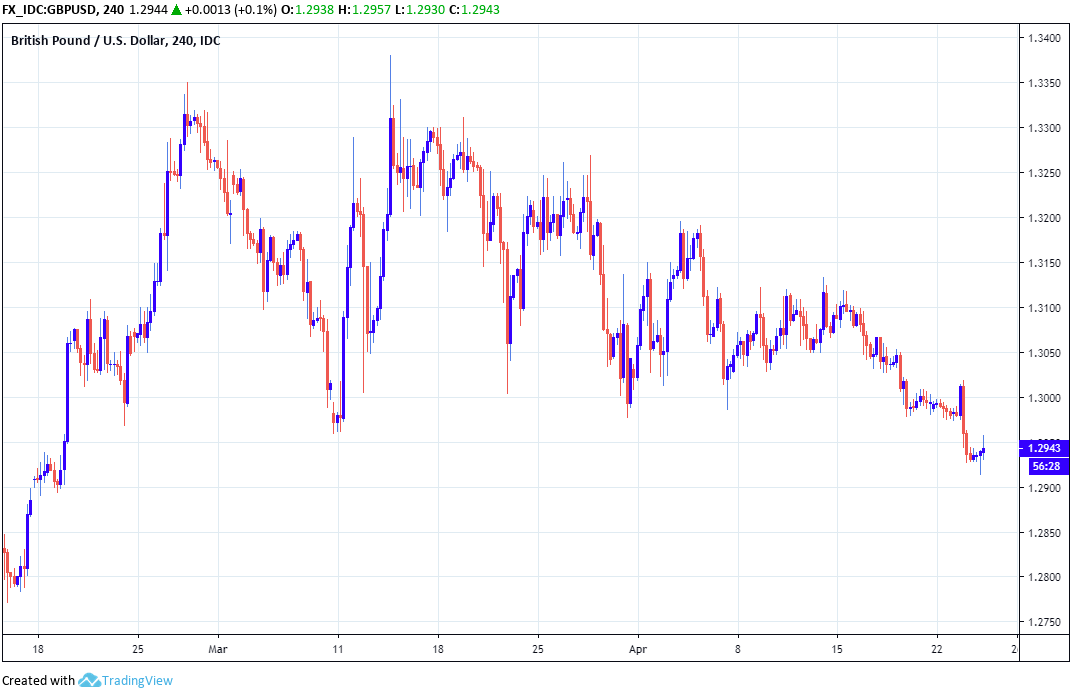 "The drop in the value of cable yesterday afternoon extended a weaker trend that has been evident since the middle of March. The recent move lower has undermined the technical picture for the pound and put a target of GBP/USD1.2773 in view (the February 2019 low). It also suggests that the market is becoming increasingly weary of the Brexit process," says Jane Foley, a strategist at Rabobank.

The UK parliament returned from its Easter recess this week to rumours that Prime Minister Theresa May intends to have another crack at getting parliament to support her proposed EU withdrawal plan despite so-far failing to secure the backing of the opposition Labour Party.

MPs will not vote on the actual withdrawal agreement because of parliamentary rules that prevent them from being forced to contemplate the same question more than once within a session, which are now being enforced by the Speaker of the House of Commons.

However, the PM is attempting to circumvent that procedure by having MPs vote on a different bill that would give legal effect to the terms of the withdrawal agreement, although only in the UK. Parliament might still need to back the actual withdrawal agreement for the international treaty to come in force.

"In the absence of news which suggests that a Brexit deal may soon pass through parliament, we expect GBP to remain out of favour in the weeks ahead. Further out we expect a Brexit deal to bring relief but see GBP as struggling to push pass GBP/USD1.31 on a 6 month view," Foley says. 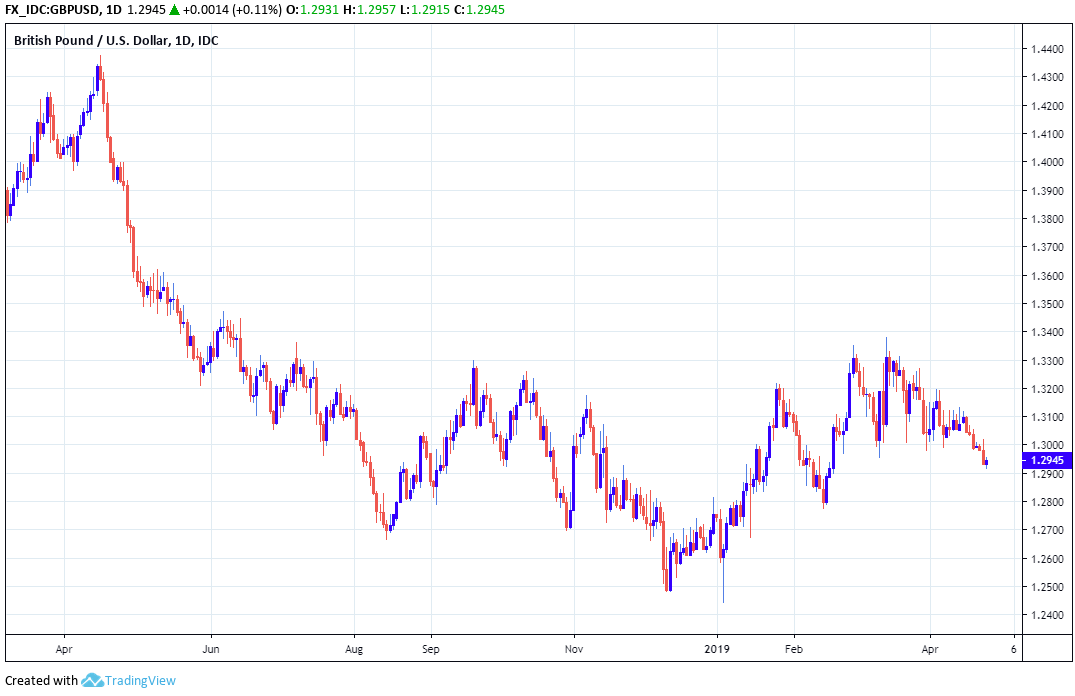 PM May has been in talks with the opposition in an effort to win support for her contentious proposals after parliament rejected her plan on three occassions since the start of the New Year. The plan lacks the support of many MPs in the governing Conservative Party, who are increasingly seeking to oust the Prime Minister from her role.

The PM is safe from a party leadership challenge until December 2019 after surviving an attempt to remove her last year, although MPs and grass roots activists are now seeking to change the party rules in order to facilitate another attempt at removing May before the December deadline.

Backbench MPs will discuss and vote on the idea before 1700 Wednesday and the result should become known shortly after, although it's not yet clear how soon the PM could be ousted if the parliamentary party is in favour of the move.

What is clear though is that the possibility of the UK getting a Prime Minister and government cabinet that backs the idea of Brexit, rather than opposes it, will have risen sharply if the vote is to remove PM May and so too will the chances of a so-called no deal Brexit.

"As the Tory Grandees ponder opinion polls that suggest a savage mauling for the party in local and European elections, the newspapers are unanimous that Mrs May's position is untenable in anything other than the very short term. What happens next?," says Kit Juckes, chief FX strategist at Societe Generale. "There's no getting away from the fact that the odds of a no-deal exit have increased, and the vote against leaving without a deal is worth a lot less now than it was before Easter. Sterling is vulnerable." 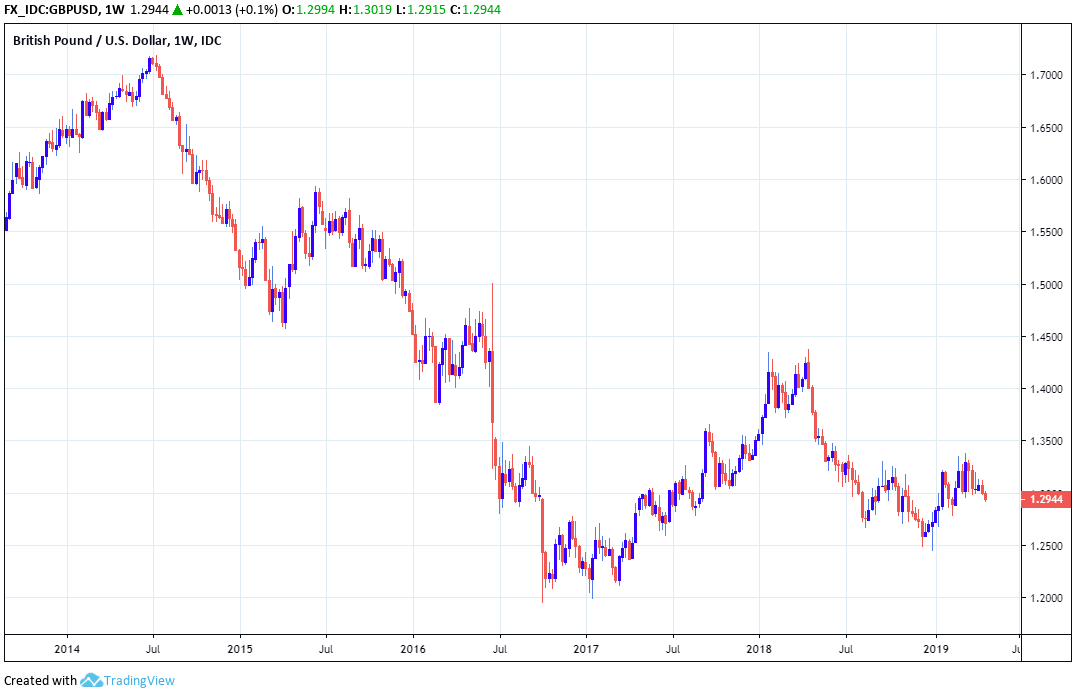