The Pound to New Zealand Dollar rate climbed from near post-pandemic lows early in the new week but the outlook for it depends as much on whether the NZD/USD pair can hold above recent lows as it does the market’s reception of the new UK Prime Minister’s incoming economic policies.

New Zealand’s Dollar was a middle of the road performer on Tuesday while the Pound was an outperformer even with the U.S. Dollar being in widespread demand on the interbank market, leading GBP/NZD to leap back above 1.90 during European trading.

However, whether it can get back to 1.91 or more likely depends on multiple factors including details of, and the market response to widely anticipated UK government measures aimed at preventing a high single digit multiplication of domestic energy prices from causing economic calamity later in the year.

Household energy bills would reach around eight times the levels seen in the third quarter of 2021 without the mooted intervention, which could lessen a widely anticipated economic downturn but also prompt the Bank of England (BoE) to raise Bank Rate much more aggressively than it has so far.

“The MPC has the tools and the independence to return inflation to target once energy prices have stopped rising. We will not tolerate a persistent overshoot and will stay vigilant even when headline rates start to come down. But it is also the case that the more we control medium-term inflation expectations now, the less tight for long monetary policy will need to be,” was the partial prognosis of the BoE’s Catherine Mann on Monday. 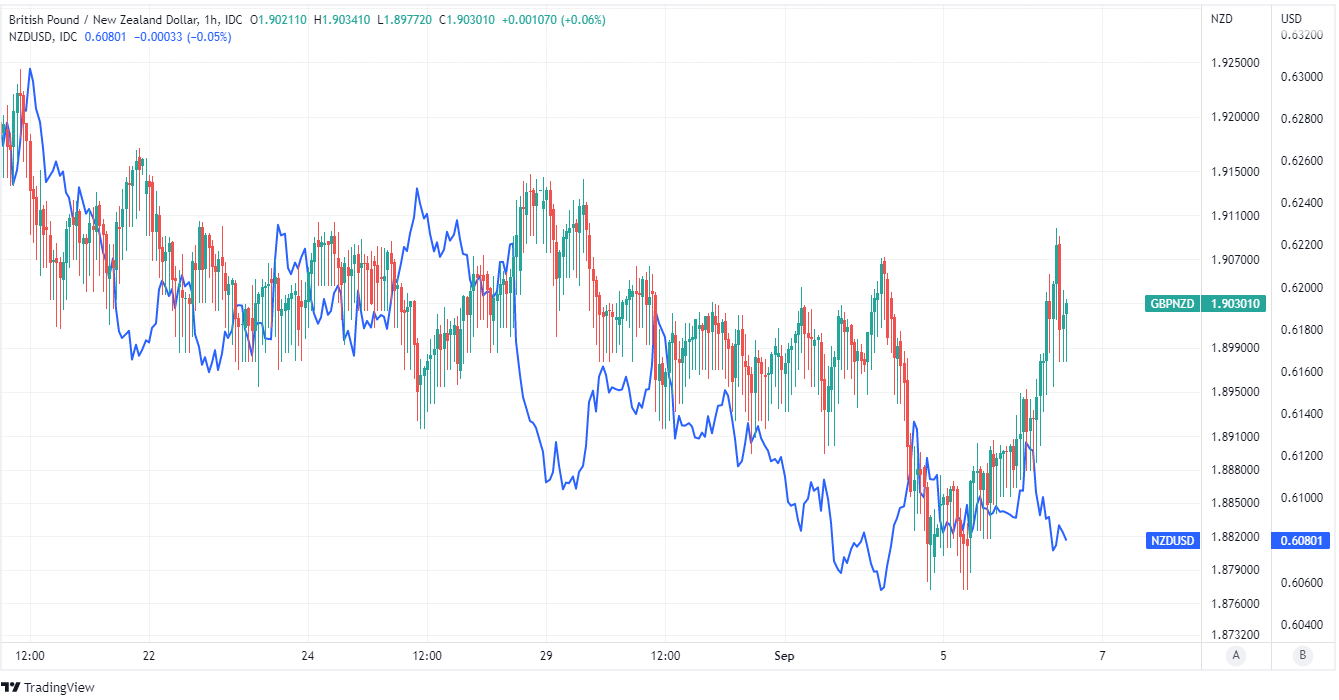 “When thinking about the tightening undertaken to date, my concern is that the gradual pace of increase in Bank Rate has not tempered expectations enough, allowing the embedding of the short-term inflation overshoot into the persistent drift in medium-term expectations,” she had said previously when speaking from the University of Kent in Canterbury about “Inflation expectations, inflation persistence, and monetary policy strategy.”

To the extent that Mann’s thinking reflects the general sentiments of the Monetary Policy Committee, the BoE was already on the cusp of a large ramp up in the size and pace of its Bank Rate steps even before speculation about new Prime Minister Liz Truss’ economic policies emerged.

“Markets have priced in about 70bp of rate hikes for the BoE meeting next week and a peak in the Bank rate of over 4%,” says Carol Kong, an economist and currency strategist at Commonwealth Bank of Australia. 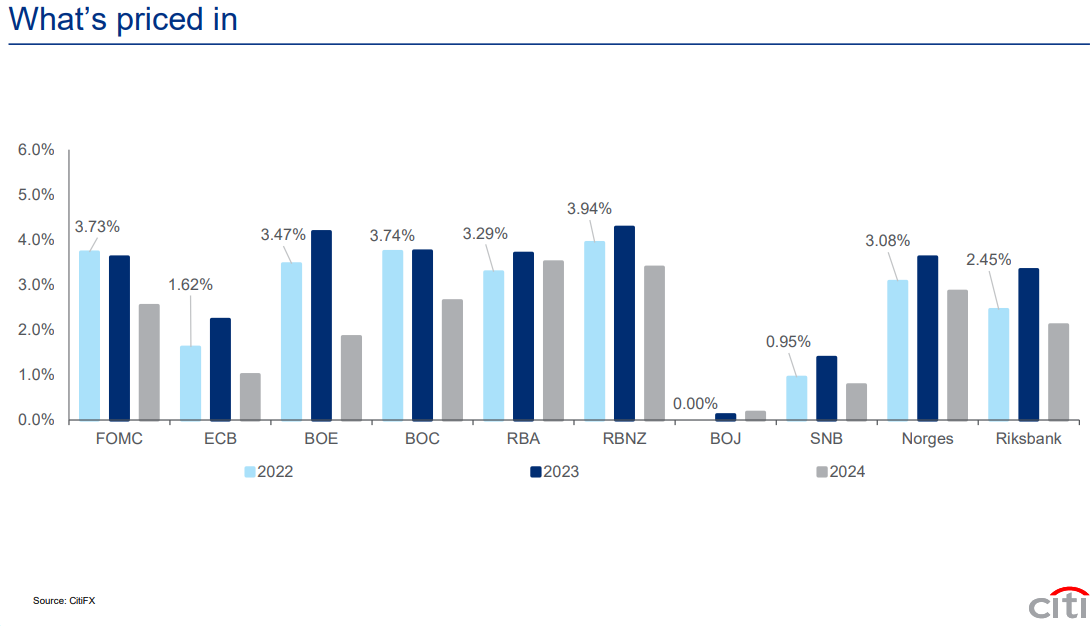 It’s not entirely clear what a more aggressive BoE policy would mean for Sterling given that markets raised their expectations for Bank Rate significantly in August, which was also one of the Pound’s worst months for years.

However, it’s possible Sterling would be more attractive to speculators and investors if the measures announced on Tuesday lead the markets to view the economy as better placed to cope with the BoE’s inflation-fighting strategy.

“This is not to say we are unconcerned about the large and growing imbalances in the UK. We are, and they are a significant driver of our bearish medium-term view on GBP. But they do not appear to be a major factor in GBP’s underperformance in recent weeks, which has more to do with monetary than fiscal credibility,” says Adam Cole, chief FX strategist at RBC Capital Markets. 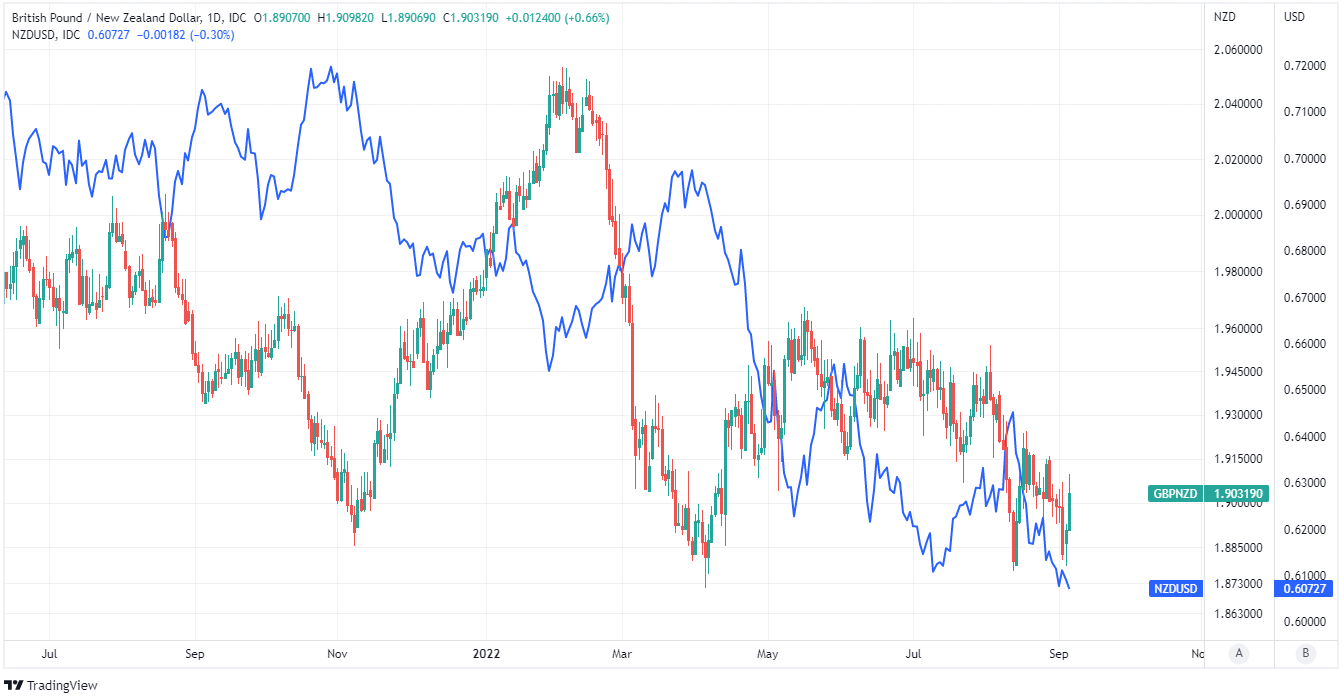 The Pound to New Zealand Dollar rate could potentially rise further if developments on the Sterling side are well received by the market this week but much about the outlook also depends on the Kiwi and price action in NZD/USD, which tends to be negatively correlated with GBP/NZD.

“Global sentiment remains fragile (European recession and energy shortage risks, and China’s expanding Covid lockdowns, notable recent developments), and a fall below 0.6000 over the next few weeks would not surprise. But by year end, if sentiment stabilises, there is potential for the NZD to start a rebound towards 0.66. By then, the Fed story may be fully priced into the USD,” says Imre Speizer, head of NZ strategy at Westpac.

There are no major appointments for the Kiwi in the domestic calendar this week after Tuesday’s speech from Reserve Bank of New Zealand (RBNZ) Assistant Governor Karen Silk. 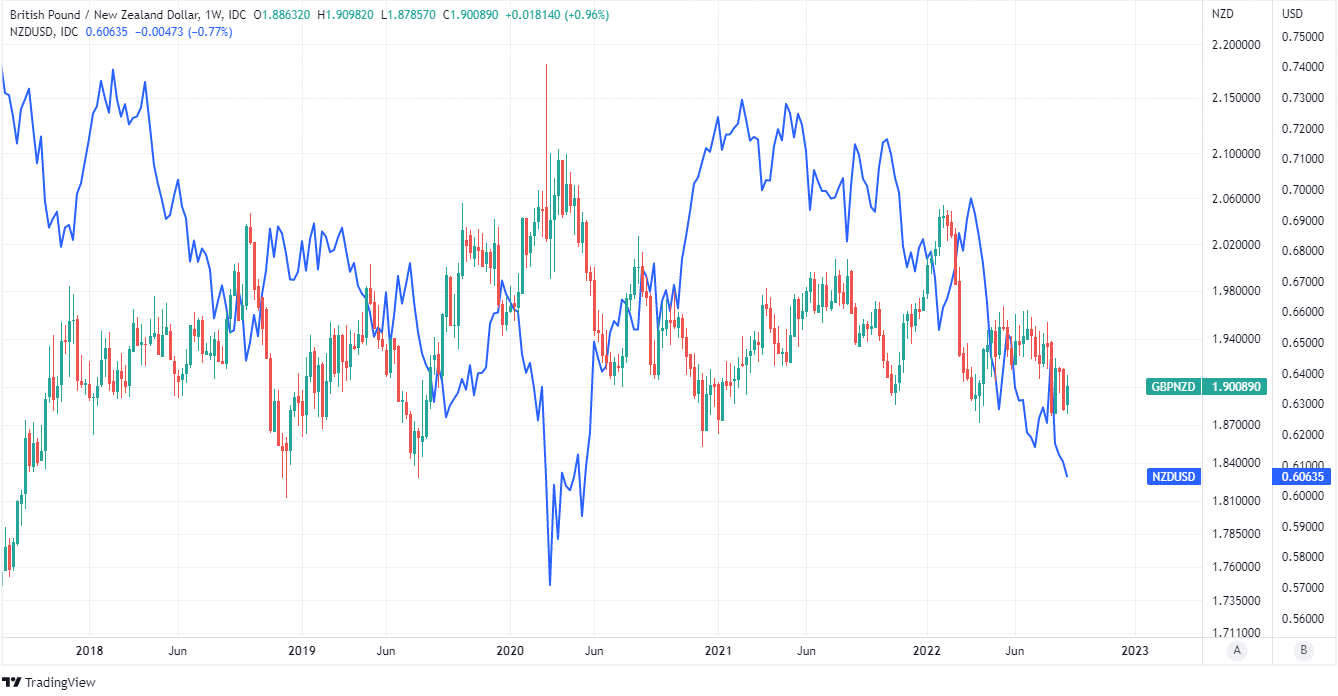 Above: Pound to New Zealand Dollar rate shown at weekly intervals alongside NZD/USD.

However, both the Kiwi and the Pound could be sensitive to any new insights offered by Federal Reserve (Fed) officials including Chairman Jerome Powell who's set to speak  at a Cato Institute event on Thursday.

Meanwhile, the Euro and Renminbi may also be influential given the latest European Central Bank (ECB) interest rate decision on Thursday and after the Renminbi reached its lowest level since July 2020 this week.

“Yesterday the PBoC announced it will lower the required reserve ratio for FX deposits from 8% to 6% starting from 15 September. The PBoC also set a stronger than expected CNY fixing for a tenth consecutive day. Notwithstanding the authorities’ pushback, we doubt the rise in USD/CNH has run its course yet,” CBA’s Kong said on Tuesday.

“Guiyang – with a population of 6.1mn – is the latest Chinese city that will undergo mass testing following a spike in virus cases. Meanwhile, China extended the lockdowns in both Chengdu and Shenzhen. Read Chart of the day. The risk is USD/CNH tests the key psychological level of 7.00 this week, particularly if EUR slumps,” she added. 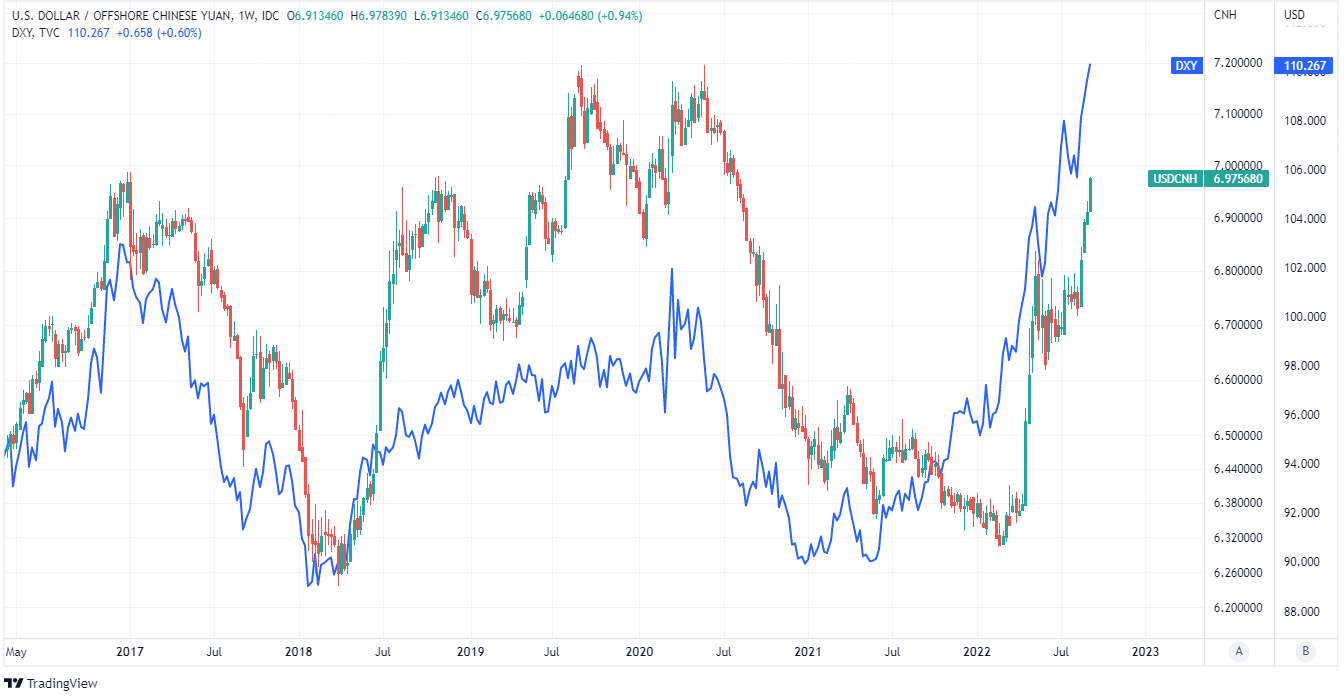