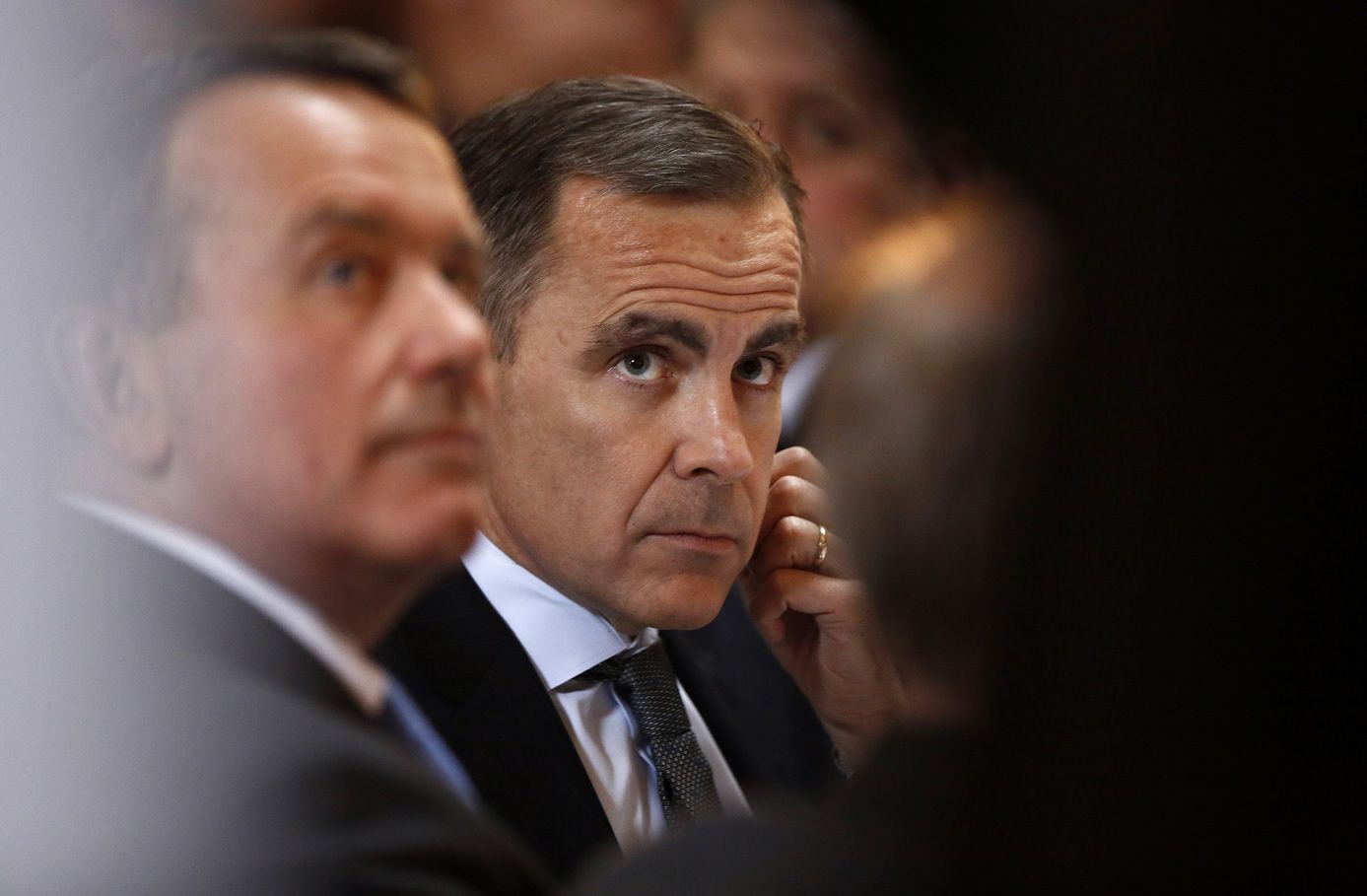 Above: Mark Carney will deliver a press conference at 12:30 B.S.T. on August 02 that could drive volatility in Sterling. Image © Simon Dawson, Bloomberg, Bank of England

Foreign exchange specialists at global investment bank TD Securities are laying their views on the table ahead of the Bank of England interest rate decision and Inflation Report.

Typically such a move is deemed to be positive for a currency, however because the move has been so well telegraphed it won't likely move an unsurprised market. Indeed, should the Bank not raise interest rates then we could well see some heavy selling of Sterling.

However the consensus feeling is that the Bank will raise rates and then indicate that they will remain paused for a considerable period of time; a situation that is not entirely beneficial to Sterling that would ideally like to see a steeper path of interest rate rises if it were to move higher.

TD Securities think this will be the last hike until mid-2019 as recent economic data & Brexit developments suggest risks are skewed to the downside.

What does this assumption pose for the Pound?

"Our base case suggests modest, short-term upside risks for GBP but range trading is likely to reassert itself after a large knee-jerk move. Ongoing Brexit concerns remain an offset to any benefit from higher rates," says James Rossiter, a strategist with TD Securities in London.

But what will happen to Sterling if there is no interest rate rise?

TD Securities reckon this probability stands at 10%, and GBP/USD will quickly race down towards 1.29. The GBP/EUR exchange rate will likely head into the upper 1.10's.

Another low-chance prospect is a 'hawkish hike' which is the most pro-GBP outcome. The chance of this stands at 15% and will be signalled by a 9-0 vote for an interest rate rise with the Bank believing "market expectations of Bank Rate in 2019/2020 are too flat," says Rossiter.

GBP/USD could head above 1.33 again under such an outcome, and the GBP/EUR rate could head back above 1.14.

Kathy Lien, a currency market specialist who heads up the BK Asset Management service, has put her neck on the line and given her targets for GBP/USD under a number of likely scenarios:

25bp Hike + Hawkish Carney: If the BoE raises interest rates by 25bp, upgrades their inflation forecasts and focuses more on price pressures than Brexit, GBP/USD which has been in a tight 1.3082-1.3200 range will break to the upside. In this scenario, we see the pair clearing 1.32 easily on its way to 1.3250.

25bp Hike + Neutral Bias: If the BoE opts for a dovish hike, which entails downplaying the need for future tightening, GBP/USD may rally initially but give up its gains quickly. In this scenario, we see sterling dropping below 1.3080 but finding support near 1.30.

No Hike: Keeping rates unchanged regardless of their forward guidance would be the biggest surprise. This would take GBP/USD to 1.30 quickly and open the door to a move down to 1.28.