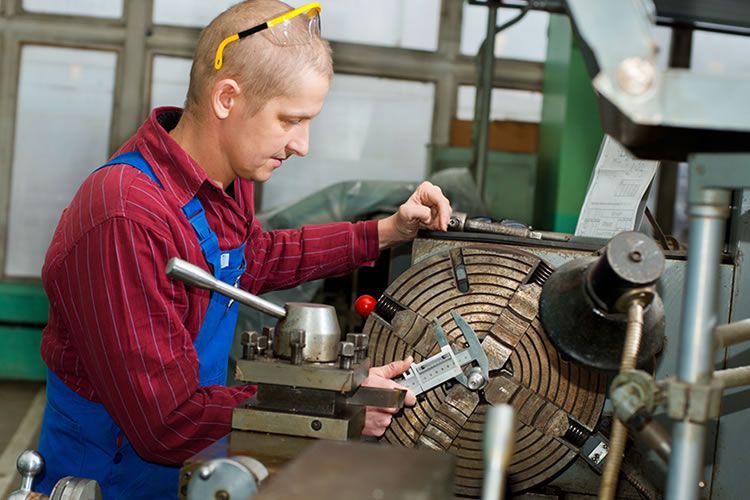 There was a sudden slip in the value of the British Pound on the morning of April 3 as economic data out of the UK economy disappointed.

All eyes were on the 09:30 release of UK Manufacturing PMI data for March from Markit and the CIPS for signs that the UK economy continues to grow at a decent pace.

The figure of 54.2 suggests that the manufacturing sector is indeed still growing at a good pace - a reading above 50 signifies expansion.

The problem for the Pound, however, is that this figure came in below the 55.1 that was expected by analysts.

And when it comes to foreign exchange, meeting, beating or missing expectations is what counts.

As we can see, Sterling slipped against the Euro on the release: 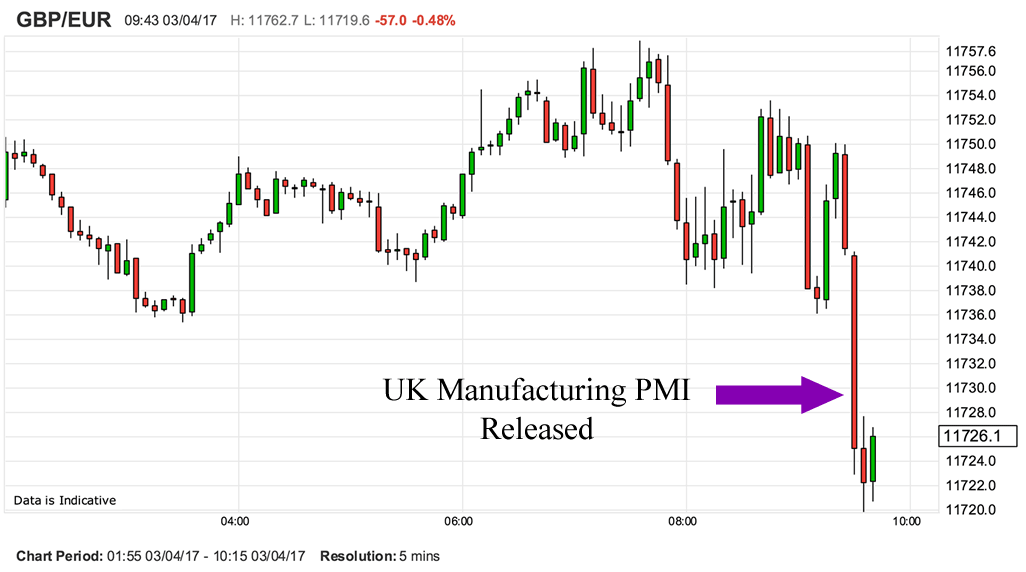 UK manufacturing has actually been doing quite well since the UK voted to leave the EU back in June with the sharp fall in Sterling helping boost UK export books.

Indeed, we received clear confirmation of the UK’s improved exporting prowess from the ONS at the end of March with the release of the latest set of current account data which showed the deficit had shrunk dramatically.

This trend appears to be continuing with the Markit and the CIPS reporting:

Indeed, we expect the data to have only a limited impact on Sterling as the news concerning the outlook is actually quite good:

“The outlook for the sector also remained positive, with business optimism rising to a ten-month high,” say the CIPS and Markit.

Analysts agree. "The slight fall in the UK manufacturing PMI in March suggests that the sector saw a modest slowdown in the first quarter. But the bigger picture is that the sector is still performing well by recent standards," says Paul Hollingsworth at Capital Economics.

Almost 52% of companies forecast increased production in 12 months’ time, compared to only 6% anticipating a decrease.

“Factories have revved up production for eight consecutive months on the back of new orders from both the UK and abroad. The feel good factor is being felt by workers with hiring growing at the fastest rate in a year and a half in March. The beginning of formal negotiations with the EU has failed to dampen the sense of optimism and manufacturers expect production to continue growing in the year ahead,” says Duncan Brock, Director of Customer Relationships at the CIPS.

The fall in the Pound is therefore quite surprising - it's as if markets were looking for an excuse to punish the unit at the start of the new month in line with the massive negative positioning markets are holding on the currency.

Perhaps this is the perfect excuse.