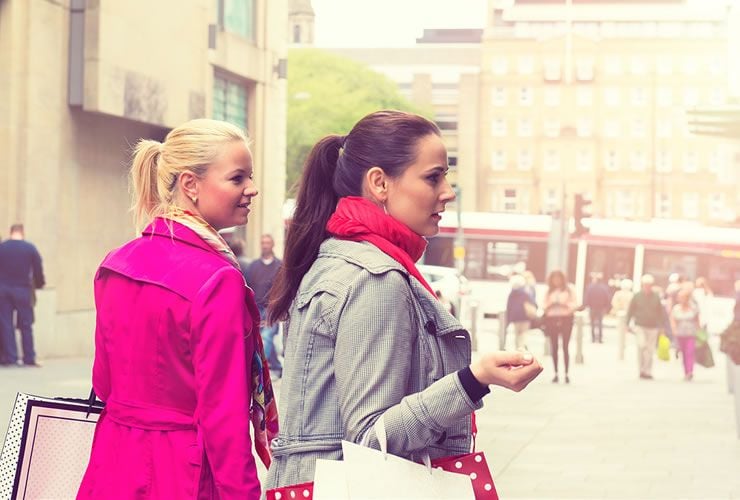 Pound Sterling's August-September rally died a sudden death on Tuesday the 13th of September when UK inflation data came in below analyst expectations.

Has the great British Pound sell-off of 2016 resumed?

Judging by the Pound's sharp falls against the Euro and Dollar on Tuesday the 13th of September, the answer would have to be yes.

The currency fell following the release of UK inflation data which printed below analyst expectations.

As can be seen from the below half-hourly chart for GBP/EUR, the selling pressure was consistent since 09:30 when the data was released: 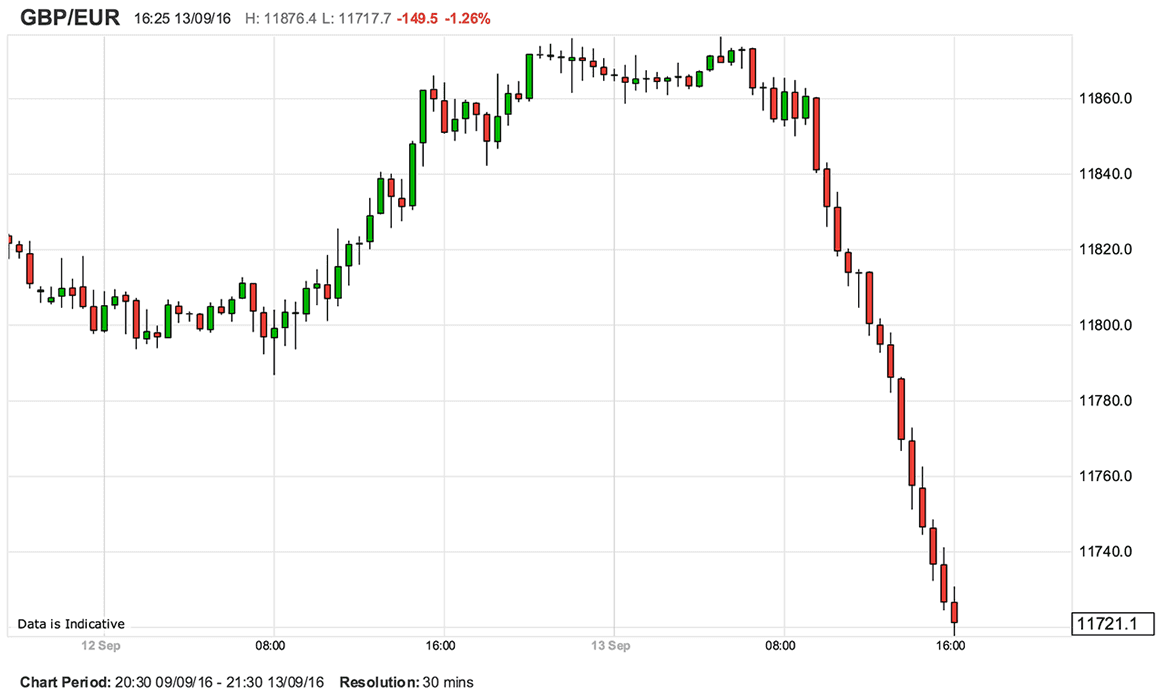 The currency had started the new week on a firm footing against the Euro, Dollar and commodity dollars but the inflation statistics have taken some of the shine off the Pound's performance.

The ONS reported that annual CPI for August read at 0.6%, unchanged on the previous month’s reading. Markets were expecting the data to have read at 0.7%.

Month-on-month inflation was recorded at 0.3%, it was forecast to have read at 0.4%.

"U.K. inflation printed on the soft side of expectations, weighing on the pound by suggesting an impediment-free path to stronger stimulus should the Bank of England feel the need in the months ahead," says Joe Manimbo at Western Union. 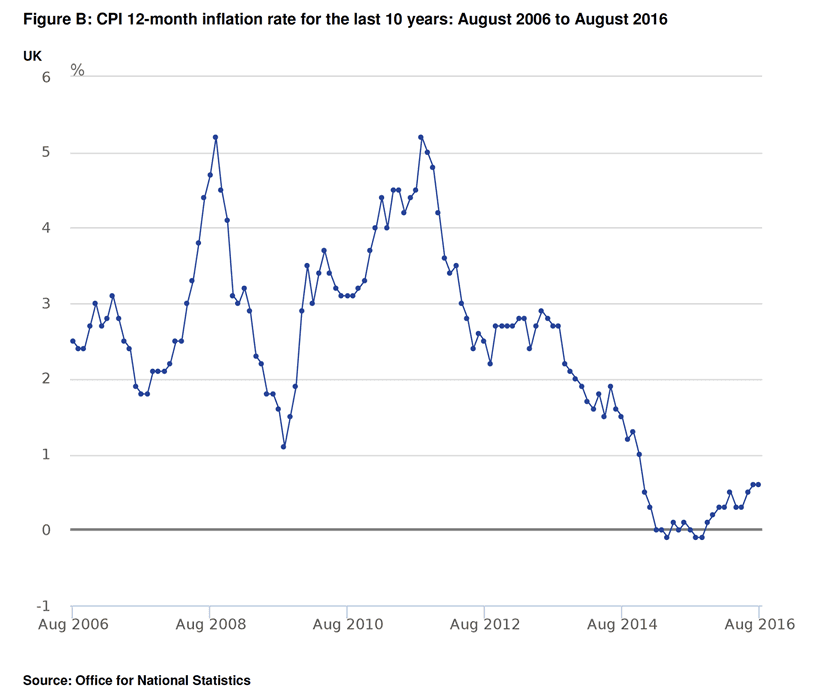 As noted in last month’s report, inflationary pressures were seen as starting to build and as the effects of the softer Pound start to take hold, we expected this trend to continue.

However, the latest data suggests the weaker Pound is yet to materially push up the cost of imports, although we would say these price pressures are coming.

The largest downward pull on inflation in August 2016 and for 2016 to date comes from prices for food and non-alcoholic beverages.

Upward pressures come from a variety of categories, most notably restaurant and hotel bills which could be as a result of a reported increase in inbound and domestic tourism owing to the weaker Pound.

The Bank of England will be watching the data carefully as any indication that inflation is running ahead of itself could convince them that they may have to avoid cutting interest rates from current levels.

Cutting rates and boosting quantitative easing since the 2008 financial crisis has hit the Pound notably and any suggestions that the Bank has reached its limit on this front will be positive for Sterling.

Therefore, the on-par reading will unlikely worry the Bank which could well hurt the Pound further by cutting rates again having noted price pressures remain subdued.

Looking ahead though, it would appear that we should expect prices to start rising.

"CPI inflation should resume its upward journey in coming months. The effects of sterling’s recent fall on import prices will gradually feed through to consumer prices, while the contribution from the previous falls in commodity prices will continue to wane. Indeed, there were signs of these factors starting to make their way through the inflation pipeline," says Scott Bowman, UK Economist at Capital Economics.

It is also worth pointing out that manufacturing input prices rocketed up 7.6% year-on-year, with more to come as weak Pound feeds through.

Barclays have meanwhile told clients they forecast headline inflation to average +0.6% in 2016 and +1.9% in 2017 following the release of today's data.

This is largely in line with the Bank of England's own inflation forecasts which sees their bullseye 2% target being met late in 2017.

On the face of today's data then there is nothing to stop the Bank enacting another round of GBP-negative policy stimulus in November.

The deep sell-off in Sterling nevertheless looks like a massive over-reaction to the data, particularly when we can clearly see pressures are building.

We must be observing the return of the Brexit gremlins.