There appears little sign that the sell-off in GBP is about to end with the market taking a cue from the German stock exchange which enters a second day of hefty selling. 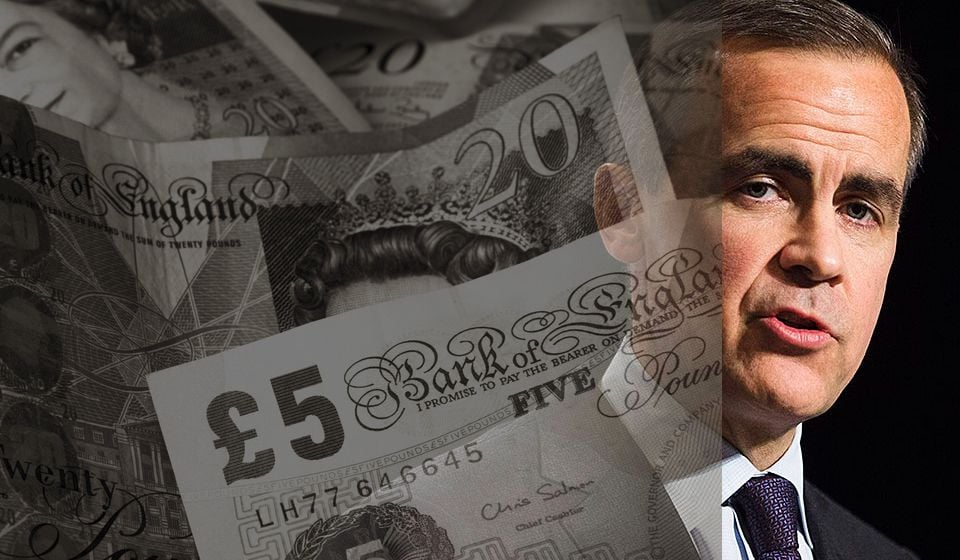 The GBP is looking a little more perky as we head through early afternoon trade; the pound is still well below its opening level against key currencies so we would by no means call the start of a recovery.

We will require a number of positive daily closes before we entertain such a call.

We believe a pervasive negative sentiment towards the UK, and amongst traders in general, is behind the selling of Sterling what is now seen as a risky asset to hold.

Professional trader, Sean Lee, who heads up the Forextell trading community says there is no point in trying to catch the falling knife that is the pound.

“We do normally like a good contrarian trade but the GBP is showing absolutely no inclination to bounce and it certainly feels as if there is much more downside to come,” says Lee.

Lee believes most traders and hedgers have been awaiting some relieving bounce to sell into but are now being forced to now chase after the market.

A weekly close in GBP/USD below 1.30 would be another very strong sell signal.

Lee expects to see GBP/EUR below 1.1100 “in coming weeks” but some moments of relief may be expected if and when some short-term bearish EUR sentiment resurfaces.

It appears that concerns over the stability of Italian banks could be having a role to play in the poor performance of European markets. Trading in shares of Monte dei Paschi di Siena was suspended this morning after taking another tumble.

Its shares have shed three-quarters of their value this year and is now valued at less than a tenth of its book value.

EU rules require creditors and not taxpayers to pay for the rescue of troubled banks.

"Unlike other countries, Italy did not carry out a full spring clean of its banks post-Lehmans and there is trouble brewing with the country’s banks holding €360bn in non-performing loans - a third of all the Eurozone’s bad debt and about a fifth of all consumer loans in Italy," says Andrew Edwards, CEO of ETX Capital.

Furthermore, political risks are growing in the form of Italy’s upcoming constitutional referendum with analysts at Citibank suggesting the event is, "probably the single biggest risk on the European political landscape this year among non-UK issues," because the vote outcome could hurt Renzi’s future as Italy’s top leader.

“It raises the risk of Renzi-exit at a time when the upstart 5 Star Movement are riding high in the polls,” say Citi.

The Bank of England’s Financial Stability Report has been released.

The Report has laid out a slew of risks that it believes have started to crystalise since the UK voted to exit the European Union in the June 23rd referendum.

Following a period of high volatility in global foreign exchange markets owing to the Brexit vote, the report could not come at a more opportune time.

The FPC reduced the UK countercyclical capital buffer rate from 0.5% to 0% of banks’ UK exposures with immediate effect.

And, “in downturns, the regime should help to reduce the risk that the supply of credit will be constrained by regulatory capital requirements that could undermine the performance of the real economy and result in additional credit losses in the banking system,” says a note on the buffer from the Bank for International Settlements.

“Absent any material change in the outlook, and given the need to give banks the clarity necessary to facilitate their capital planning, the FPC expects to maintain a 0% UK countercyclical capital buffer rate until at least June 2017,” reads the Financial Stability Report.

The Report also raised concerns over the United Kingdom’s current account deficit which remains high by historical and international standards, and as we have noted time and again, remains the ‘achilles heal’ of the British pound.

The financing of the deficit is reliant on continuing material inflows of portfolio and foreign direct investment, which have been used to finance the public sector deficit and corporate investment, including in commercial real estate.

The Bank notes the run-up to the referendum, there were signs that foreign portfolio inflows into UK equities had slowed.

During a prolonged period of heightened uncertainty, the risk premium on UK assets could rise further and overseas investors could continue to be deterred from investing in the United Kingdom.

“Persistent falls in capital inflows would be associated with further downward pressure on the exchange rate and tighter funding conditions for UK borrowers,” warns the report.

The report and subsequent press conference from Governor Carney and the other members of the committee was unable to restore confidence in GBP.

Markets are pricing in a 25 basis point cut to be delivered by the Bank of England's Monetary Policy Committee at their July meeting which will take the basic UK interest rate down to 0.25%.

The Governor referred to the upcoming MPC-meeting and the announcement of the decision on Jul 14.

However, commenting on monetary policy the Governor once again made it quite clear that monetary policy actions should be “well aimed”. Moreover he told that counterproductive consequences had to be taken into consideration.

"To us these comments show that monetary policy changes at the Jul 14 meeting will target improved liquidity provision and credit supply," says Richard Falkenhäll at SEB. "Therefore, we stick to our forecast that the BOE is likely to announce that the target for asset purchases will increase by GBP50-75bn on Jul 14."

However, instead of just buying gilts this time SEB believe at least part of purchases will target commercial papers and corporate bonds to improve liquidity in the corporate credit market, lower the liquidity risk premium and absorb credit risk.

It was a miss on expectations when the Markit / CIPS Services PMI numbers for June were released.

Importantly though, the slip was not as dramatic as that witnessed in the Construction PMI figures released a day earlier which showed the sector had slumped into reverse.

We note that the construction sector data could be the firing gun to a more pronounced period of decline in the economy, indeed, many analysts are forecasting recession.

However, the service sector's continued expansion in June would suggest the decline may not be so dramatic.

Of course the survey took place ahead of the EU referendum, and it will be the July data out in August that will really catch attention.

Growth over the second quarter as a whole was the weakest since the first quarter of 2013 when
the current upturn began.

Moreover, Markit / the CIPS report that the 12-month outlook was the darkest since December 2012.

“The UK is, in our view, set for a prolonged period of uncertainty and volatility. We forecast a mild recession, higher inflation, and BoE rate cuts. We see the risks skewed towards worse growth outcomes than our central case,” says Robert Wood at Bank of America Merrill Lynch Global Research in London.

If the Services PMI also falls into reverse then Wood and his team could be on the money.

Sentiment is the be-all for Sterling at present and it would appear little on the data calendar will assist the currency.

"Almost nothing on the calendar this week matches the potential for disruption in markets created by Brexit, with concerns over the outlook for the UK and EU taking precedence over all others," says Chris Beauchamp at IG in London.

In this world, simple calls for ‘lower for much longer’ where interest rates are concerned can do little.

"If central banks want to prevent further crisis, they need to start digging through their toolkits, and fast," says Beauchamp.