As we expected, the pound sterling is trading notably lower against its major partners on Monday - here are the latest events regarding the GBP to take account of at the start of the new week. 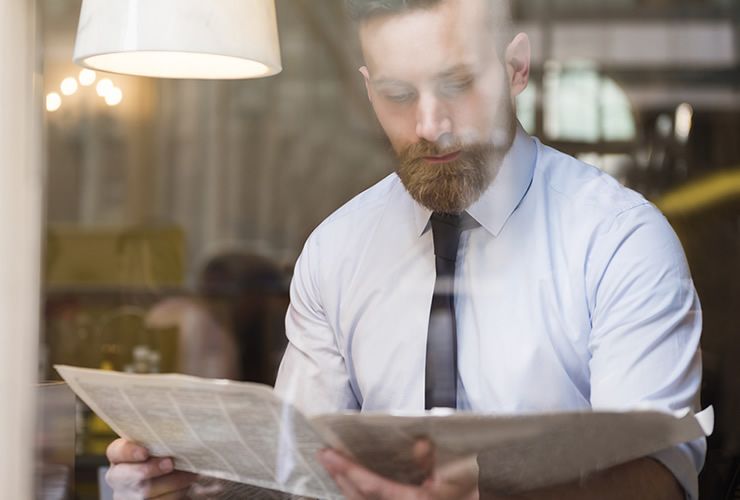 Sterling has taken a fresh hit towards the close of Monday trade following the release of ICM Unlimited's latest poll results that confirm the Leave vote is pulling ahead in the EU referendum campaign.

Leave now enjoys a 53%-47% advantage once “don’t knows” are excluded, this compares with a 52%-48% split reported by ICM a fortnight ago.

Importantly, odds of the UK voting to Leave Europe have hit a record 34% according to the much-watched Betfair series.

The Financial Times' Poll of Polls meanwhile shows Leave enjoy an advantage of 46% to Remains 44%.

“Sterling is sliding away as we move ever closer to the EU referendum on the 23rd. Who knows which way the vote will go but sterling is being undermined by the uncertainty and this isn’t likely to change in the next ten days,” says Charles Purdy at Smart Currency Business.

“The only way to overcome the uncertainty is to buy your currency now. If you don’t need the currency immediately you can use a forward contract which ensures you know exactly what you will get for an agreed amount at an agreed date,” says Purdy.

We can report that Ian Harnett, the chief investment strategist at Absolute Strategy Research, warns that markets are under-estimating the impact to GBP with regards to an UK exit from the EU.

“The downside risk is probably 30% to sterling and another 20% to equities,” says Harnett.

Having read this it is worth balancing out the argument by reminding ourselves that Ebury Partners, another respected forecaster, reckon Brexit will not be another 'Black Wednesday' for sterling. Opinions remain divided.

ING meanwhile suggest that not enough risk premium has been written into GBP i.e it is trading too high when we consider just what dangers lie ahead.

What does this mean? Two things - firstly there is a whole lot more downside to come if markets opt to 'play it safe' and cut exposure to sterling over coming days.

It also means that on the event of a Leave vote there is a hefty distance to fall.

Secondly, should the UK vote to remain, this suggests a limited scope for GBP to commence a recovery rally, important if we consider the widely-held belief that the sky is the limit for sterling on the event of a Remain vote.

Like most, ING expect Brexit risks to dominate GBP price action in the run-up to the referendum, especially as it becomes increasingly apparent that the outcome will be close.

The Dutch bank prefer see GBP underperforming USD and JPY and EUR/GBP ticking up to 0.80 over the coming weeks.

"Admittedly, liquidity is exceptionally poor, so the market is vulnerable to erratic moves in either direction," notes Gregory Anderson at BMO Capital, "however, we think the recent spikes in GBP implied volatility shouldn’t be downplayed.

As demonstrated in the below, 1M implied GBPUSD volatility has spiked sharply in recent
sessions relative to vol in other currencies. 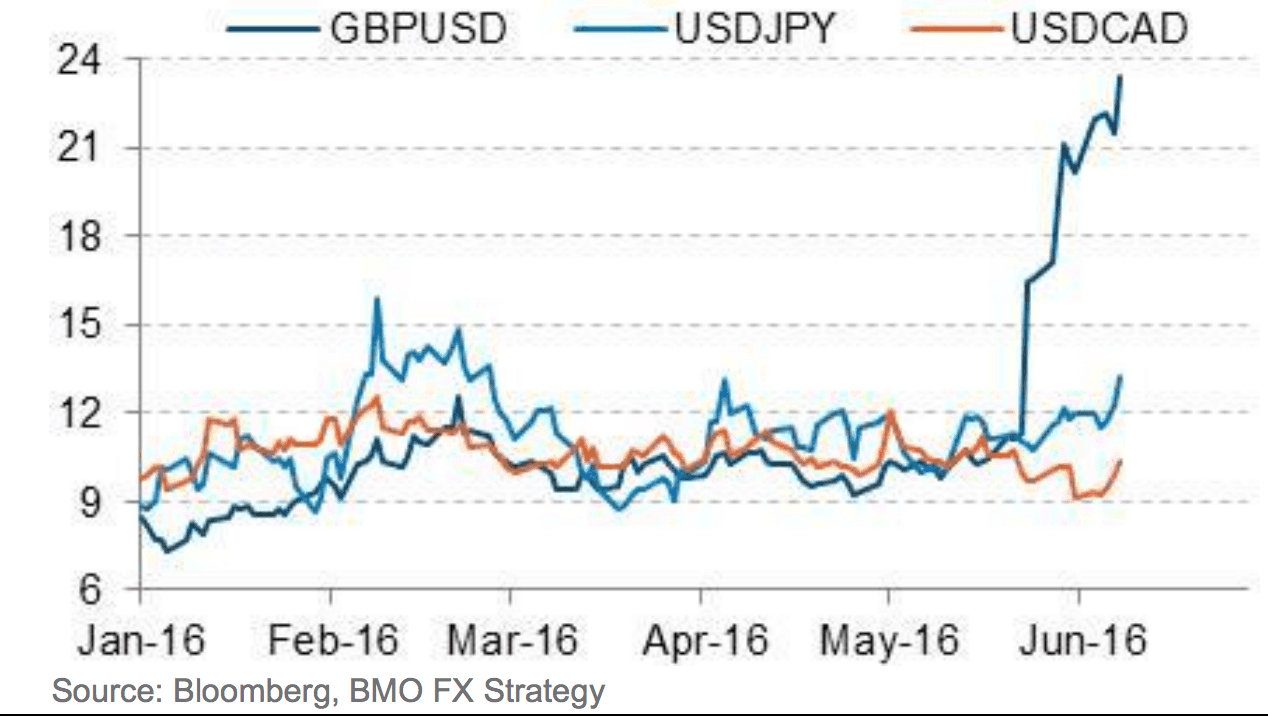 Although the approaching referendum makes other events less important for FX investors than normal, there is a string of events this week.

The BoE will conduct its first additional auction of long-term liquidity (ILTR) on Tuesday, the BoE June rate decision and MPC Minutes are due on Thursday and BoE’s Carney will present his annual Mansion House Speech later that day

Polls on a Knife-Edge

Sterling took an absolute walloping towards the end of trade on Friday on the latest ORB International poll that showed a sharp swing toward a vote for Britain to exit the EU.

However, subsequent polls confirm this poll to be an outlier.

According to a YouGov poll for the Sunday Times, Leave stands at 43%, ahead of 42% who want to remain.

An Opinium poll for the Observer newspaper showed 44% are set to vote Remain while 42% favour Leave.

But Odds Confirm Remain is in the Lead

The foreign exchange markets, and most major analysts, continue to ultimately price the risk of a Leave vote according to movements in the odds markets.

The implied probability of a Remain vote being delivered fell to 70% on Saturday from 78% earlier this week, according to betting odds supplied by Betfair.

This is still a substantial advantage for Remain, but any move lower would likely hurt sterling.

A sudden shock in the next two weeks such as a militant attack on the Euro 2016 football tournament in France could jolt Britain into a vote for Brexit, former European Central Bank chief economist Otmar Issing has said.

The words, while not likely to alter the vote, are a reminder that the big issue for British voters remains the EU’s inability to stem immigration.

When we saw the Mediterranean immigration issue flared up towards the end of May, so the polling data tightened and sterling saw its April-May rally come to an abrupt end.

Remember how the terrorist attacks in Belgium saw sterling sink? Markets know that voters hold immigration and terrorism in the same bracket.

Therefore, any unexpected event over coming weeks could really swing sentiment and sterling.

Avoid or Sell the GBP?

On the strategy front, we hear it would be wise to steer clear of the UK currency over coming days.

“The GBP was the loser of the week with -319 pips which is better than the loss of 458 pips the week before. There are forces pushing on both sides and when central banks intervene there is no way to predict the distance the pairs will move. I will not suggest any trades for the GBP pairs and to the Euro pairs to a certain extent,” says a note from retail trading community ForexTell.

Barclays are meanwhile content to keep putting money behind bets on further falls in GBP.

"The move below support in the 1.4330 area encourages our bearish view and signal a double-top under the 1.4770 highs. Our initial targets are towards the 1.4090 area. A move below there would signal downside towards 1.4005," says the bank in a strategy note ahead of the new week.

Euro to Pound Sterling Outlook: The Uptrend is Back on

Looking at EUR/GBP, it appears that the recent bout of weakness is nothing more than a correction phase within a larger uptrend.

"We are pushing back through the May highs at 0.7947, which from an Elliott Wave perspective suggests the declines from 0.8117 have merely been a correction process," says Robin Wilkin, an analyst with Lloyds Bank.

Longer-term, Lloyds have cited 0.8200 as a major resistance region.