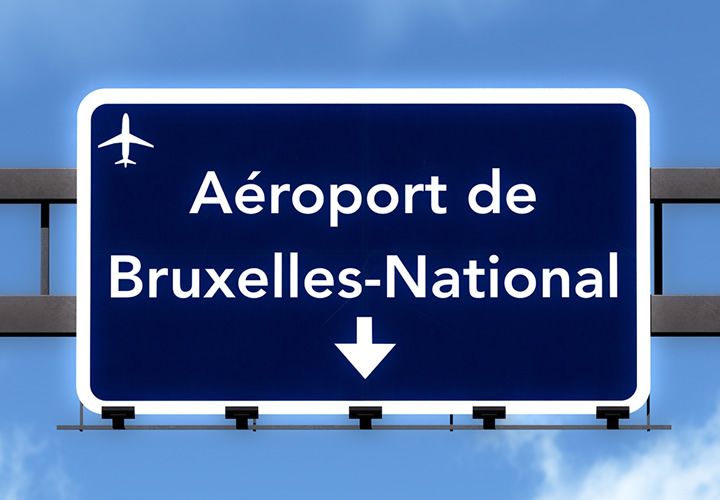 The pound to euro exchange rate conversion was one of the financial market’s biggest movers in reaction to the Brussels terror attacks thanks to the currency’s unique exposure to the EU referendum which could now well see the UK vote to leave Europe.

The link between the pound and social events in Europe has never been stronger with the UK's watershed vote on EU membership due in the middle of the year ensuring a heightened focus on all things Europe by UK voters.

The terrorist bombings in Brussel could ultimately lead UK citizens to seek tighter control over the UK’s borders and immigration by voting to leave Europe in an effort to achieve greater control over security.

For sterling a UK vote to leave Europe matters with a sizeable slump in the exchange rate complex taking place since December 2015 as markets started to become aware of the uncertainties the vote presented.

Forecasters are almost unanimous in saying they see further declines on such an event, and when odds grow that it will happen, the pound moves towards these forecasts. For instance Morgan Stanley reckon 1.15 in GBP/USD is not impossible.

Most analysts who forecast a fall of between 15—20% in the pound following a Brexit.

"The news out of Brussels had a large impact on the GBP/USD as traders are worried that the increase in terror activity would only strengthen the Leave vote which has been capitalising on eurosceptic sentiment to gain momentum," says Boris Schlossberg at BK Asset Management.

We saw how support for Leave surged in the wake of the Paris attacks, it could well happen again and the pound sterling will most likely react in negative fashion.

To underline the point, it is reported that odds of the UK voting to leave Europe have increased in the hours of the attack. Bookmaker Paddy Power has narrowed its odd on Brexit to 7/4 down from 2/1. In other words, chances for an exit have risen to 36% from 33%.

Overnight we received the latest ICM poll which shows support for the Leave campaign is now 2 percentage points larger than it is for the Stay campaign. Support to Leave now stands at 43%, still higher than the bookies, which are arguably more reliable, but the important point is the gap between the betting markets and the polls are closing in favour of Leave.

Adding to the pro-Leave sentiment is news that Moody’s credit rating agency reckons the economic impact of Brexit would be small and unlikely to lead to significant job losses.

This should be good news for the UK as it suggests no matter which way the vote goes, the country will be OK. However, markets will need more research and informed opinion such as this to whittle down the uncertainty they associate with such an event.

Moody’s comment that the UK could also be allowed to keep many of its trade terms with the EU so as to avoid disruption on both sides. The comments from Moody’s counteract comments from the Confederation of British Industry ‘CBI’ which indicated the cost could be £100bn and cost nearly 1m jobs.

The last leader of the CBI, John Longworth, was suspended and then resigned for publicly stating his support for Britain’s exit from the EU showing just how one-minded the CBI are with regards to Brexit

Where Next for the British Pound Against the Euro?

The moves in the GBP to EUR exchange rate have ensured the outlook for the pair is negative once more.

The pound had been in recovery mode through late February and early March but momentum has since turned negative once more.

The bulls will have been hoping that the recovery was alive going into the week but the strength of the downmove over the past 48 hours means that the underlying technical structure of the market is now strongly biased towards a test of 1.26.