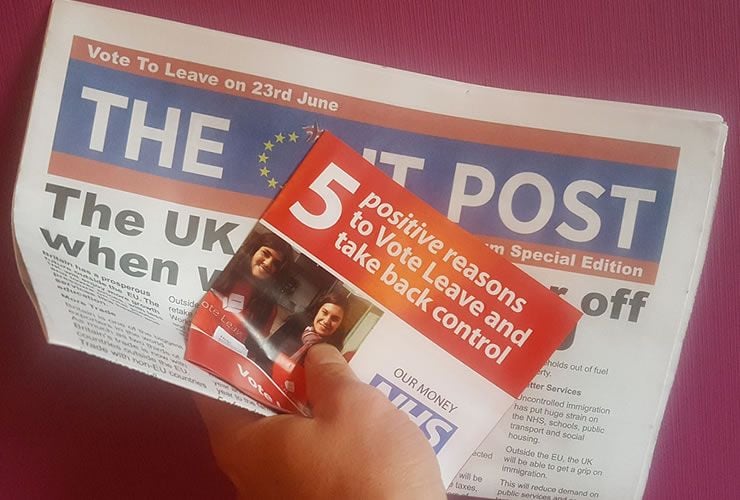 The pound sterling is under pressure at the start of the new month as polling ahead of the UK's referendum on continued EU membership shows a notable shift back towards the Leave camp.

We have been warning for some days now that the pound is looking overcooked against most majors and that the EU referendum could yet deliver further downside moves.

At the turn of the month this call has come to fruition with polling showing Leave is clawing back lost ground following a recent surge of migrants across the Mediterranean.

This weekend also saw mainstream media turn attention to the increase in illegal migrant crossings over the English channel.

Ultimately, immigration is an incredibly important topic to Britons and the insecurity instilled by the latest headlines could sway the vote.

Pollsters ORB International report that Leave now has 46 per cent of the vote share, with Remain on 51 per cent. The five point gap has been cut from 13 points last week.

“It appears that the recent focus on immigration has boosted the out campaign,” says analyst Jeremy Stretch at CIBC Markets, “while the telephone based poll underlines a continued lead for the remain camp the narrowing differential could be cause for concern were that to extend.”

ICM's polling data is also notable in that both online and telephone polls show that Leave is gaining traction, typically ICM's phone surveys showed a bias to remain but in both voters are split 52 pct -48 pct in favour of Brexit, whether surveyed online or by phone.

“Our poll rather unhinges a few accepted orthodoxies,” said ICM’s director, Martin Boon. “It is only one poll but, in a rather unexpected reverse of polling assumptions so far, both our phone poll and our online poll are consistent on both vote intentions and on the EU referendum.”

However, betting markets continue to maintain an elevated probability of a remain vote, above 81%, composite opinion polls, including the more contentious internet polls, remain essentially tied.

Nevertheless, the pound is selling off with the GBP to EUR exchange rate softer at 1.3073, down from an opening of 1.3129.

Should the exit campaign continue to generate poll traction and economic data remains soft those watching GBP should consider the recent GBP “short covering” spree to have ended.

“We see little reason for GBP-USD to break overnight highs, let alone test the 200-day MAV at 1.4755. Rather we would look for Sterling to ease back lower towards 1.4530 and below there towards 1.4460, this marks the 61.8% Fibonacci retracement level of the year to date range; the latter is on the assumption that US data remains robust,” says CIBC’s Stretch.