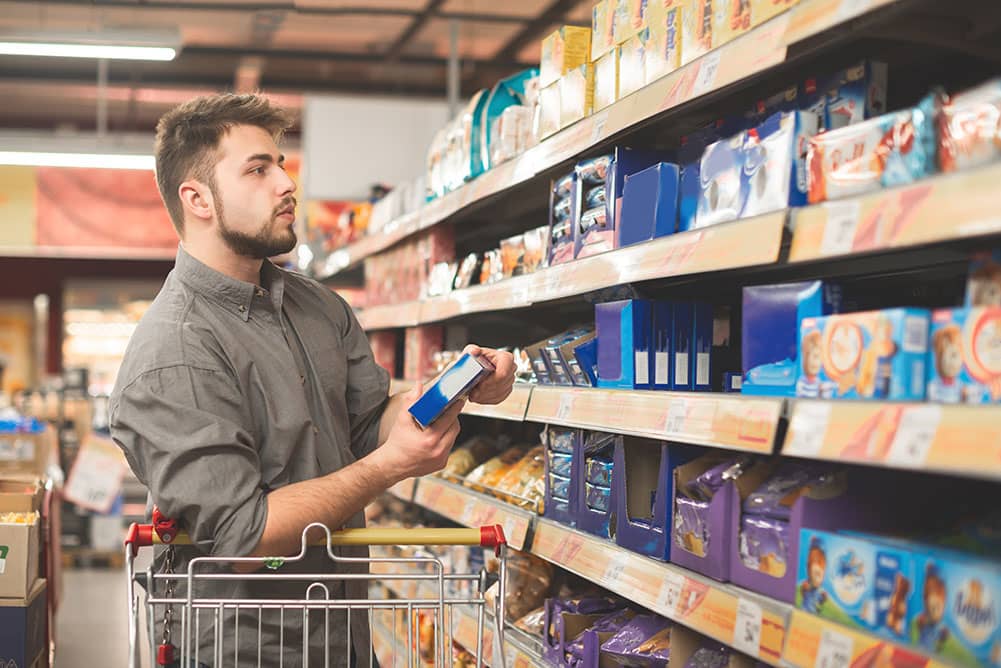 The British Pound held recent gains against the Euro and Dollar following official data that showed a slight downturn in headline UK inflation, however it remains elevated in double-digit figures and a strong core reading has prompted traders to raise bets for another 50 basis point interest rate hike at the Bank of England in February.

The Consumer Prices Index (CPI) was in line with economist expectations as it rose by 10.5% in the 12 months to December 2022 said the ONS, down from 10.7% in November.

These dynamics were reflected in a stubborn core CPI inflation reading of 6.3% year-on-year in December, which was unchanged on November but slightly higher than economist forecasts.

This after core inflation rose 0.5% in the month to December. 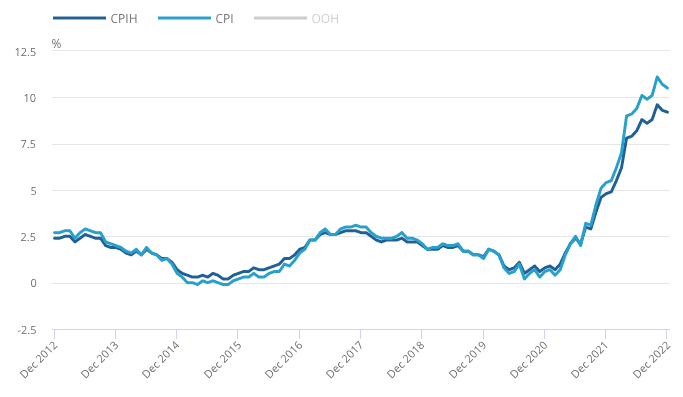 Above: Inflation appears to have peaked but is proving slow to come down. Image: ONS.

Core inflation is of particular concern to the Bank of England as it reflects domestic economic dynamics and is therefore considered to be within its remit.

With core inflation running at almost triple the Bank's 2.0% target further interest rate hikes are likely in February and March.

"It was the sticky core inflation number, which strips out volatile energy and food prices, which investors took notice of. The BoE may be forced to continue hiking rates at an aggressive pace, with bets of a 50-basis point hike next month jumping from 71% before the inflation print, to 81% after," says George Vessey, a currency analyst at Convera.

The prospect of further interest rate hikes will support UK bond yields which in turn provides support to the Pound as foreign investor capital comes to the UK in search of higher returns.

"The pound has reacted positively to the upward shift in UK rate expectations this week, with GBP/USD and GBP/EUR trading near 1-month highs. Could the pound be on the move towards its 6-month high of $1.2450 versus the dollar?" asks Vessey.

Sterling rallied through the Tuesday session after UK labour market data revealed a new record high for UK wages, which is consistent with ongoing inflationary pressures.

The economy meanwhile unexpectedly grew in December, suggesting the deflationary recession many economists were counting on to slow inflation - including those at the Bank of England who forecast a recession to begin in the final quarter - has yet to materialise.

"It appears the peak of this inflation conundrum was reached in October as the data shows price rises have moderated a little. However, for those hoping that inflation would simply just fall out of the system quickly, that is a scenario that is unlikely to come to fruition," says Marcus Brookes, chief investment officer at Quilter Investors.

The surge in energy prices is now being reflected in higher prices charged by businesses, particularly those in the services sector, confirming a lagged effect which means it will take some time for the shock to work through the economy. 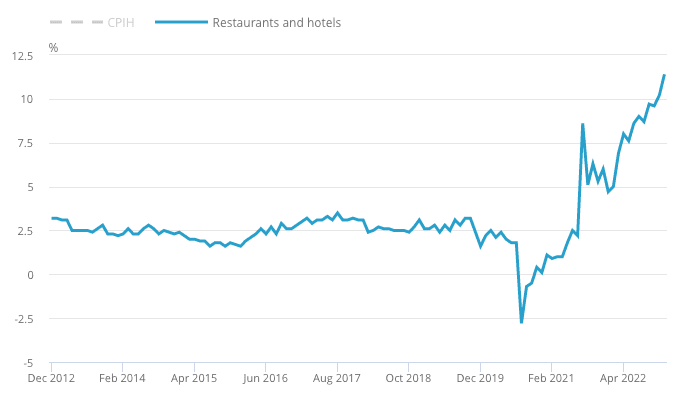 Some sectors of the economy continue to see significant price pressures. Image: ONS.

"Wages are having to climb as people merely try to keep up with inflation, let alone beat it. Combining those cost pressures with the effect that energy prices have had and you have a cocktail for sticky inflation that refuses to budge quickly. It is this that the Bank of England will be fretting about when it comes to how much to raise interest rates at their next meeting. If there are no signs of services inflation cooling off, then we should expect the aggressive strategy from the BoE to remain in place," says Brookes.

"No respite for the BoE! Unlike in the US, UK inflation isn't coming down fast enough. Hard to know how much is Xmas effect. But monthly services inflation remained stubbornly strong in December," says Patel. 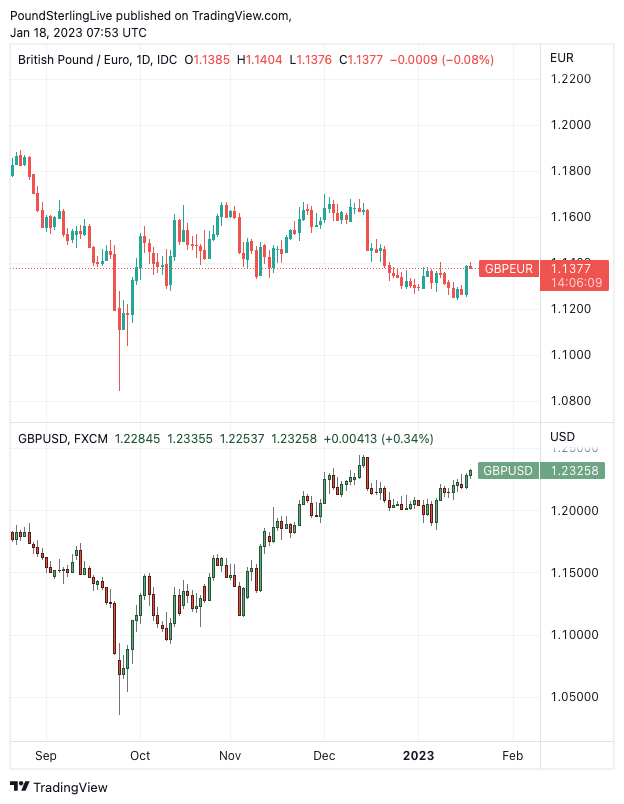 "Headline inflation has peaked but pressure from the service sector continues to build. That's likely to tip the balance for Bank of England hawks in favour of one final 50 basis point hike at the February meeting," says James Smith, Developed Markets Economist at ING.

This puts the peak for Bank Rate at 4%, but Smith says 4.25% is also a possibility if the Bank adds one further 25bp hike in March.

Any upshift in expectations for the peak in Bank Rate could offer support for the Pound over the coming days and weeks.

But looking ahead, Pantheon Macroeconomics expects inflation to recede to 9.0% in March and core inflation to gradually fade back to the Bank of England's 2.0% target by year-end.

He says this could allow the Bank to cut interest rates again in early 2024.