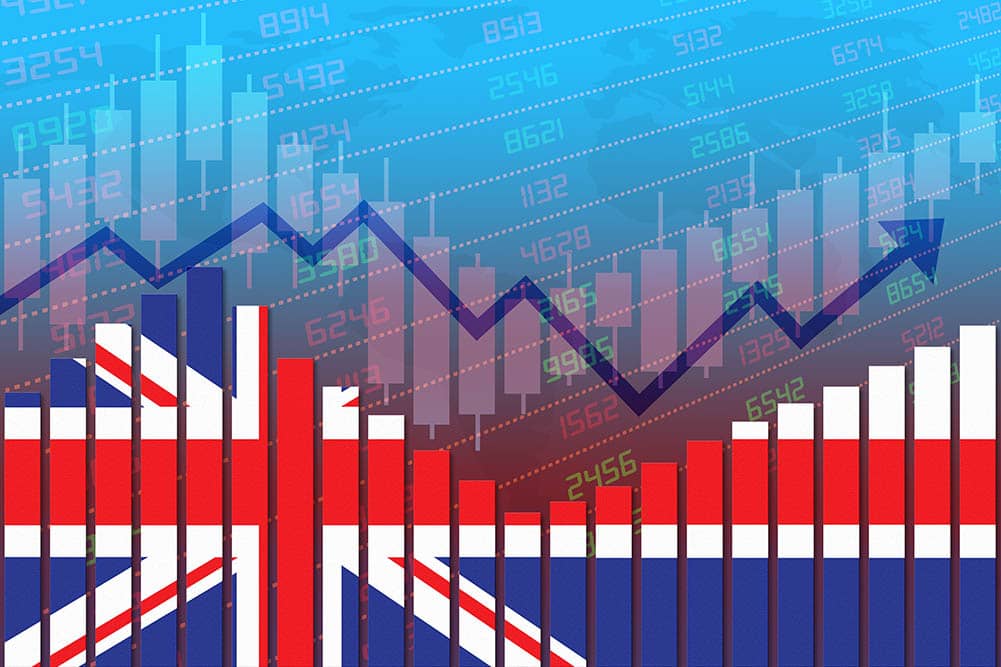 The British Pound held its Thursday gains against the Dollar, Euro and other major currencies following the release of UK GDP data on Friday that showed the UK economy shrunk 0.6% in September.

The market was looking for a decline of 0.4%, which would typically prove a disappointment for Sterling.

However, the ONS released a sizeable tranche of data that included the manufacturing and construction sectors as well as trade, the majority of which beat expectations.

"A UK winter recession may yet be avoided, but the weak trend is clear," says economist Sandra Horsfield at Investec. "Our view remains that the economy may yet avoid slipping into recession this winter, provided there was a sizeable rebound in output post-bank holiday in October."

The Pound rallied 3.0% against the Dollar on Thursday - we can't find a larger one-day advance - following the release of softer-than-expected U.S. inflation data. In fact, this was the worst day for the Dollar in over a decade.

It will therefore take more than a 0.2% deviation in the monthly UK GDP reading to undo such a move.

The ONS estimated that "at least half" of September’s fall in real GDP was because of the extra bank holiday for the Queen’s funeral.

The rolling three-month-on-three-month reading of UK economic growth showed a 0.2% decline, which is less than the -0.5% the market was expecting.

The year-on-year growth reading for the third quarter as a whole stands at 2.4%, better than the 2.1% expected.

For a technical recession to be declared the fourth quarter and first quarter of 2023 must both register negative readings, which might yet be avoided if the post-Queen's funeral bounce-back is strong enough.

The trade balance was meanwhile in deficit by £15.6BN in September, which is in fact better than the -£18.7BN the market was expecting. 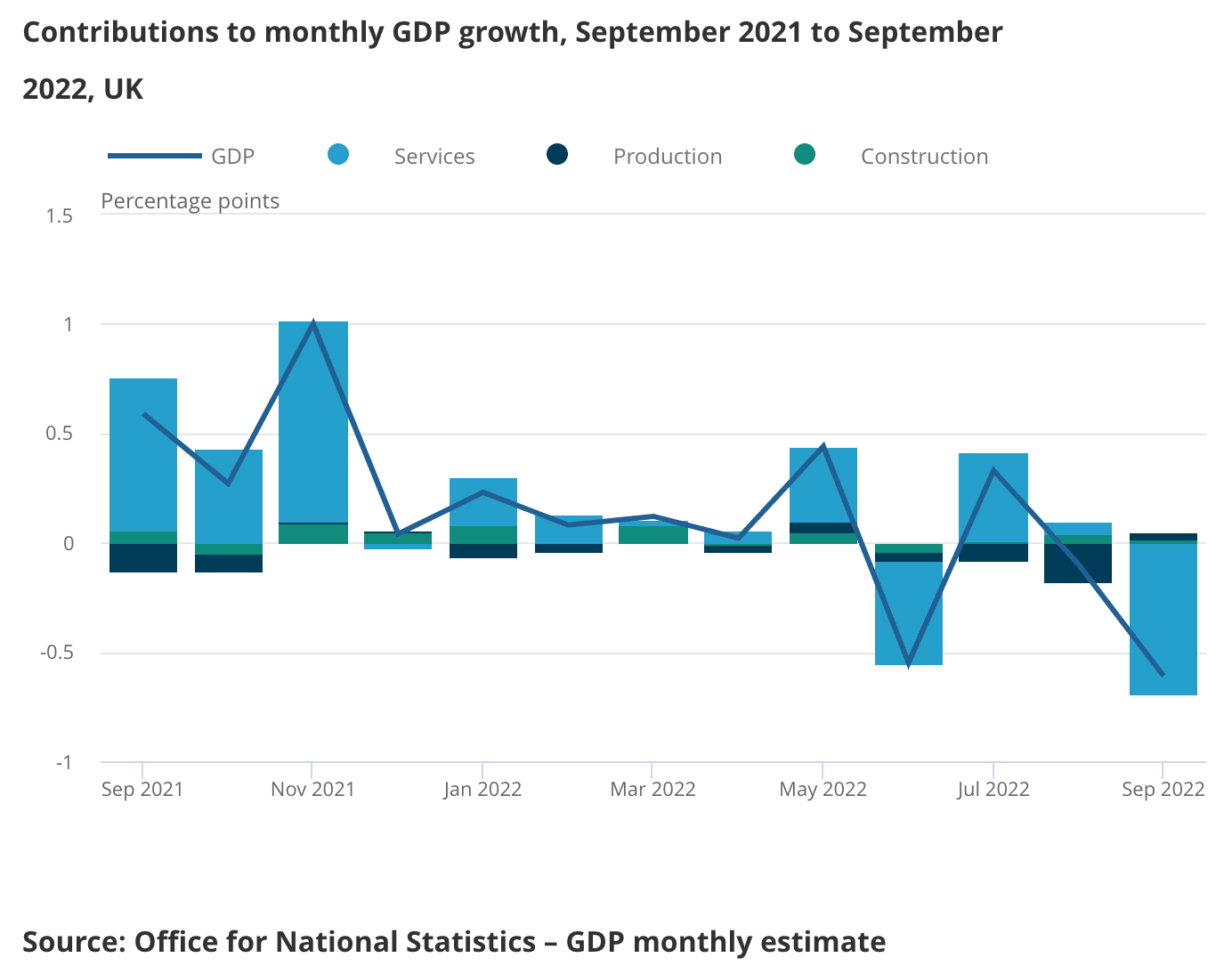 This data is therefore suggestive that the economy is doing better than analysts had expected, limiting the negative impact of the September GDP reading which also has a great deal to do with the Queen's funeral knocking growth.

Sentiment towards the UK economy is especially dire following the Bank of England's warning in October of an impending eight-quarter-long recession, therefore it will take significantly poor outcomes in the data releases to significantly move the dial.

In short, the Pound has been drowning in bad domestic news and this could therefore now largely be 'in the price'. 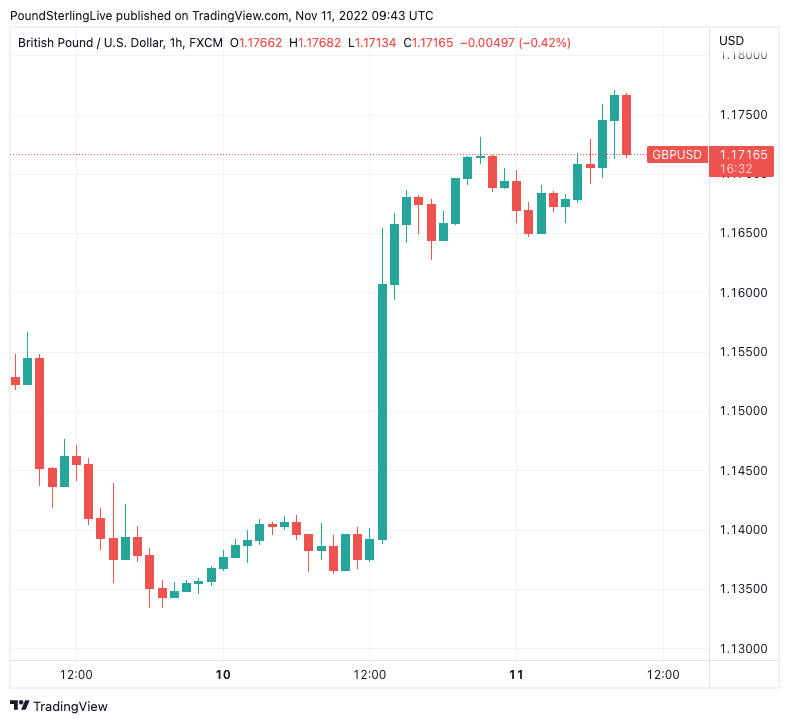 The broader global picture has been more instrumental for the Pound this week, given the light UK calendar and Friday's trade in the UK currency should reflect broader conditions.

There was something of an euphoric response to U.S. inflation data that showed prices had finally peaked and were starting to come down.

This allowed investors to bet the end of the Federal Reserve's rate hiking cycle is indeed in sight, and they bought stocks, commodities and other 'risky' assets such as the Pound.

The Pound would likely appreciate further should the markets rally into year-end.

The domestic outlook for the Pound now centres on the November 17 Autumn Statement, where Chancellor Jeremy Hunt will likely announce spending cuts and tax rises.

Economists say this would likely provide significant headwinds to UK economic growth and could therefore negatively impact sentiment towards the Pound.

"Marked fiscal tightening at a time when the drag of higher interest rates on investment and consumer spending is set to mount is likely to bring about a recession during 2023," says Horsfield.

"Next week's Autumn Statement could signal a dramatic swing in UK fiscal policy from too loose to too tight. In our view, shifting to overly tight policy would deepen the recession that the UK is likely to endure in 2023," says Andrew Goodwin, Chief UK Economist at Oxford Economics.

The Dollar's decline over the past 24 hours has acted as a release valve for the pressure that has borne down on Sterling over recent weeks, however, the move will likely reach its limits before long.

This could allow currency markets to return focus to the UK economy, and for the Pound the outlook looks bleak on this front.