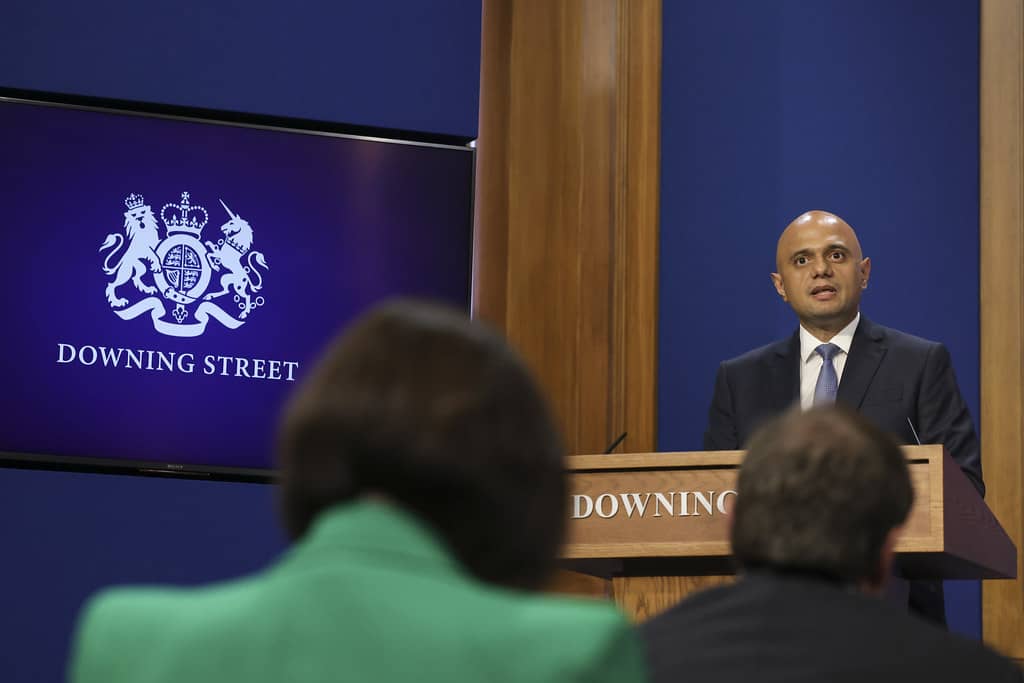 The British Pound fell sharply against the Euro and 'safe haven' currencies after the boss of a leading vaccine manufacturing company said the current suite of Covid-19 vaccines were likely to be materially less effective against the Omicron variant.

Global stock markets fell sharply after Stéphane Bancel, head of Moderna, said he foresees a "material drop" in the effectiveness of existing vaccines.

The fall in global markets echoed those falls of last Friday when investors first took stock of news of the Omicron variant's likely ability to evade vaccines.

The Pound fell against the Euro, Franc and Yen but held ground against the Dollar: the Dollar has not been displaying its usual 'safe haven' characteristics as these developments suggest the Federal Reserve will now have reason to slow its approach to raising interest rates.

Bancel said the high number of mutations on the Omicron's spike protein suggests the the current crop of vaccines may need to be modified next year.

“There is no world, I think, where [the effectiveness] is the same level ... we had with Delta,” Bancel told the Financial Times in an interview at the company’s headquarters in Cambridge, Massachusetts.

"I think it’s going to be a material drop. I just don’t know how much because we need to wait for the data. But all the scientists I’ve talked to . . . are like, ‘This is not going to be good’," he added.

The current market moves serve as a reminder that global issues are now firmly in control of currency markets and the near-term will remain highly volatile.

"His comments shouldn’t have been very surprising considering that the entire scientific community has been saying this for days now, but nervous traders still took the opportunity to liquidate riskier bets," says Marios Hadjikyriacos, Senior Investment Analyst at XM.com. 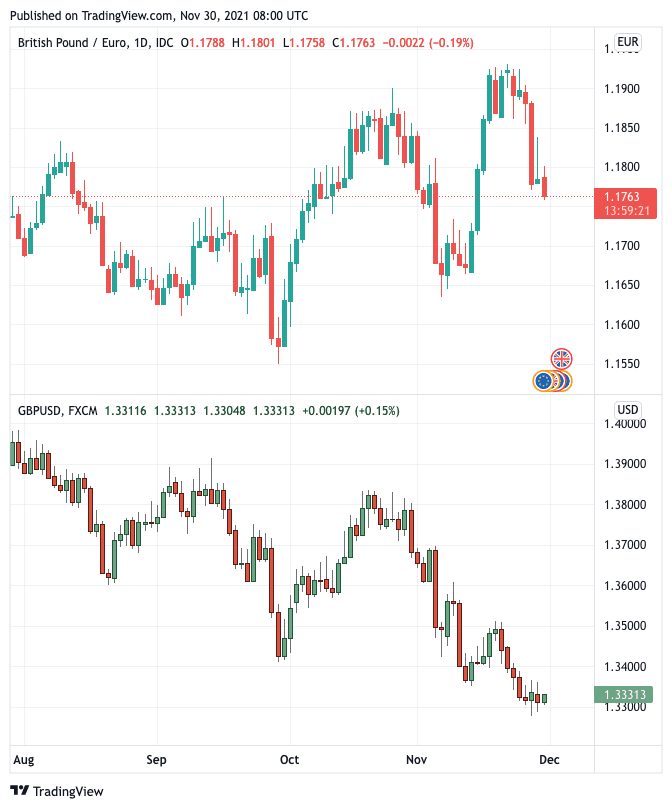 The UK will meanwhile accelerate its booster vaccination programme in a bid to avoid implementing further Covid restrictions, a move that could keep the Pound supported in a repeat of early-2021 price action.

UK authorities announced Monday the speeding up the booster vaccination programme by opening it to all over 18s in a move to shore up protection against a potential wave of Omicron infections.

The date between the 2nd and 3rd doses would meanwhile be reduced to three months from the current six.

The development comes as investor focus shifts abruptly to the Covid pandemic once more, with strategists saying those countries that are able to avoid another destabilising wave could see their currencies benefit.

Much therefore depends on the success of shoring up community immunity via booster doses, particularly if vaccines prove less effective against Omicron than previous variants.

Pound Sterling would likely remain supported over coming weeks as the UK's booster rollout is more advanced than those in the Eurozone and U.S., suggesting that the vaccine-driven rally of early 2021 could be repeated.

"The booster campaign is the next pillar to track. It’s the UK that stands out on this measure, with the EU recently accelerating its efforts," says strategist Jordan Rochester at Nomura. 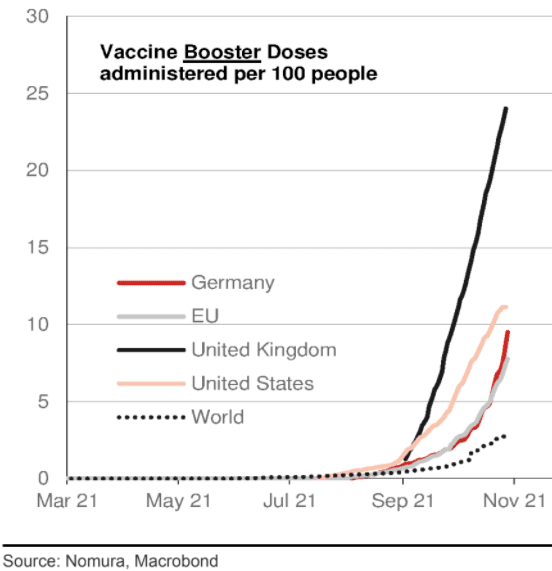 If the UK can avoid another wave of Covid the Bank of England would likely raise interest rates on multiple occasions in 2022, offering the Pound support.

"Widening access to boosters will hopefully increase the UK’s resilience, building on the roll out of our world-leading vaccine programme," says Matthew Fell, CBI Chief Policy Director at the CBI.

43 million people - which is the vast majority of people aged 18 and over - will become eligible for boosters after the government's announcement. But to date 17.5 million people have had a booster.

The NHS has been asked to scale up capacity to meet this demand in as short a time as possible.

"We still see the pound rising over 2022 with end-year targets of $1.48 and 81p against the euro (1.24 GBP/EUR). But this does depend on no further Covid lockdowns and a prompt agreement on the post-Brexit NI Protocol," says Philip Shaw, an economist at Investec.

Investec expects the Bank of England may still sanction its first rate rise already next month, and follow this up with a further 50bp of rate rises in 2022.

However, the odds of a December rate hike at the Bank of England fell back sharply on Friday as markets grappled with news of a potentially more transmissible Covid variant that also had the potential to evade vaccines.

Bank of England governor Andrew Bailey said just last week the risks to the economic outlook were two-sided; any growth slowdown linked to a new variant could tilt these risks to the downside.

"The restrictions announced by the government on Saturday in response to the new Omicron COVID-19 variant increase the downside risks to our GDP forecasts and the chances that the Bank of England delays increasing interest rates until next year," says Paul Dales, Chief UK Economist at Capital Economics.

Dales says there are two ways the new variant could hit the economy:

1) "The fear of catching Omicron may restrain activity if people cut back on socialising. And if large numbers of people are required to isolate, they would be less able to spend and work."

2) "If the Omicron variant proves to be very transmissible and increases hospitalisations even among the vaccinated, at some point the government may implement stricter restrictions."

Capital Economics are not yet ready to rule out a December interest rate rise as a majority of policy makers could yet believe the labour market will remain tight and the upward pressure on wage growth will be sustained regardless of Omicron.

But the independent consultancy says there would be a very strong incentive for the Bank to keep rates at 0.10% in December and wait to see how the land lies at the following meeting on 3rd February 2022.

"For now, we are sticking with our forecast that the Bank will raise interest rates in December. But the chances that the first hike won’t happen until next year are growing," says Dales.