The British Pound stuttered into August going lower against the Euro, Dollar and a host of other currencies, with investors taking money off the table ahead of Thursday's Bank of England policy meeting.

The policy update coincides with the release of the quarterly Monetary Policy Report which will likely provide some much-needed clarity as to whether a 2022 interest rate rise will happen.

The decline in value is consistent with new foreign exchange market positioning data which shows investors are turning increasingly bearish on the UK currency, having added to bets for further downside.

Data from the CFTC - the most comprehensive set of positioning data available - showed the net bet against the Pound rose by $195MN to $493MN last week, largely because gross long positioning dropped sharply. 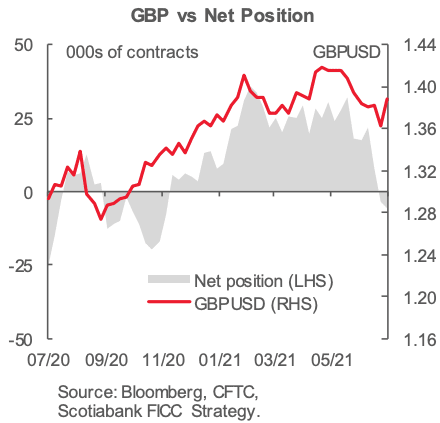 Investors built a net bet against the Pound for the first time in months two weeks ago, a development which coincided with a slowdown in UK business activity that came alongside a third wave in Covid 19 infections.

Looking ahead, the elimination of the net 'long' bet on the Pound - i.e. a position that favoured gains in the currency - means positioning is no longer a headwind to gains should the Bank of England policy event transpire as being more 'hawkish' than the market had expected.

This is because positioning data is often regarded by analysts and traders as a counterintuitive signal in that when the market gets too heavily invested in a position a counter-trend rebound becomes likely.

Investors have betted heavily in favour of Sterling gains for much of 2021 and the popularity of the trade was in fact one of the greatest headwinds blowing against further gains in the Pound.

Therefore current positioning might no longer be considered a source of possible resistance to a rally in the UK currency from current levels. 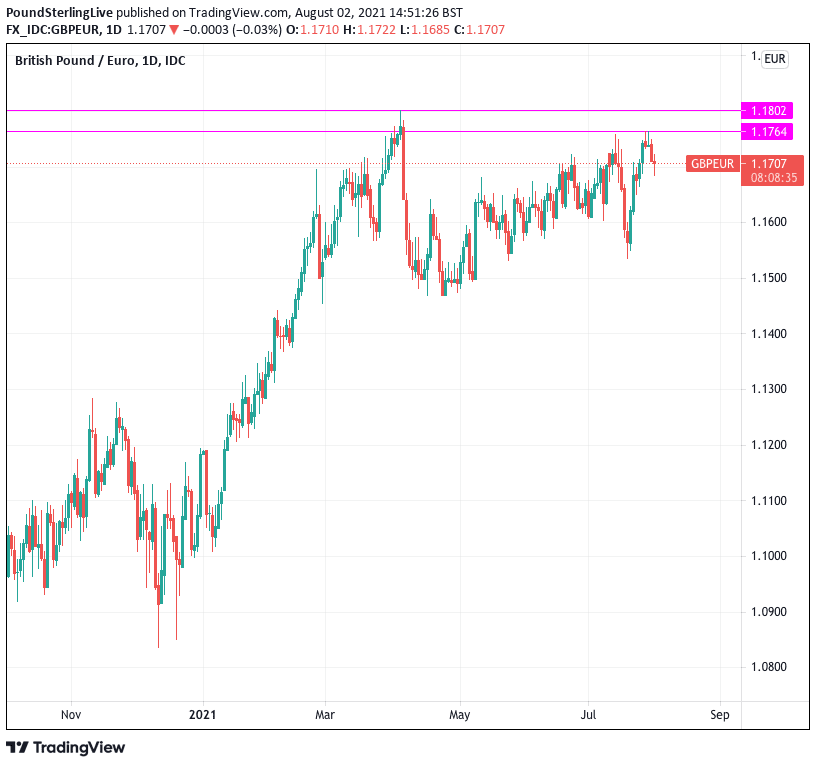 Markets are largely expecting the Bank to announce no significant changes to its policy, opting to keep interest rate settings and quantitative easing levels unchanged.

But, the Bank will readjust its economic forecasts and give guidance on the ending of its quantitative easing programme while addressing the outlook for interest rates.

"A shock trim to the quantitative easing programme could boost GBP, given that a 7-1 or 6-2 vote to keep QE running at full-speed is expected. The pound might also benefit from a larger than expected increase to the BoE's inflation projections, as this could raise the perceived probability of an earlier-than-expected BoE rate hike," says Howard.

"Sterling may also react positively if the BoE sheds light on how and when it might throw its stimulus programme into reverse," adds Howard. 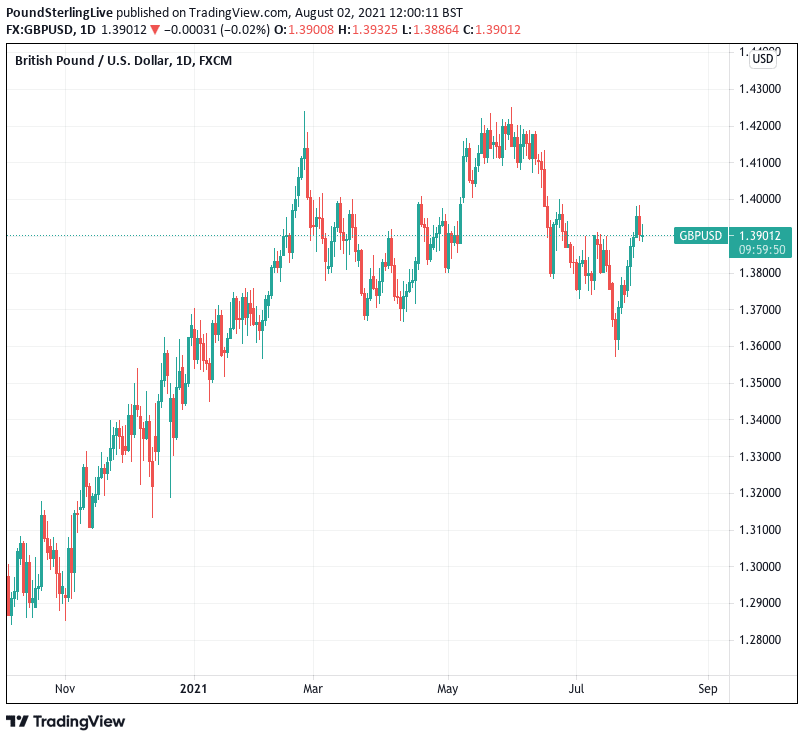 "Long sterling, despite mixed messaging from various members of the BOE committee into this week’s meeting makes sense to me," says a regular morning briefing note from the JP Morgan currency trading desk in London.

"The path to normalisation may be slow but it's in the right direction, a move above 1.40 in cable will wrong foot all the GBP sellers of late," it adds.

Crédit Agricole says the fundamental backdrop remains clouded for Sterling and they believe any upside from here should prove short-lived at best and they remain cautious on the UK currency.

"The GBP was sold for most of the past week. While not being fully in line with price action, this could mean rallies have been sold. With net-positioning being well below its medium-term average, corrective upside risks seem high from here, just like in the case of the AUD and EUR," says Valentin Marinov, Head of G10 FX Strategy at Crédit Agricole.

Crédit Agricole have entered a short-term long position in GBP/USD, EUR/USD and AUD/USD with a target of +3% and a stop loss of -1.5%, for each respectively.

Bank of America analysts meanwhile tell their clients they are of the view the Bank of England sits in that camp of hawkish central banks.

They expect the Bank to raise interest rates to 0.25% in May 2022, which makes them one of the more hawkish in their expectations.

Should the Bank meet this expectation and signal a rate rise for May 2022 the Pound would go higher as recent bets against the Pound are flushed out. 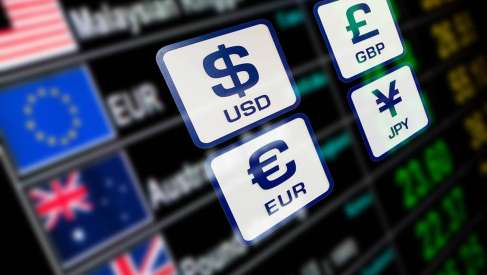 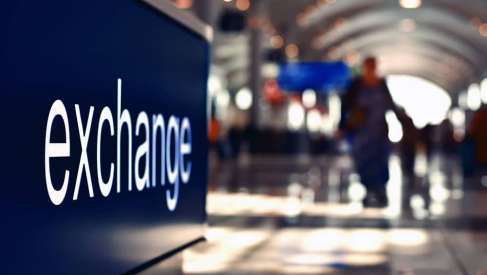