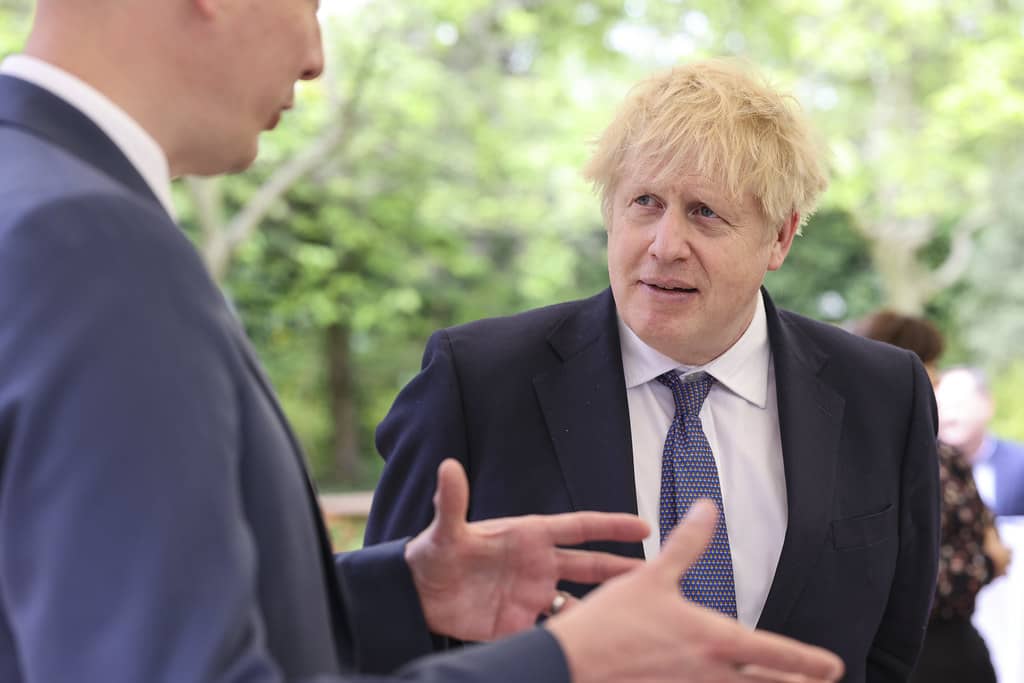 After years of obsessing about Brexit and its impact on the Pound, 2021 has been relatively free of headlines relating to the UK's divorce from the European Union.

However this looks set to change and Brexit is pinging on the Pound's radar once more amidst threats made by the EU that it would tariff UK exports if it fails to fully implement the terms of the Northern Ireland protocol next month.

"GBP is underperforming against most major currencies. UK and EU officials meet on Wednesday to try and resolve an escalating row over trade rules for Northern Ireland. U.S. President Joe Biden will take part in the discussion," says Elias Haddad, Senior Currency Strategist at CBA.

The Telegraph reports Prime Minister Boris Johnson is considering "all options" amid "a looming trade war, after Brussels threatened to impose sanctions over British exports to Northern Ireland."

Colourful reporting perhaps, but the issue is nevertheless likely to grow in interest for foreign exchange markets and past experience has shown that the British Pound tends to decline in value when Brexit-related anxieties rise.

The Pound-to-Euro exchange rate has edged lower by a third of a percent this week to trade at 1.1598 in what appears to be a highly indecisive market.

The Pound-to-Dollar exchange rate is meanwhile largely unchanged at around 1.4137.

"There’s no question that the rhetoric from Brussels could weigh on Sterling sentiment in the short-term but it’s not yet clear whether it will be enough to drive Sterling out of its recent range trading limbo," says Matt Nobes, UK Deputy Head of Trading at Global Reach Group.

"The real concern for us is that tensions escalate into retaliatory tariffs, or worse, the EU intervenes to prevent UK financial services access to the single market. Either of these would likely be viewed as a significant risk event for the UK economy and we would expect a broad sell-off for the Pound," adds Nobles.

The Northern Ireland matter will be of interest on Wednesday as the EU will table concessions on solving the impasse over Northern Ireland but will warn the UK's Brexit Minister David Frost that "patience is wearing thin" in Brussels over the government’s "confrontational" attitude.

According to a report in The Times, Maros Sefcovic, the EU’s lead negotiator, will tell Frost that in return for the concessions, which are viewed by the EU as substantial, the government must implement the protocol "in good faith".

But if there is no breakthrough by next month and the government does not implement the protocol, the EU is ready to impose trade sanctions, including retaliatory trade tariffs adds the report.

The imposition of trade tariffs would have a potentially significant impact on sentiment towards the Pound which could find itself come under pressure heading into the autumn as a result.

Tensions over the issue have flared up within Northern Ireland's unionist community over recent months whose leaders want the protocol scrapped in its entirety.

The new DUP leader Edwin Poots has gone so far as to accuse the EU of using Northern Ireland as a "plaything" over Brexit.

He also accused the EU of doing "demonstrable harm" to the peace process and said he is concerned of violence this summer due to anger over the Northern Ireland protocol.

Drilling down into the details, UK ministers have been considering extending the grace period for chilled meats, which is due to come to an end this month, prompting the "warning" that the EU would retaliate with tariffs and quotas.

Downing Street sources told The Telegraph there was "no case whatsoever" for the EU to block exports of sausages and other chilled meats between Britain and Northern Ireland, saying it was "contrary to the aims of the protocol and the people of Northern Ireland.

"An urgent solution needs to be found," the Prime Minister's spokesman said. "The protocol was formed in a spirit of compromise, in challenging circumstances. It was not a finished solution... and we didn't expect the EU to take such a purist approach to it."

"We are working very hard to resolve these issues consensually. But the Prime Minister has always made clear we will consider all our options in meeting our responsibility to sustain peace and prosperity in Northern Ireland," the spokesman said in response to a question as to whether the UK would retaliate and tariff EU goods.

Headlines regarding the Covid-19 pandemic in the UK are meanwhile unhelpful to fostering upside in the Pound, with media reporting that a delay of between two weeks and a month to the final phase of lifting covid restrictions will soon be announced.

The move would come as Covid-19 vases continue to rise sharply, with the case load now doubling every ten days.

"Sterling remains suspended above the $1.41 and €1.16 levels versus the US dollar and euro amidst the strong UK economic outlook as economic restrictions continue to lift. Doubts over the June reopening are limiting GBP upside though," says Vessey.

The delay looks to be well signposted to markets by now and therefore a major downside shock to the Pound is unlikely in the event that a delay is finally announced by Prime Minister Boris Johnson.