Demand for protection against a decline in the value of the British Pound has fallen to a new post-Brexit trade deal low on Tuesday, according to Thomson Reuters data.

Data shows the premium for buying protection against declines in Sterling has fallen to its lowest level since late 2020, when the cost of such protection soared ahead of the signing of the EU and UK trade deal.

The developments in options markets - where businesses, institutions and investors hedge their currency market exposure - suggests an easing in the cost of insuring against volatility in Sterling.

The easing in demand for downside hedges reflects an ebbing belief in the market that destabilising and unexpected declines are likely. 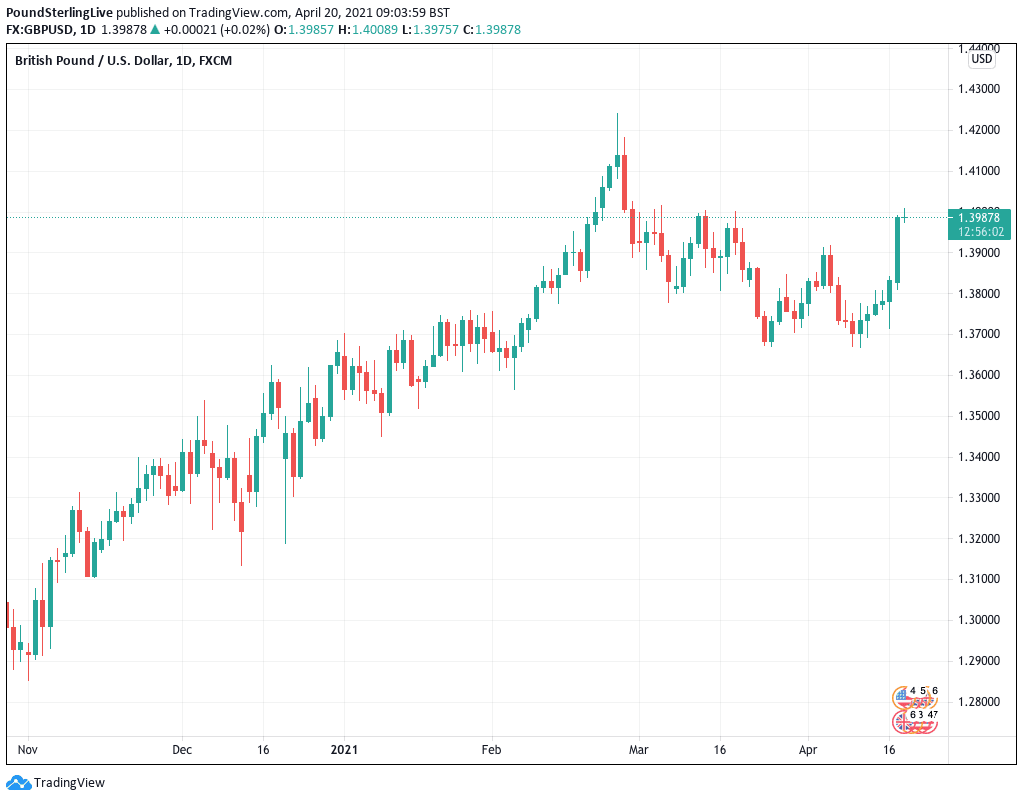 According to Richard Pace, a Reuters market analyst, options market data shows an increased demand for GBP call options since the 1.4000 barrier in GBP/USD was crossed on Tuesday.

A 'call' option is a contract that would allow the investor to profit if the GBP/USD exchange rate rose to 1.42 during the contractions one-month duration.

However, Pace's colleague Peter Stoneham says sharp back to back gains in the Pound over recent days has stretched some technical studies, but bids are nevertheless holding.

The British Pound was the best performing major currency at the start of the new week as it showed intent to finish what is traditionally a strong month from a seasonal perspective on the front foot.

The Pound put its April blues behind it by going up over three-quarters of a percent against the Euro and 1.25% against the Dollar on Monday, with gains largely holding into Tuesday.

GBP/EUR rallied to a daily high of 1.1642 on Monday, the best exchange rate for Euro buyers since April 07.

However, some of the shine in the exchange rate is coming off through the Tuesday session as the EUR/USD rate jumps 0.30% and pushes further above the 1.20 level.

GBP/USD rallied to a daily high of 1.4008 on Tuesday, the best exchange rate for Dollar buyers since March 18.