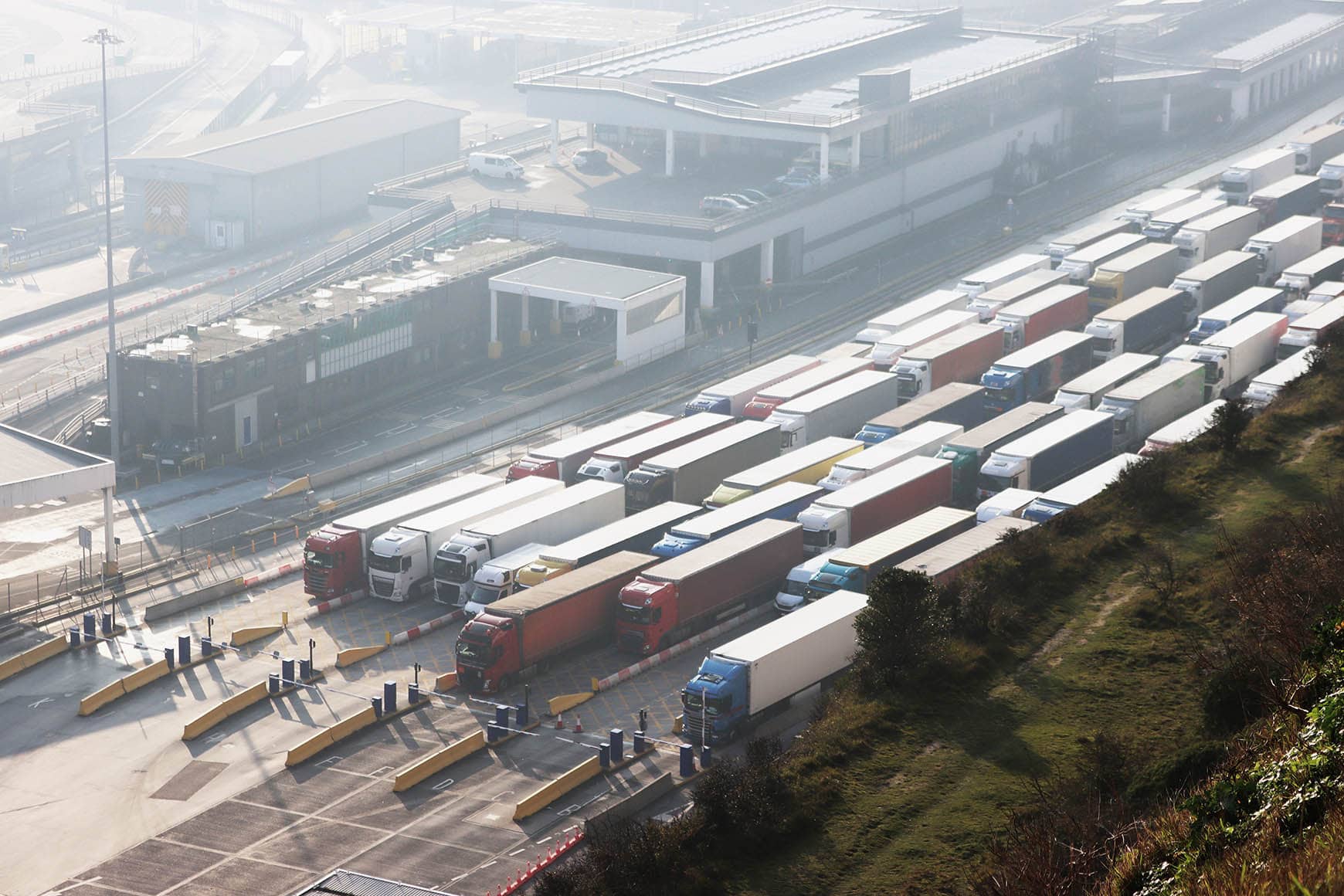 Real-time trade data is showing that post-Brexit trade is recovering, with the rejection rates being reported by those exporting goods into the EU via the French border falling substantially.

The developments, if sustained, will likely prove to be supportive of the British Pound's outlook given analysts maintain Brexit trade frictions are a key downside risk for the currency in 2021.

According to data from Transporean - a logistics facilitator and data provider - the rejection rate for cargo shipped to France from the UK almost halved last week.

This is the lowest since the last week of November. 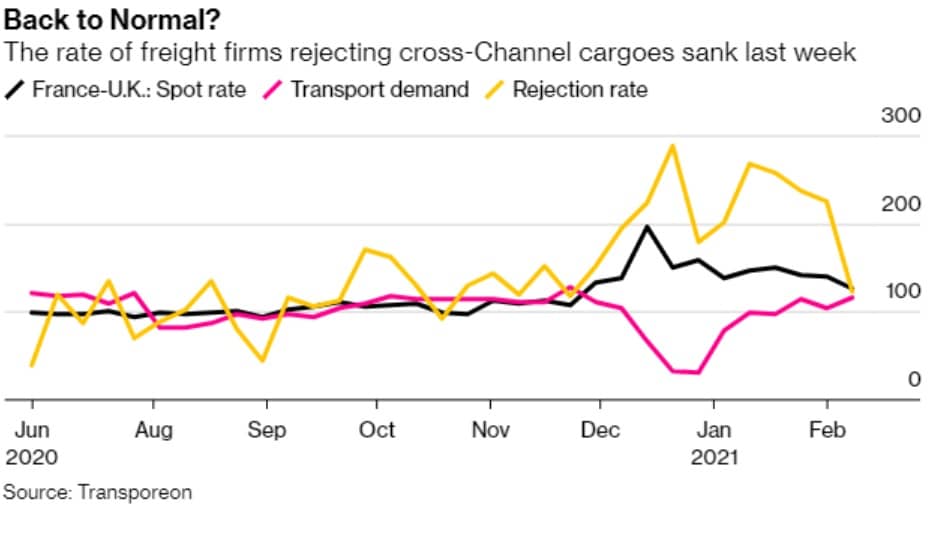 The developments will be supportive of the general outlook for Sterling, given that a number of foreign exchange professionals maintain a view that Brexit-related trade frictions remain one of the most important headwinds for the currency in 2021.

"It is becoming increasingly apparent that Brexit is hampering trade between the EU and the UK," says Thu Lan Nguyen, FX and EM Analyst at Commerzbank.

It is unclear whether the data released by Transporean has been adopted into Commerzbank's modelling.

"These obstacles threaten to result in weaker foreign trade and thus have a negative impact on economic growth - especially as trade frictions are expected to increase further in the course of the year when, after a transition phase, the UK also begins to implement full customs controls at its borders," adds Nguyen.

Similar data released by Transporean one week ago showed the impact of Brexit and the Covid crisis on UK trade was still significant.

Cross-channel cargo volumes were reported to be at 75% of 2020 levels, while costs were still 40% up on the third quarter.

We will watch the numbers coming out over coming weeks to assess whether the recent improvement is sustainable.

Until then, expectations for a trade-related headwind to Sterling valuations will likely be retained by some foreign exchange analysts.

"A weaker currency would help compensate for the higher trade costs resulting from Brexit," says Nguyen.

Commerzbank say the Pound could maintain its period of outperformance in the near-term, however a turn lower is likely over quarters.

"The successful vaccination campaign in the UK is fueling hopes for a quick recovery and boosting the pound. In the short term, the appreciation trend could continue, but as soon as the effects of the Brexit become more apparent, the trend is likely to turn again," says Nguyen.