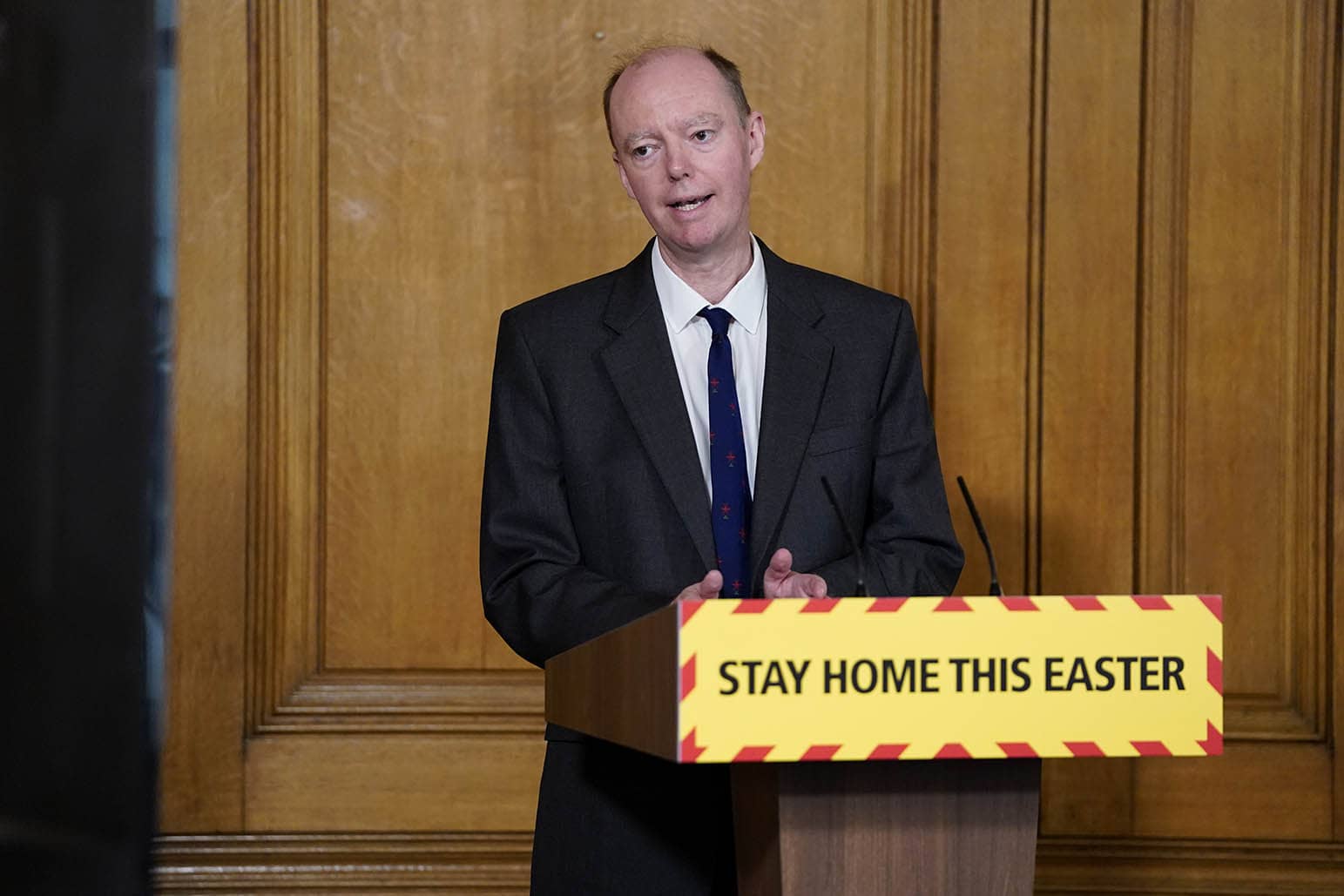 The British Pound fell sharply at the start of the new week as a deep stock market sell-off signalled a substantive negative shift in global investor mood while a warning on the rising rate of covid-19 infections from the Chief Medical Officer signalled fresh countrywide restrictions could be announced by the government as early as Tuesday.

Stock markets across the globe fell on Monday lead by Europe's banking sector over findings that some of the world's biggest lenders had been covering up industrial-scale money laundering for years, leading to fears U.S. authorities would levy punitive signs on an already struggling sector.

Buzzfeed News has obtained documents detailing "how criminals use big-name banks to finance terror and death, and the government doesn't even stop it. Thousands of "suspicious activity reports" have been exposed that offer a "never before seen picture of corruption and complicity" involving bank payments and the U.S. administration's apparent willingness to let it go unchecked.

The bank with the largest sums of money that are cited as being potentially fraudulent is Germany's Deutsche Bank.

How does this all impact the Pound? The UK is the world's key financing centre and boasts nearly half of the global daily foreign exchange transactions with the financial sector making up a greater proportion of the UK's economy than it does for the U.S. and Eurozone.

This appears to put the UK at risk of capital flight which appears to occur when stock markets are selling off, as was the case in March when markets melted as covid-19 spread.

This flight of capital in turn places downward pressure on Sterling:

The Pound-to-Euro exchange rate is seen 0.20% down on the day at 1.0897, this is not a major move given the focus on European banks. The Pound-to-Dollar exchange rate is on the other hand down 0.70% at 1.2842, understandable given the Dollar tends to benefit when investors liquidate stocks and opt for cash. The ultra-safe haven yen is meanwhile leading the field, with the GBP/JPY exchange rate down a chunky 1.0% at 133.71.

Looking beyond the financial sector story, the Pound's poor month could be about to get worse as the UK faces fresh restrictions aimed at stemming covid-19. 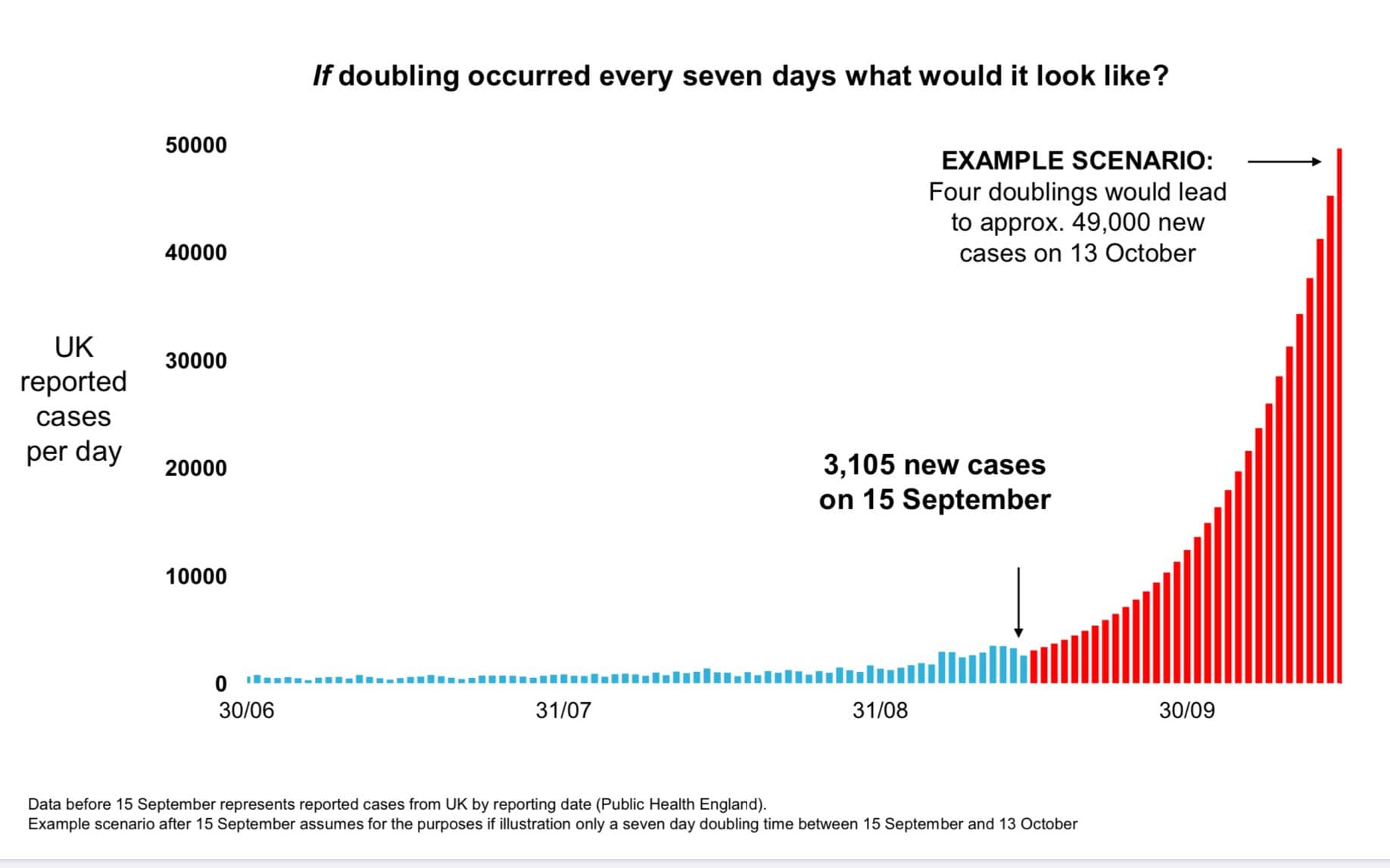 Further government curbs to movement and socialisation are expected to be announced at some point following the warnings that show the case rate will reach 50K a day unless transmission is curbed.

"50,000 cases a day will lead to a month later, by mid November, 200 deaths a day. We must not enter into this exponential growth," says Vallance.

Above: Case rates in the UK are picking up. Image courtesy of Commerzbank.

The Pound was one of the worst performing major currencies in the March-June period as the UK endured one of the most strict and longest lockdowns in the developed world, it therefore stands that the currency will be sensitive to further measures.

"September blues continue," says Neil Wilson, Chief Analyst at Markets.com. "Rising infection rates in Europe and the prospect of fresh lockdowns in the UK and elsewhere are a worry for investors – how quickly do we recover from the pandemic?"

Above: Europe is seeing a second wave of infections. Image courtesy of Commerzbank.

"With cases sharply rising across Europe, including a fresh daily record of 13,500 new infections for France and numbers regularly around the 4000 mark in the UK, it seems like the continent is entering – or more likely has entered – its second wave. And with that comes the increased chance for another round of nationwide lockdowns," says Connor Campbell, Financial Analyst at Spreadex. "The prospect of such, and the cost associated, has sent the markets into a spiral – even if there is no reason why the losses should be so pronounced today when compared to any point last week. It seems that headlines have simply reached a tipping point in the eyes of investors."