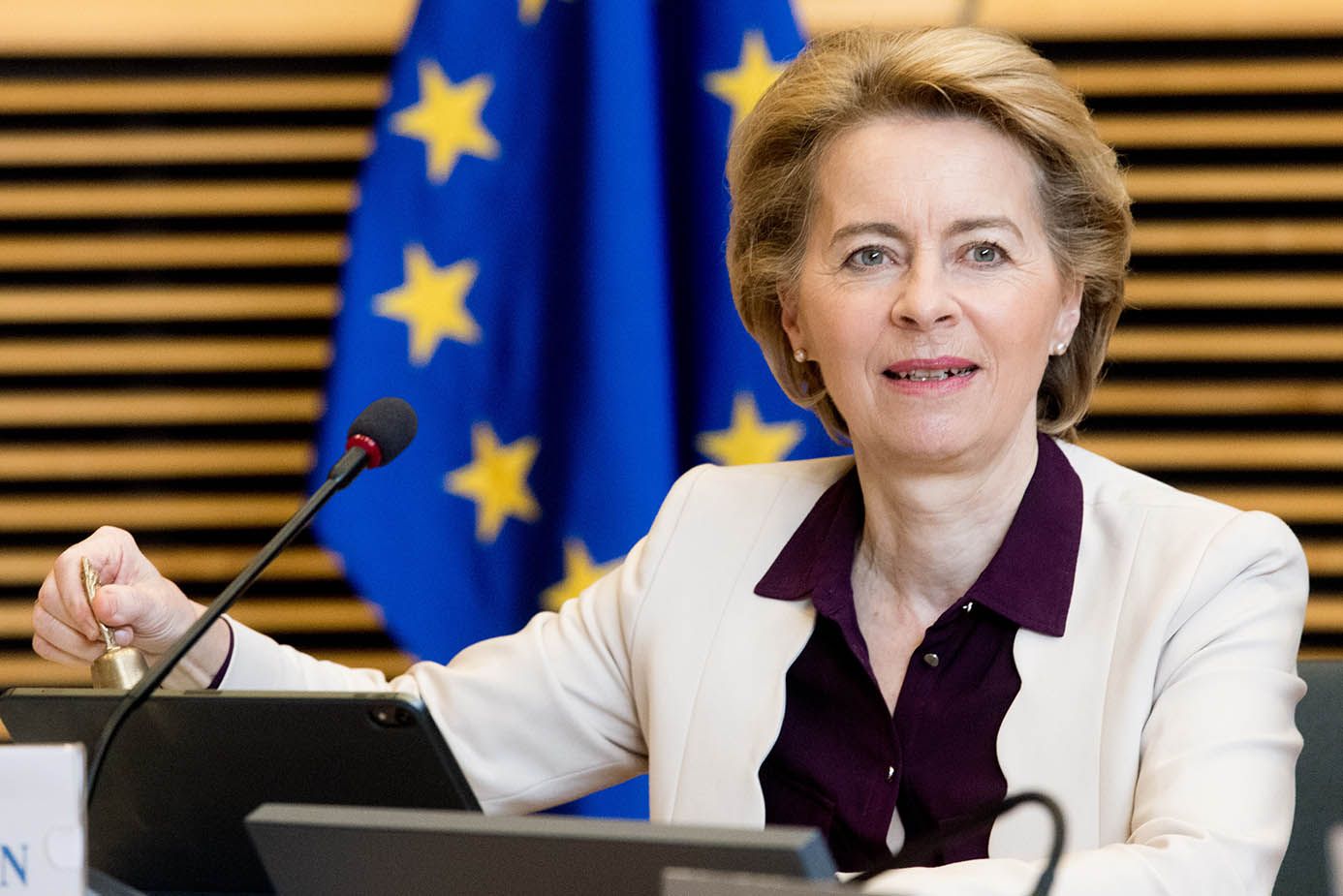 It's been a volatile day for the British Pound after it fell on the Bank of England's September policy event to then shoot higher hours later on comments made by EU Commission President Ursula von der Leyen, who said she remains "convinced" an EU-UK trade deal is still possible.

von der Leyen said she was convinced a trade deal with the UK was still possible despite the "distraction" caused by Boris Johnson’s manoeuvres on elements of the Withdrawal Agreement that has triggered a rise in tensions between the two sides of late, resulting in expectations for a 'no deal' outcome and a weakening in Sterling.

The Pound remains highly volatile at present and is increasingly reactive to news headlines concerning Brexit, understandable considering the clock is fast running down on the time left for the two sides to strike an agreement.

"I am still convinced it can be done,” Ms von der Leyen said in an interview. “It is better not to have this distraction questioning an existing international agreement that we have, but to focus on getting this deal done, this agreement done - and time is short," von der Leyen told the Financial Times.

One EU diplomat told the FT that "We should not overreact... We will continue negotiations because there are two separate tracks: one is the one which the UK has decided to violate, and the other is the future relationship." 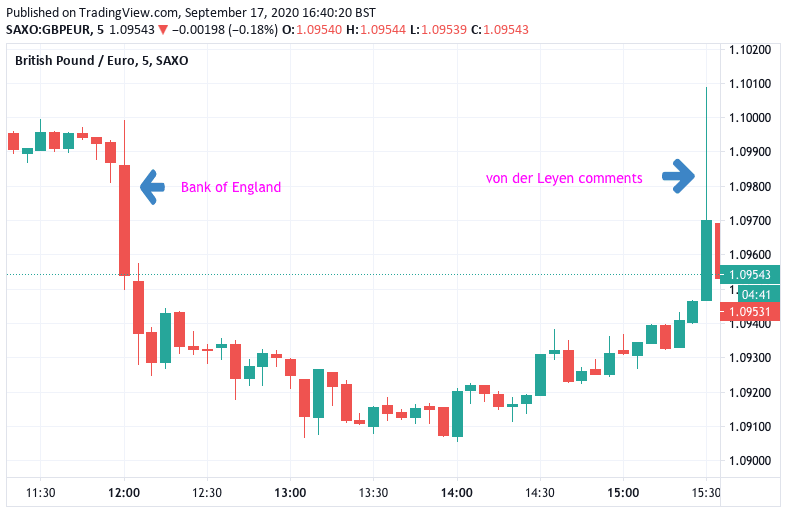 "The Pound has enjoyed a late resurgence today, after the EU’s von der Leyen stated that she is ‘convinced’ that a trade deal between the EU and UK is still a possibility," says Joshua Mahony, Senior Market Analyst at IG.

The British Pound had fallen sharply mid-day London time after the Bank of England said it would soon start engaging the banking sector regulator on the possibility of lowering interest rates in the UK to 0% or below.

"Sterling has taken another knock on the news, compounding woes from the latest rash of Brexit developments. As always, the safest assumption seems to be that if trade talks collapse and the UK heads for a disruptive end to the transition period, further losses will materialise for the pound," says Ranko Berich, Head of Market Analysis at Monex Europe.

The Bank opted to leave interest rates unchanged at 0.1% at the September meeting, which is considered to be the lowest point rates can be cut to; beyond 0.1% it is anticipated that rate cuts give little benefits to the economy and could potentially destabilise the financial system.

However, given the massive economic shock suffered in 2020, combined with uncertainty over a future Brexit trade deal, the Bank feels it is worth examining the prospect of cutting interest rates to below zero.

The Bank has in fact been studying this possibility for some months now, but the admission that they will be engaging regulators in the final quarter of 2020 suggests further interest rate cuts are coming.