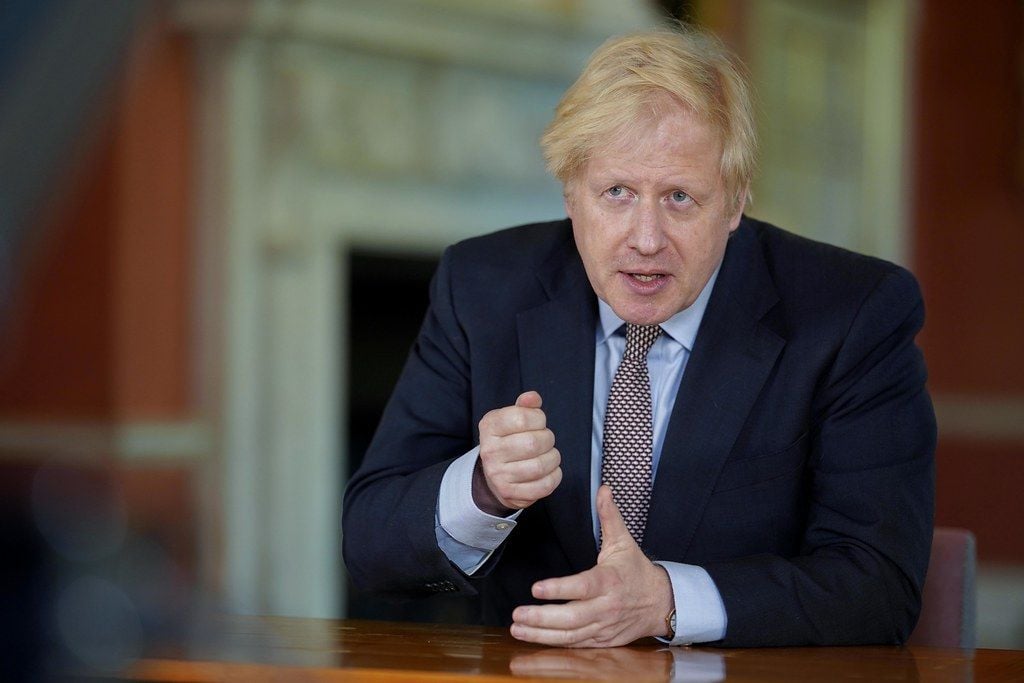 The British Pound looks set to retain a subdued tone over coming days and weeks as the UK economy starts out on a long road back to normality relative to its global peers, with Prime Minister Boris Johnson saying on Sunday night that it would likely only be August at the earliest when most of the economy would be open again.

Johnson said it was too soon to ditch the lockdown as there was a likelihood covid-19 infection rates would start climbing again, and a cautious approach to restarting the economy was needed.

The cautious approach will likely ensure the UK wins the medical battle against covid-19, but for Britains services-orientated economy the outlook is grim as the coming months will see millions of businesses - small and large - pushed to the wall.

The economic recovery will therefore likely resemble a U, in that it will be slow and drawn out.

This matters for the British Pound as the UK economy is likely to be outshone by peers who are exiting lockdown in a more substantive and confident manner. The foreign exchange market is over coming weeks likely to start shifting away from a binary 'risk on' / 'risk off' response to the coronavirus and focus instead the relative performance of post-lockdown economies.

"We expect that the main market driver in the weeks ahead will be whether countries will succeed in their exit plans from the lockdown," says Athanasios Vamvakidis, strategist at Bank of America Merrill Lynch. "We know the lockdown was bad for the economy, and therefore any opening-up should be positive. However, if infection rates start increasing again, countries may be forced to go back and increase containment measures again."

"Many sectors will not be able to operate at their full capacity. Some companies, particularly SMEs, may not be viable in the new normal. We would expect high uncertainty to keep investment and hiring down. An L or long-U recovery is more likely in our view than a V," adds Vamvakidis.

The British Pound therefore looks to be at a disadvantage relative to its peers given the UK's likely sluggish exit from lockdown.

"UK Prime Minister Boris Johnson last night announced some very modest first steps towards lifting the coronavirus lockdown that was imposed on 24 March. Reflecting the comparatively high number of actives virus cases and, in turn, greater risk of a second spike in infections, the first steps to re-open England are smaller han the initial steps taken by Germany on 20 April or those taking effect in France today," says Kallum Pickering, SeniorK Economist at Berenberg Bank.

There are five tests that must be met before social distancing measures can be adjusted.

One of these is the rate of infection, or R.

Keeping the R down will be vital to our recovery, and we can only do it with discipline and by working together. #StayHomeSaveLives pic.twitter.com/Z10K0Yp90m

For now however, the foreign exchange market place looks to be devoid of drivers and awaiting the next trigger that will drive more sustained moves in currencies such as Sterling, the Euro and U.S. Dollar:

The Pound-to-Euro exchange rate is quoted at 1.1450 at the time of writing, unchanged on the previous week, while the Pound-to-Dollar is largely static around 1.2418.

From Wednesday citizens will be allowed unlimited outdoor exercises with and tennis clubs and golf clubs being permitted to reopen. Johnson meanwhile indicated the government is likely to force any new arrivals at the UK's airports into a two-week quarantine.

June is expected to see most shops reopen while nurseries and some primary school year groups will also be allowed back, although others will not return until after the summer holidays.

In July, some cafés and restaurants may be allowed to reopen, although pubs are likely to remain closed into August and potentially through the autumn.

The Government will lay out a more extensive set of guidelines at 14:00 BST, while Prime Minister Johnson is set to appear before Parliament at around 15:30 BST to expand on Sunday' night's address.

"GBP has had very little independent direction in recent weeks, but with EU trade negotiations reopening today (the penultimate round ahead of the deadline for a transition extension), the data calendar relatively busy and further clarification due from PM Johnson on exactly what the UK’s lockdown policy is, this may change and we see most of the risk to the downside," says Adam Cole, Chief Currency Strategist at RBC Capital Markets. 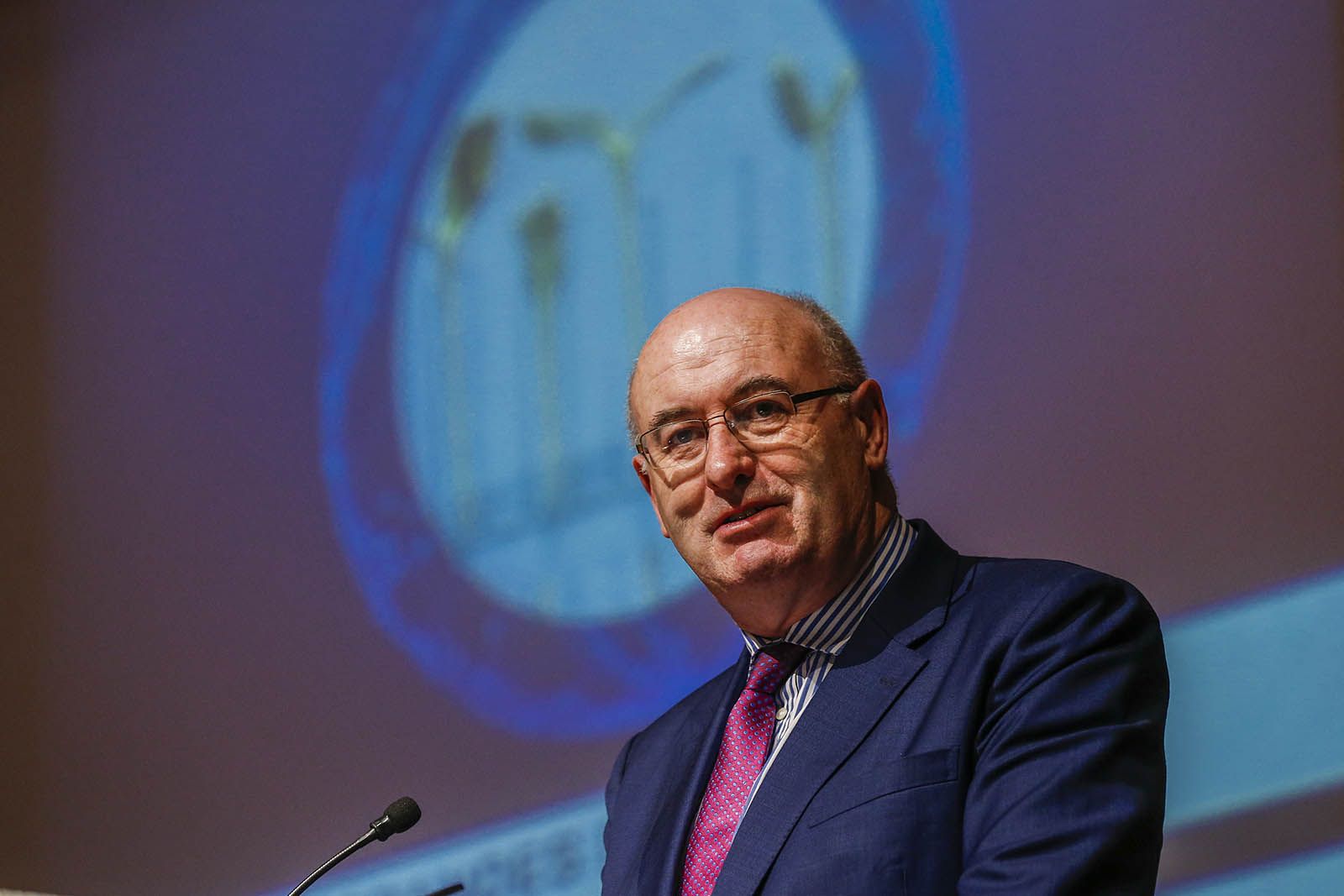 Sterling traders will keep an eye on EU and UK trade talks which reconvene this week, with negotiators looking to make progress on the key issues of market divergence and fishing rights which are said to be holding back progress.

The previous round of negotiations, held two weeks ago, saw the EU's Chief Negotiator Michel Barnier appear uncharacteristicly flustered by the lack of progress in a post-negotiation media appearance, suggesting the UK is not willing to move on some key demands from Brussels.

Last week the EU's Trade Commissioner Phil Hogan added to the growing sense of frustration in Brussels when he told Ireland's RTE:

“Despite the urgency and enormity of the negotiating challenge, I am afraid we are only making very slow progress in the Brexit negotiations. There is no real sign that our British friends are approaching the negotiations with a plan to succeed. I hope I am wrong, but I don’t think so.

"I think that the United Kingdom politicians and government have certainly decided that COVID is going to be blamed for all the fallout from Brexit and my perception of it is they don’t want to drag the negotiations out into 2021 because they can effectively blame COVID for everything."

The Pound tends to underperform in times of Brexit uncertainty and deadlock in trade negotiations is only likely to raise that uncertainty in the forseeable future.

If progress is not made over coming weeks the UK has until July 01 to request an extension to negotiations, which would release some pressure out of what could potentially become a high-pressure cooker for Sterling. However the UK Government has thus far maintained a steadfast position that it would not be seeking an extension, saying there was enought time and scope to reach agreement under the existing framework.

Markets will nevertheless be aware that negotiations only ever tend to result in progress in the last minute and will be prepared to adopt a wait-and-see approach for now. However, until progress is made in negotiations we expect any upside in the Pound to be capped by ongoing apprehension over the matter.

"The UK-EU trade talks are not going well, to put it mildly. An extension to the transitional period seems unlikely. The UK is adamant that it will leave the single market and customs union at the end of 2020. The UK and the EU are so far apart on many political sensitive issues – including Northern Ireland, fishing rights, level playing field provisions. We thus we need to pay more attention to the risk of disorderly exit than before," says Berenberg's Pickering.