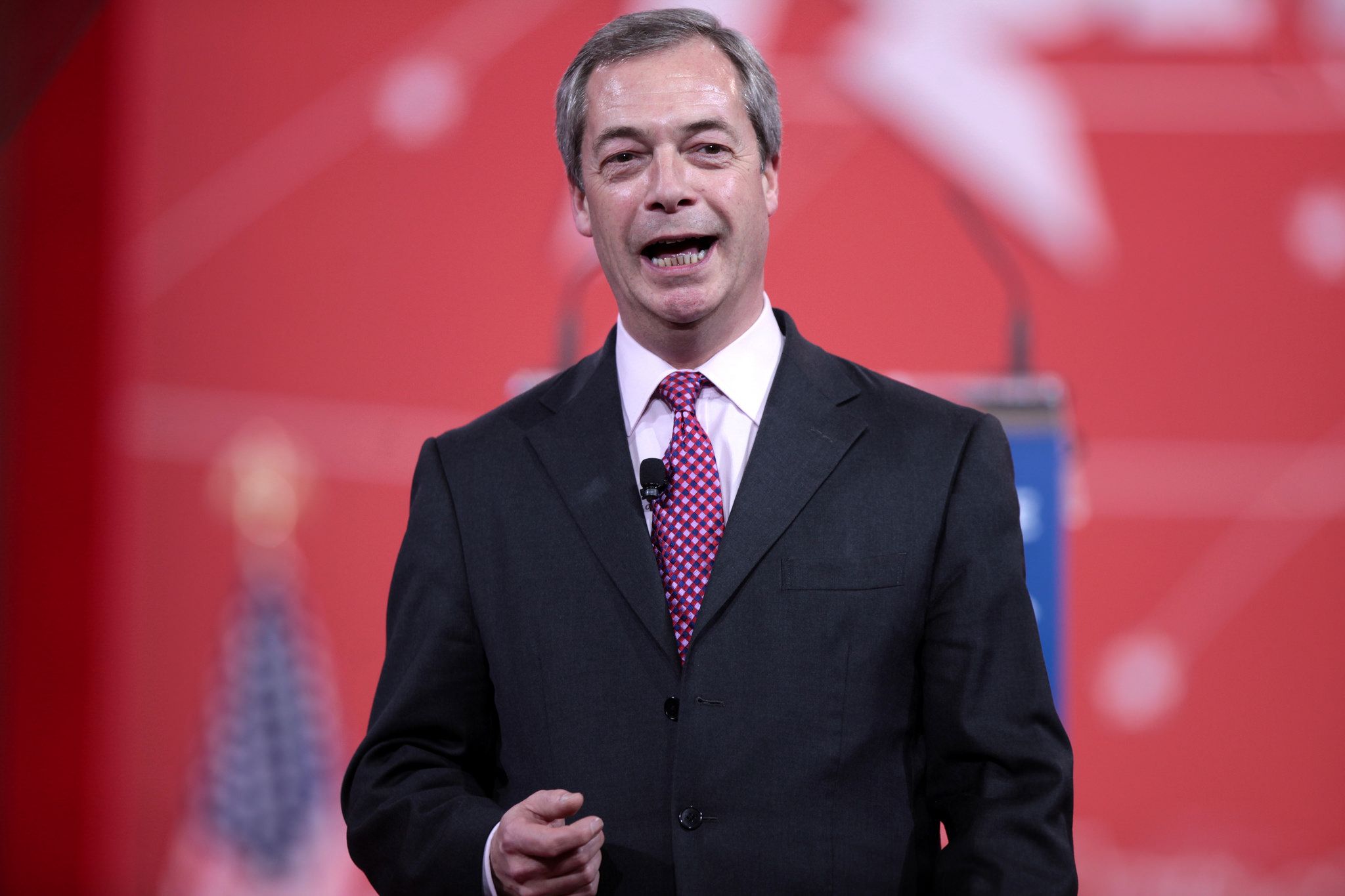 - Odds of Conservative majority soar above 60%

In an effort to try and ensure the 'leave' vote is not split at the upcoming vote, Brexit Party Chairman Richard Tice said his party will not contest the 317 constituencies won by the Conservatives at the last election. "We are putting country before party," says Tice. Now we will focus on taking the fight to Corbyn’s Labour, including here in Hartlepool where we can win."

Party leader Nigel Farage said the decision to withdraw from Conservative seats was prompted by Prime Minister Boris Johnson's committment to not extend the transition period set out in the Brexit agreement to beyond 2020, while also committing to seek a free trade deal with the EU that falls along the lines of the existing EU-Canada trade agreement.

Sterling has entered a period in which it reacts positively to signs of a Conservative victory because it will ensure a Brexit deal could be passed through Parliament as soon as January, thereby putting to rest months of crippling uncertainty for UK businesses.

"Sterling took a leg higher as the Tories were given an early Christmas present from Nigel Farage, one which will be warmly received in CCHQ," says Neil Wilson, Chief Market Analyst for Markets.com. "The Pound is stronger since a clear, decisive election win for the Conservatives will provide clarity on Brexit – anything else becomes messy."

The UK economy has been craving certainty since the June 2016 EU referendum result, and the passing of a Brexit deal goes a long way in providing that certainty. Underlining the point was the release of GDP data on Monday that showed the economy is growing at its slowest pace in ten years.

"Nigel Farage announces that the Brexit Party will not stand candidates in 317 seats Tories won at last election, but focus instead on Labour seats," says ITV's Political Correspondent Paul Brand. "He may have just gifted the Conservatives this election."

In response to the decision by the Brexit Party, the Conservative's offered this response:

"We welcome Nigel Farage's recognition that another gridlocked hung Parliament is the greatest threat to getting Brexit done. IF we have another hung Parliament it would lead to two more chaotic referendums next year. The Conservatives only need 9 more seats to win a majority and leave by the end of January with a deal. We can then finally move on as a country, and focus on the priorities that matter to you and your family.

Looking at the betting markets, the implied probability of a Conservative majority has leapt on the news.

According to the Betfair Exchange the odds of a Conservative majority are now at a 64.5% implied probability.

Ahead of the announcement the odds were at around 43%.

The rise in odds for a Conservative majority have meant the Pound-Euro exchange rate now trades at its highest level since May 08, and the break to fresh multi-week highs will go some way in improving Sterling's technical picture and invite further gains.

"My view is that any majority in December is probably a positive for the Pound. With Labour campaigning for a second referendum and the Lib Dems on Revoking Article 50, it could be argued that Boris' deal is the perceived worst-case outcome," says John Goldie, FX Dealer at Argentex Group plc. “The real danger for sterling holders is another hung parliament – with no majority, any PM will find it difficult to get their manifesto through parliament and we’ll be in the same position: stalemate and a No Deal deadline just 6 weeks away."

Betting markets suggest the odds of a hung parliament are now at a 34.5% implied probability, this down from the 51% probability seen last Friday. 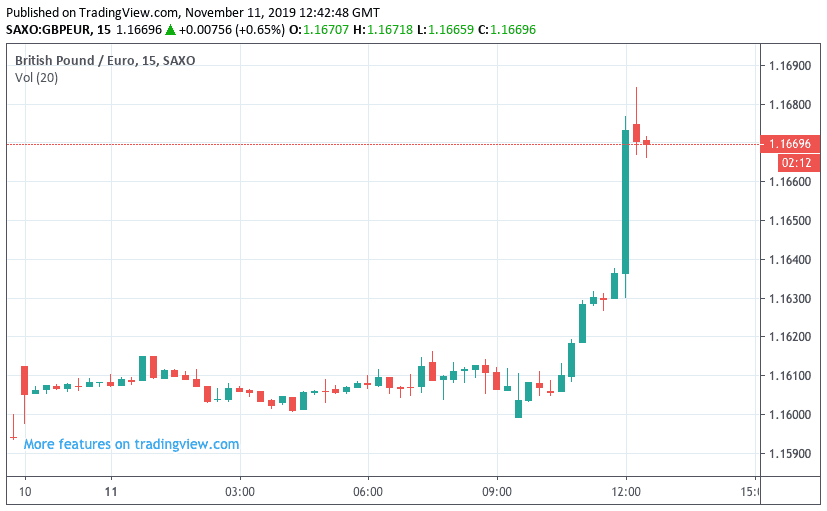 "The most GBP favourable outcome is a large Conservative majority while GBP unfavourable outcomes are either a weak conservative majority or an outright Labour one," says Paul Meggyesi, a currency strategist with JP Morgan in London. "Yes this would deliver Brexit but Johnson would have the political wiggle room to slowly dilute the relatively hard Brexit currently envisaged in the political declaration. At the very least a large majority would limit the ability of the ERG to block an extension to the transition period beyond end 2020."

While the market's assessment of today's developments are quite decisive, it must be noted the campaign is still at an early stage, and much can still change.

Add to this the difficulty in anticipating the first-past-the-post electoral system and it becomes clear that Sterling will remain prone to downside should polls swing in an unfavourable manner for the Conservatives.

"It would only take some gains for the Labour Party in the polls to unnerve the markets over the risk of the upcoming general election failing to resolve the Brexit gridlock by returning a parliament still unable to pass Brexit legislation – the risks associated with that don’t appear priced at present. An election result that returns a very unstable government would also undermine prospects of any considerable fiscal easing," says Derek Halpenny, an analyst at MUFG.

Pollsters at YouGov have this afternoon given their reaction to the announcement, and the verdict is that the announcement by the Brexit Party actually changes very little.

"Farage’s decision to stand aside in current Conservative-held seats and not in Labour-held seats that the Tories will be looking to gain will likely make very little difference... despite today’s drama, this is unlikely to be a game-changing moment," says a YouGov source quoted by BuzzFeed's Alex Wickham.