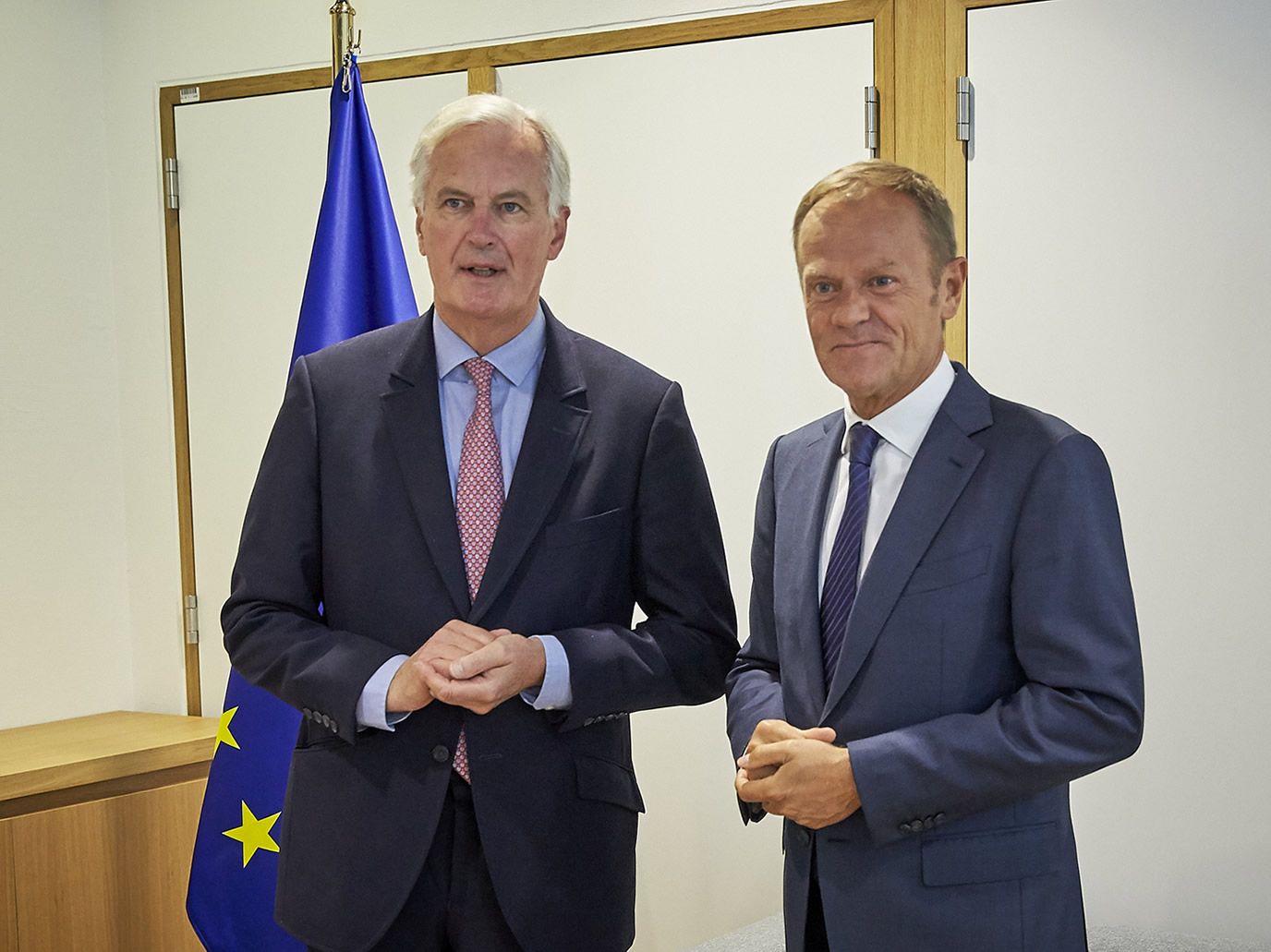 - But, negotiations are by no means dead

Pound Sterling is nursing a small weekly advance against the Euro, Dollar and other major currencies, however these gains would be more sizeable were it not for a distinctively sour response from the EU to Prime Minister Boris Johnson's latest Brexit plans.

The Pound rallied in determined fashion on Thursday as it appeared domestic resistance to a deal based on the latest set of proposals was melting; however the good news was soon overshadowed as the response of European Union leaders trickled through.

European Union leaders have been giving their initial responses to the latest UK's latest Brexit proposals, with the initial view being it will most likely not result in a deal being struck by October 31.

The UK government has said their proposals represent the final offer to avert a 'no deal' Brexit on October 31, but EU leaders appear prepared to roll the dice and await the results of a General Election that will likely take place before 2019 is done.

"The EU has poured cold water on PM Boris Johnson’s latest Brexit offer and time is running out for a last minute Brexit deal. The Pound has come down from the week high of 1.2400 reached against the US dollar yesterday on the back of this and on the building pessimism that the “chasm” between what the UK government was willing to offer and what the EU would accept was too big to bridge in the time that remains," says Derek Halpenny, an analyst with MUFG.

While the assessment by markets is that negotiations are by no means dead, it is still believed it is too early to buy Sterling ahead of any meaningful recovery that might be offered by a Brexit deal being struck.

The Pound-to-Euro exchange rate rallied to 1.1302 on Thursday before paring gains back down to 1.1250.

The Pound-to-Dollar exchange rate rallied to 1.2413 before paring gains back to today's levels around 1.2347. 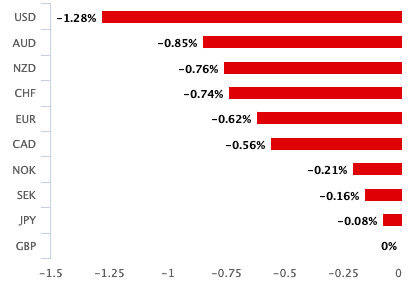 Above: Sterling is still outperforming the majority of its rivals this week, but the gains have been whittled away by the EU's response to the UK's latest Brexit proposals.

Ireland in particular believe the political cards can be reshuffled in their favour by another vote, with Taoiseach Leo Varadkar even going so far as suggesting in a press briefing held alongside his Swedish counterpart that another referendum should be held.

Varadkar maintained Ireland would not sign up to a new deal that did not safeguard an open Irish-British border; it is Ireland's assessment that the current plans involve border checks and they are therefore setting the tone for other EU leaders in rejecting the current proposals.

Ireland's Foreign Minister Simon Coveney said that if Johnson's proposals were final then a 'no deal' Brexit lay ahead.

"My judgement is that Boris Johnson does want a deal and that the paper that was published yesterday was an effort to move us in the direction of a deal. But... if that is the final proposal, there will be no deal," said Coveney.

Overnight, EU ambassadors set October 11 as a cut-off date after the EU's chief Brexit negotiator Michel Barnier told them that the government needed to "fundamentally amend its position" before any formal negotiations could take place.

Formal negotiations are assumed to mean the meeting of Europe's leaders at the European Council summit of October 17-18, a long-held deadline for any new Brexit deal.

Johnson nevertheless appears ready to negotiate further, saying to the House of Commons on Thursday that while there was momentum behind the proposals he was "not going to pretend this is a done deal."

There appears to be some way to go in the negotiations then, and we feel markets are going to opt to sit on the sidelines when it comes to betting on the British Pound.

"There’s a load of noise around this Brexit offer. It’s clearly unacceptable to the EU and Ireland but they will do whatever they can to a) keep Britain engaged in dialogue and b) show they’re not the ones foisting a no deal on Britain," says Neil Wilson, Chief Market Analyst at Markets.com.

Sideways direction might therefore be the order of the day for Sterling, with big directional moves either higher or lower when it becomes clear that this deal has wings, or won't fly at all.

"Our yield valuation model still suggests that the Pound is significantly undervalued against the US Dollar. This could explain the Pound’s hesitation to break lower even in the face of the rejection by the EU of PM Johnson’s plan," says MUFG's Halpenny.

But this Deal Could Actually Pass Through Parliament

While the EU cast doubt on the viability of the UK's latest Brexit proposals, the domestic scene has certainly improved.

In a statement to Parliament, Johnson on Thursday recommended his latest Brexit proposals, and the response by a number of key figures indicate that the House could finally pass a deal.

So-called Brexit 'spartans' - those Conservative MPs who voted against May's deal three times - such as Bill Cash, Steve Baker and Marc Francois indicated they could support a deal based on the current proposals in their questions to Johnson.

"We now glimpse the possibility of a tolerable deal," Baker, who heads up the Conservative's Eurosceptic European Research Group said.

Going some way in corralling support for the Prime Minister would have been the consent to the proposals offered by Northern Ireland's DUP who were also resistant to May's deal.

It was always a case that the DUP's stance on any deal would unlock support from other Eurosceptic MPs.

The Times reports that as many as 20 Labour MPs could back Johnson’s deal, adding that if he succeeds in rallying 15 of the 'spartans' on board, he will enjoy the support of 340 MPs - giving him a majority of 20. This also assumes many of those MPs who lost the Conservative whip when they voted against the Government in September would support a deal.