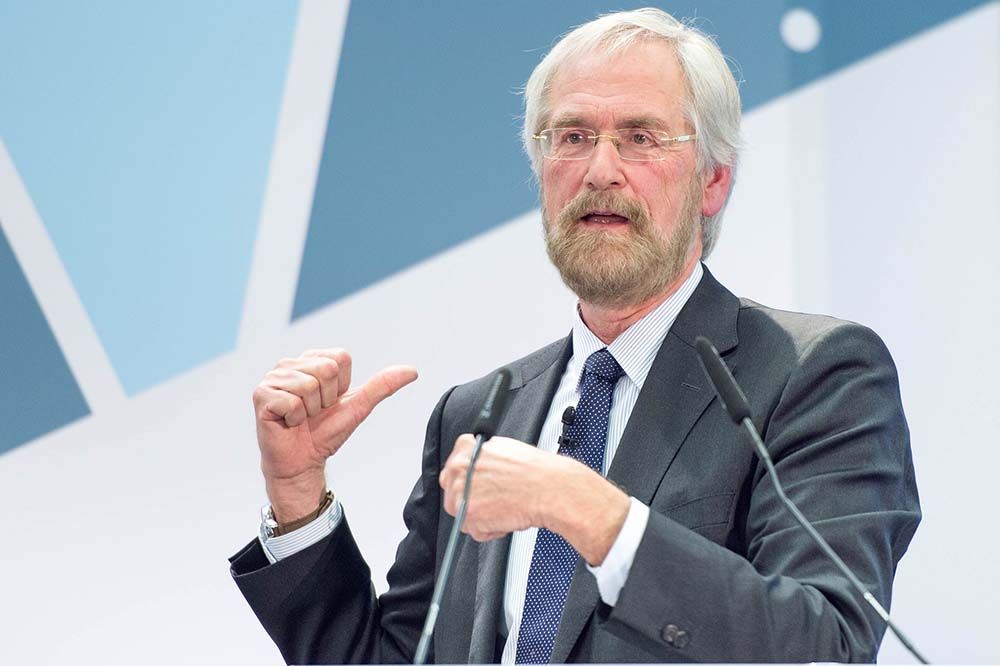 For the Euro exchange rate complex, what will matter over the coming days and weeks is the European Central Bank's communication on when they plan to end their programme of money-printing, and we are today hearing from key ECB figures that next week a key announcement of the matter will be made.

Money-printing - also known as quantitative easing or the asset purchase programme - has kept the Euro artificially cheap for sometime now, and its demise has long been expected to help the Euro climb back to fairer levels. "Since the start of 2015, the ECB has held the Euro down through a combination of negative interest rates and large-scale bond purchases," says Kit Juckes, an analyst with Société Générale.

The only problem for the Euro's revival is that the recent run of underwhelming data coming out of the Eurozone has raised questions on whether the ECB would in fact turn off the printing press in 2018 at all.

Hence, the Euro's relatively poor performance over recent months: the single-currency is the second-worst performing major currency over the course of the past month and in 2017 the currency is down over a percent against the Pound and 2% against the US Dollar.

But, some good news for the Euro midweek comes courtesy of Peter Praet, a member of the Executive Board of the ECB, who in a speech delivered in Berlin gave a strong hint that the June meeting would indeed see the ECB signal the end of the money-printing programme in September.

Praet says signals showing convergence of inflation towards the 2% target have improved and the "ending fo APP will be up for discussion next week". (The APP is the Asset Purchase Programme a.k.a. money-printing.)

"This is very significant coming from a board member who has always sat decisively on the dovish end of the spectrum and whose views have never been found at odds with those of Draghi," says Giles Moec, Europe Economist with Bank of America Merrill Lynch Global Research..

"Amid a deterioration in the dataflow and growing uncertainty regarding the Euro area's global environment triggered by the US protectionist push, we thought that the ECB would want to wait until the 26 July meeting before announcing the end of the quantitative easing purchases in December 2018. But Peter Praet's speech this morning cannot ‎be ignored," adds Moec.

Moec highlights in particular the fact that Praet gave a generally positive assessment of the 3 criteria he had laid out to assess the "progress" of ECB policy, these being convergence, confidence and resilience.

The analyst argues the ECB has to be consistent if money-printing is to end this year and, hence, it has to send a reaffirming message on those three criteria.

"To be honest the next meeting by necessity must be 'live' since quantitative easing is only slated to continue to run until September and therefore policymakers will have to use this opportunity to signal whether that is the end of it, or if they plan to extend QE for a little longer. Leaving the market in the dark until July by saying noting is not an option," says Neil Wilson, an analyst with Markets.com.

Praet is the last of the major ECB board members who is slated to speak ahead of the meeting, and his message will be taken by markets as being instructive. "The overall tone of language was fairly hawkish," adds Wilson.

Elsewhere, ECB board member Ardo Hansson told Estonian newspaper Sakala that market expectations are for interest rates to start a moderate rise in mid-2019, but, if inflation is moderately rising, then exit could be a bit faster.

Hansson would like to think that the new normal is positive interest rates.

And, ECB member and German central bank head Jens Weidmann has been quoted as saying market expectations for an end to the money-printing programme in 2018 are plausible.

"A nice bit of jawboning to make next week’s ECB meeting all the more interesting," says Wilson. "All told it looks like a serious bit of hawkish jawboning to tilt market expectations towards some kind of June move."

"Whether it comes in June or July, the chances are that it won’t be a hard stop in September. Extending to year-end at a slower pace but with the necessary caveats to review should economic conditions dictate looks to be the most likely outcome," says Wilson.

If this is indeed the outcome we would suggest that the Euro might be a little disappointed, but ultimately any weakness would not be too substantial owing to the good amount of weakness we have already seen in the exchange rate complex already this year.

"The EUR and European yields were given a slight extra lift with comments from ECB members Praet, Weidmann and Knot, confirming next week’s meeting is ‘live’ in regards to discussing the asset purchase program. Further comments that the end of QE in 2018 are 'plausible' and 'reasonable' added to an optimistic bias in the face of recent troubles in Italy," says Robin Wilkin, a strategist with Lloyds Bank.

What About Italy? No Free-Riders will be Tolerated

One significant question for markets was whether the ECB would delay turning the taps of easy money off, in light of fresh political uncertainty in Italy where an apparently Eurosceptic and free-spending government has just taken power.

There are concerns that the new government's policies will ultimately lead to a significant deterioration in Italian finances to the extend that the Italian economy and financial system becomes destabilising to the wider Euro system.

But, BofAML's Moec reckons the ECB are sending an important message: the ECB will not be taken hostage by populist governments.

"We think there is a key political message here," says Moec. "QE was always based on an implicit contract with national governments, which were supposed to deliver fiscal prudence and structural reforms in exchange for monetary support. ‎This is no longer obvious, given the stance of the new Italian government."

Moec says there was always a risk that QE would allow "free riding" behaviour.

"This is materialising now. Closing the QE chapter a week after populists come to power in Rome signals the ECB's unwillingness to allow its monetary policy to be taken"taken hostage". Also, as we wrote last week, Italy is "on its own" and the ECB does not seem inclined to help control the spread widening," adds the analyst.

BofAML say they ‎expect them to announce a short taper to December next week.

"This doesn't mean we'll have everything we need from the ECB on their monetary stance. The end of QE was in any case well expected. There is some information content in the choice of the moment for communicating it, but the real issue is on how forward guidance on policy rates will evolve. On this, we think we'll have to wait a bit longer, probably July, with possibly some snippets at Sintra," says Moec.

The ECB's conference of central bankers in Sintra, Portugal tends to coincide with major policy announcements; last year we saw what appeared to be a coordinated message from central bankers suggesting they would be withdrawing their monetary support.

Expect further significant announcements at this year's event which runs from June 18-20.