Despite doubts emerging from a number of quarters about the sustainability of the current uptrend we expect EUR/USD to continue rising and reach the 1.2650 level.

The Euro remains in an uptrend against the US Dollar which is our technical studies suggest is likely to extend in the coming week.

We do acknowledge however that a major obstacle sits at 1.2451 in the form of the 200-month moving average (MA), (see monthly chart below), which is preventing further upside and could yet provide resistance to the Euro bulls.

Other technical indicators hint the pair is also overbought and could therefore struggle to find buying interest in the near-term with some in the market opting to sit on the sidelines and await a more extensive consolidative dip.

Neverthelesss, we expect a continuation higher - on balance - to the upper channel line situated at 1.2650 initially and a break above the current 1.2555 highs would provide confirmation of further upside to the aforesaid target.

Our rationale for maintining a bullish stance is that the uptrend remains intact and we see little evidence of a reversal lower having commenced.

The main releases in the week ahead are the minutes of the European Central Bank's (ECB) February monetary policy meeting, the ZEW investor sentiment survey and the Markit PMI releases for Manufacturing and Services.

The ZEW and the Markit PMI releases are seen as having forward-looking properties and the ECB minutes will reveal further detail on the stance of the various members of the ECB governing council which decides monetary policy in the EZ.

Currently, there is much speculation about when the ECB will finally stop their quantitative easing (QE) stimulus programme and start to raise interest rates. Purely from the Euro's perspective the sooner the ECB ends QE and starts raising rates the better.

Manufacturing and services PMI's for the Eurozone in February, are released on Wednesday, February 21 at 9.00 GMT.

These are surveys of purchasing managers in the largest sectors of the economy and provide a reasonably accurate indicator of activity and growth levels before most of the 'official' government indicators are released.

They are already at a relatively high level of 58.0 for Services and 59.6 for Manufacturing and are expected to fall marginally in February to 57.7 for the former and 59.4 for the latter.

Only a dramatic collapse is likely to send the Euro so positive is sentiment currently in the Eurozone's upward growth trajectory.

Data and Events to Watch for the Dollar

The big release for the Dollar in the week ahead are the minutes from the last Federal Reserve Open Market Committee (FOMC) meeting held on January 31.

The minutes are important because they provide a deeper insight into the thinking processes of the members of the FOMC who vote on whether to raise or lower interest rates, and interest rates are a major driver of currencies as the higher they are the more inflows of foreign capital they tend to attract.

The minutes are expected to support current expectations that the Fed will hike interest rates aggressively in the year to come.

"Fed fund futures are pricing in 100% chance of tightening in March. Next week's FOMC minutes will reinforce those expectations as the central bank upgraded their inflation outlook and touted the improvements in the economy at their last meeting," says BK Asset Management Managing Director Kathy Lien.

On the theme of the Fed and its policy outlook, the Dollar may also be impacted by Fed commentary in the week ahead as a great many members are scheduled to speak.

Fed's Quarles, Bostic, Dudley, Williams, and Mester (all voting members) are all scheduled to speak and their words could have a noticeable impact on Dollar movements. 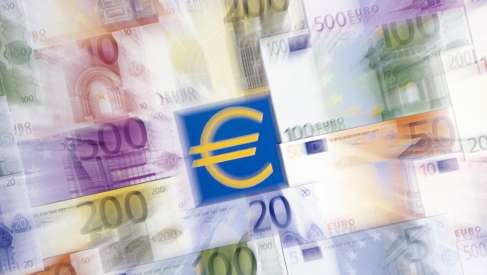