The Dollar was in touching distance of its strongest levels since July 2020 following the release of a consensus-busting set of labour market data that confirmed 531K jobs were created in October.

This beats the market expectation for 450K, and marks a gain on September's 312K, which was revised higher.

The data suggests the U.S. economy is on track to suck up its unemployed over coming months, an achievement that will then prompt the U.S. Federal Reserve into raising interest rates.

"We believe the report brings the labour market closer to the maximum employment criterion which must be met before the Fed starts to hike rates," says Knut A. Magnussen, Senior U.S. Economist at DNB Bank ASA. 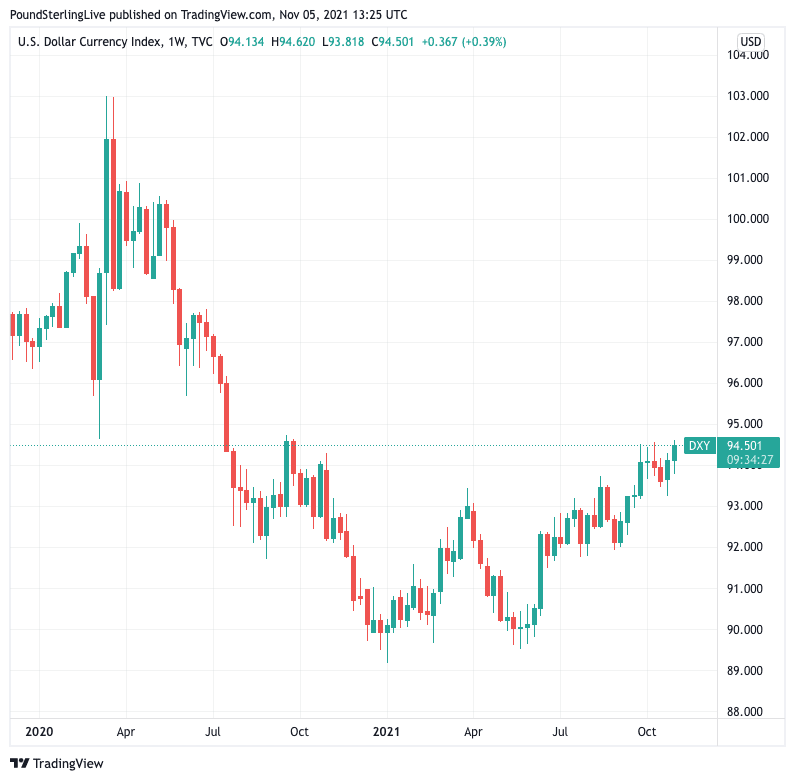 Expectations of superior U.S. economic performance and higher interest rates make for a tantalising proposition for international investors, who are happy to convert their assets and capital into U.S.-based investments, including fixed income.

"US labour market developments are important to watch, especially now that the Fed has started tapering and rate hikes are being priced into the market for 2022. Reaching maximum employment remains key for the Fed to start hiking rates, so a big payrolls number and a drop in the unemployment rate could see dollar demand swell," says George Vessey, analyst at Western Union Business Solutions.

The U.S. Dollar index - a measure of Dollar performance against a basket of currencies - rose to 94.55 in the wake of the numbers and looks set to test fresh 15-month highs which lie ahead at 94.73. 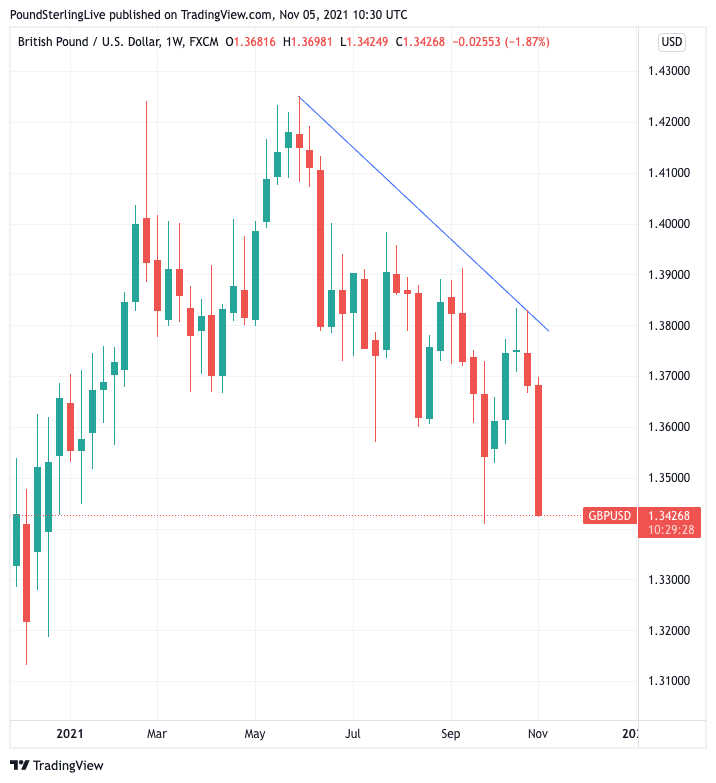 Above: The GBP/USD is in a well defined medium-term downtrend as per the weekly chart

The U.S. unemployment rate unexpectedly fell to 4.6% in October from 4.8% in September and beating the consensus estimate for a decline to 4.7%. 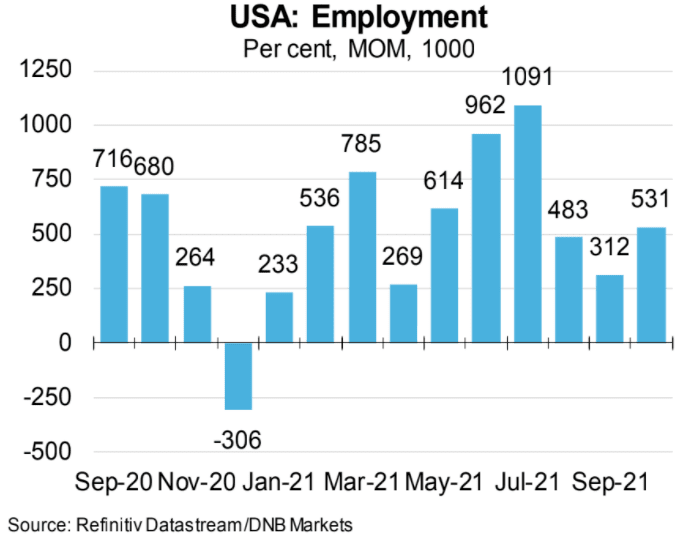 Above image courtesy of DNB Markets.

DNB Bank's Magnussen says the Fed's criterion to raise rates - full employment - will likely be reached in the first half of next year.

The signal to such a move could come via the Fed opting to accelerate the pace at which it slows down its quantitative easing.

The Fed on Wednesday Nov. 3 said tapering will start by USD15BN a month in November and December. 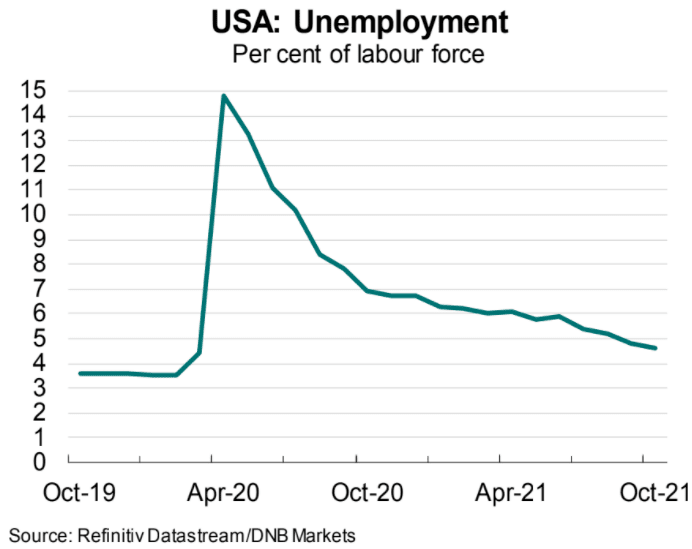 Above image courtesy of DNB Markets.

"We remain very hopeful that most of the people pushed out of the labor force by Covid will return, filling the 10M-plus job openings over the next few months and easing upward pressure in wages," says Ian Shepherdson, Chief Economist at Pantheon Macroeconomics.

Shepherdson says the labour market has been pushed on by the reopening of schools and childcare centres and the ending of enhanced Covid-related benefits.

"This report offers clear support for the thesis that Delta slowed the economy and the labor market over the summer, but it offers nothing directly for the view that labor participation is on the verge of a sustained rebound," says Shepherdson.

Pantheon Macroeconomics say job gains of 1M-plus are a good bet for both November and December.

"We continue to see upside risks for the US dollar over the medium term stemming from an underpriced Fed. Powell's reluctance to push back on market pricing of hikes was followed by his comment that the US economy could see full employment next year," says Ben Randol, FX strategist with Bank of America.