"We continue to look for resistances at 1.1992/97 to ideally cap and for a top to be found here," says David Sneddon, Global Head of Technical Analysis at Credit Suisse.

The call comes at a time of recovery for the Euro-to-Dollar exchange rate (EUR/USD), which rallied by a percent in the first week of April and has added a further 0.70% advance this week.

The pair has recovered back above 1.19 and eyes turn to the psychologically significant 1.20 region from here.

"EURUSD has pushed higher again and extends its concerted test of resistance from its 55-day average and mid-March highs at 1.1990/92. Despite the current strong tone, we continue to look for this to ideally cap on a closing basis and for the risk to eventually turn lower again," says Sneddon. 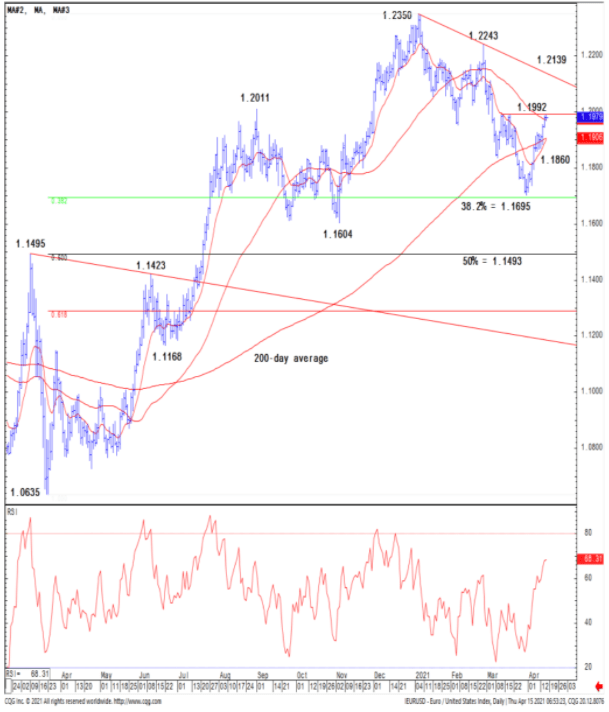 The EUR/USD exchange rate is seen at 1.1980 at the time of publication on Thursday.

He adds that a break below 1.1871/60 is needed to see a small top complete to confirm we have seen a more important topside failure, for a fall back to 1.1795 initially.