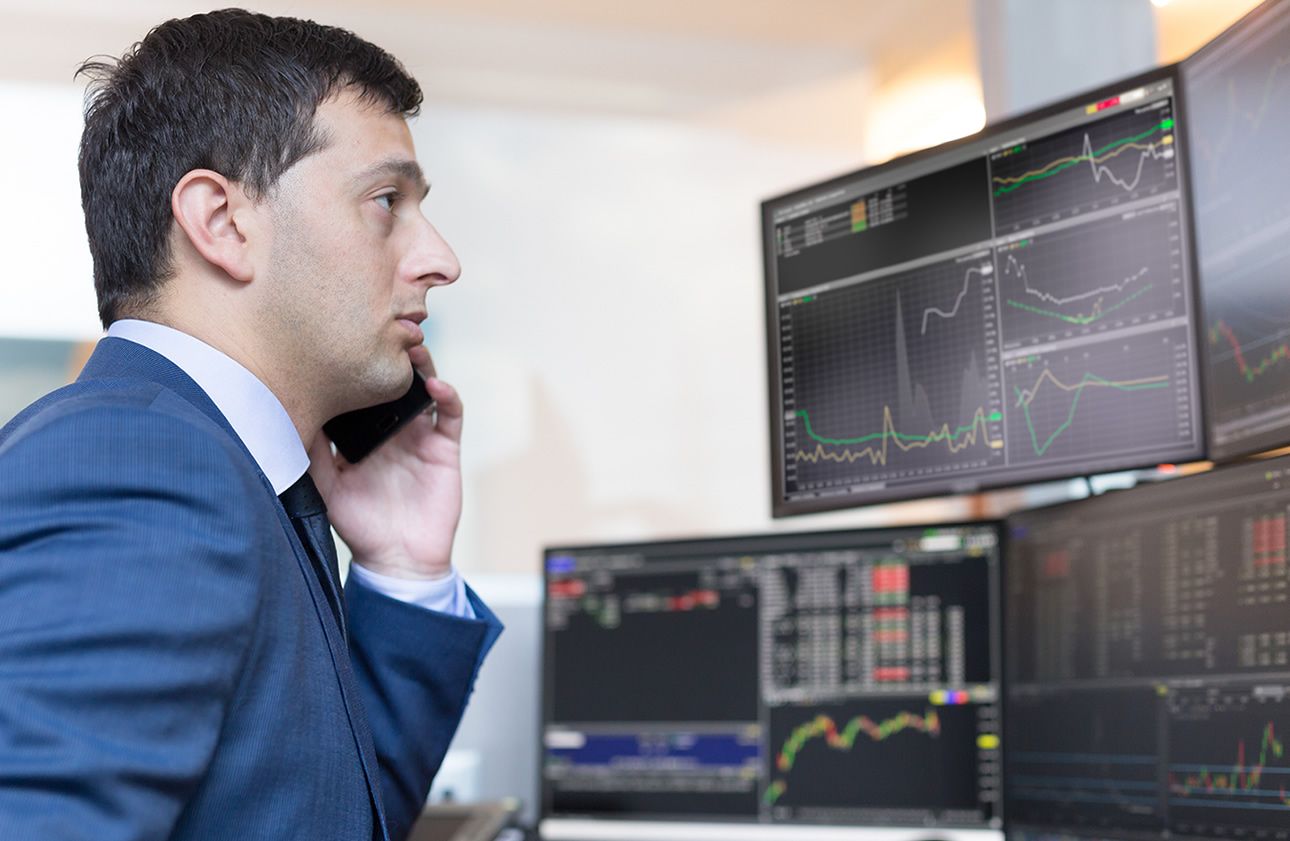 The medium-term uptrend in the Euro-to-Dollar exchange rate is being tipped to resume before long by technical analysts at Julius Bear.

The private Swiss bank says a period of consolidation in the exchange rate - in place since August - is due to end and will resolve to the upside. 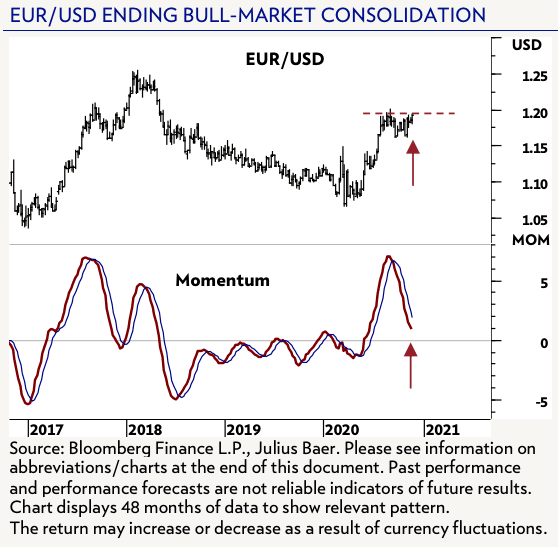 "The EUR/USD has been consolidating since August. As seen in the chart, the currency pair was able to work off its overbought reading by going sideways. Thus, it corrected by time and not price," says Pcinci. "This is a clear indication of a bull market, where prices ignore overbought readings."

The Euro-Dollar exchange rate's stellar 2020 run higher topped out on September 01 at 1.20, a development that appeared to coincide with comments from European Central Bank Chief Economist Philip Lane that the central bank was keeping an eye on the exchange rate.

Markets interpreted this as meaning the ECB had become uncomfortable with the Euro's stronger values and would intervene on further gains.

Regardless, 1.20 has now been set up as a key barrier for the market to overcome from both a fundamental and technical viewpoint.

"With a new medium-term momentum bottom around the corner, the consolidation is likely to end and prove to be a pause in an uptrend. Thus, we expect that the EUR/USD will resume its rally and challenge the highs of 2018. We therefore continue to recommend that investors stay out of US dollar cash and continue to hedge US dollar assets by selling the US dollar currency against their home currency," says Pocinci.