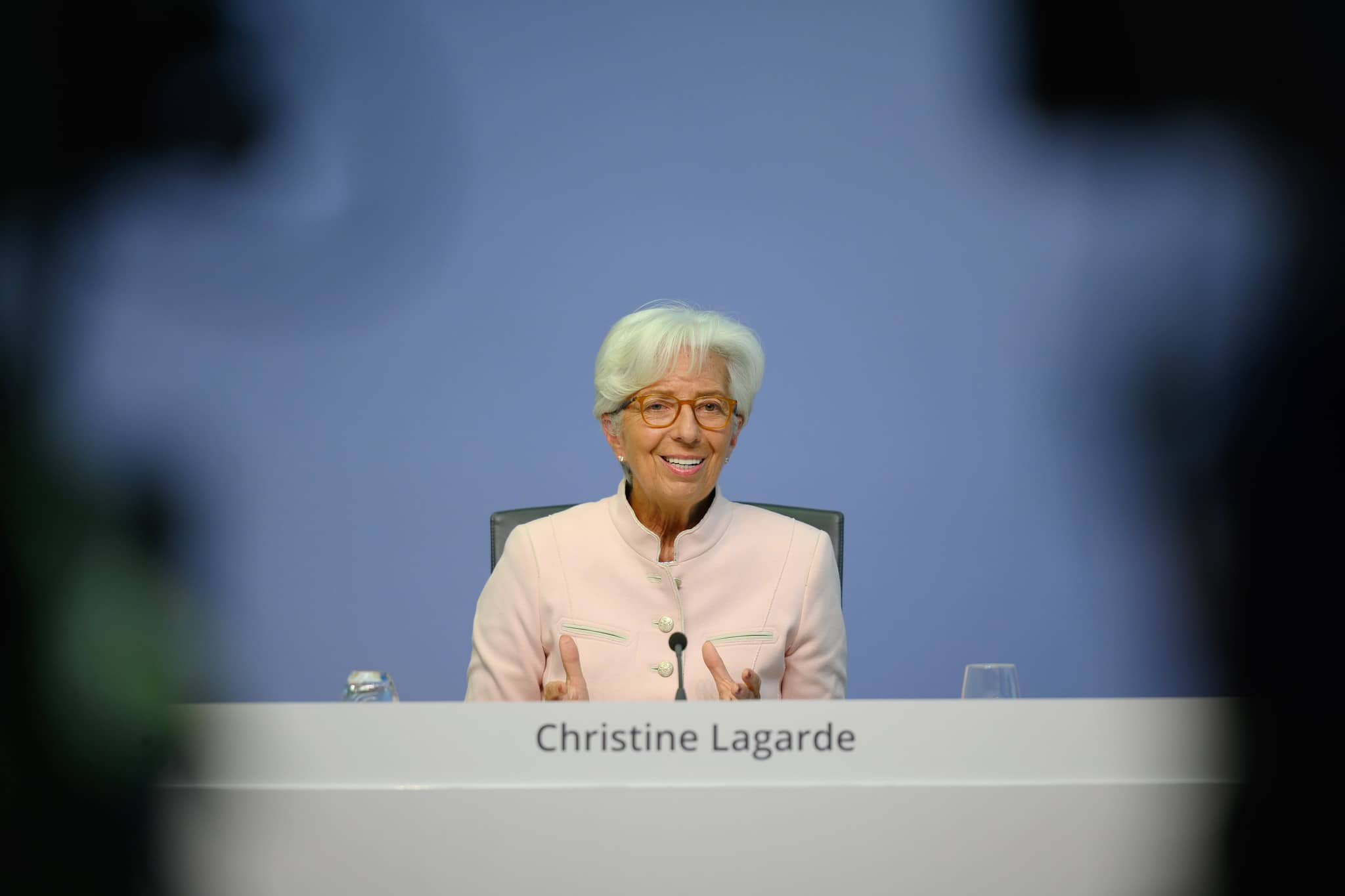 Euro exchange rates came under pressure after the European Central Bank communicated on Thursday that it was in the process of preparing additional stimulus to aid the Eurozone economy which was said to be facing renewed and significant challenges going into year-end.

ECB President Christine Lagarde in Frankfurt the ECB's Governing Council were unanimous in agreeing that it was necessary to take action and as such committees are working to recalibrate the existing instruments being used by the ECB to support the economy.

Lagarde suggested that the relevant announcement concerning additional measures, and/or changes, will be made at the December meeting. The use of "all' suggests there is scope for another interest rate cut.

She added all instruments would be studied to find the best mix to provide additional support to the economy. "This could be a hint at an expansion in the APP (regular QE) along with a PEPP boost," says Frederik Ducrozet, Global Macro Strategist at Pictet Wealth Management.

The Euro-to-Dollar exchange rate fell to 1.1697 in the wake of the developments with the losses taking the daily decline to 0.42% and this week's decline extended to 1.34%. The Euro-to-Pound exchange rate was meanwhile lacking conviction around 0.9042 and a two-day stalemate between Sterling and the single currency extended.

“Just a month ago, Christine Lagarde gave a largely upbeat press conference that sent the Euro rocketing. This time the ECB President could scarcely have sounded more bearish about the Eurozone’s prospects," says Ulas Akincilar, Head of Trading at INFINOX. "With Eurozone interest rates already in negative territory, the prospect of further rate cuts is weighing heavily on the Euro, dragging it down to its lowest level against the Dollar in a month" 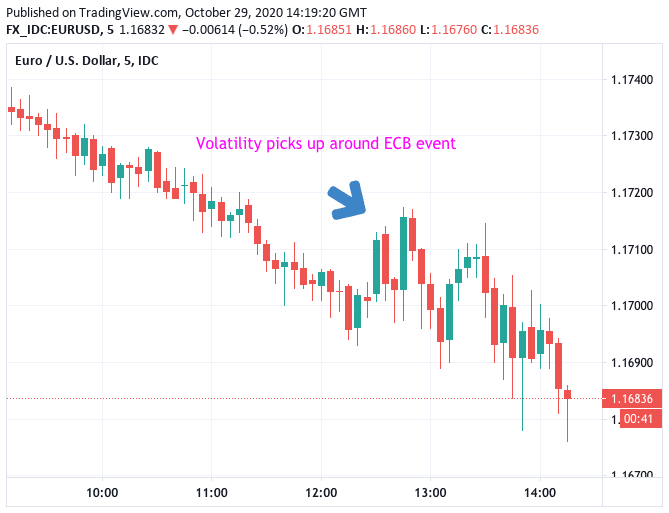 Above: EUR/USD 5-minute chart. Secure today's rate for use at a point in the future, thereby protecting your payments budget, more information can be found here.

"The ECB sent strong signals that another easing package would be in store in December, as the economic outlook had darkened notably. The ECB’s stance leaves some more room for bond yields and EUR/USD to fall further," says Jan von Gerich, Chief Analyst at Nordea Markets.

"The resurgence in coronavirus infections presents renewed challenges to public health and the growth prospects of the euro area and global economies. Incoming information signals that the euro area economic recovery is losing momentum more rapidly than expected," said Lagarde in a statement.

The Euro exchange rate was also mentioned, confirming the Governing Council to have been uncomfortable with the summer's advance.

"The ECB will carefully assess the incoming information, including the dynamics of the pandemic, prospects for a vaccine and developments in the exchange rate," said Lagarde.

The move to boost support to the Eurozone economy comes hours after the Eurozone's two largest economies announced they would enter into a new nationwide lockdowns, developments that prompted declines in the valuation of the Euro.

Germany's Chancellor Angela Merkel said the country will enter a four-week lockdown from November 02 and announced measures that include shutting bars, pubs and restaurants. Gyms, cinemas and theatres are also to shut while hotels are to close to tourists but they can stay open only for "essential reasons".

Indoor gatherings are banned for more than 10 people and between more than two households and shops are to stay open but with a maximum of one person per 10 square metres.

France's President Emmanuel Macron announced more severe restrictions overnight, saying the country would enter a five-week lockdown that would see non-essential businesses close and travel outside of the home restricted to exercises, work and the buying of essential foods. Anyone outside of their homes will have to carry a document justifying their excursion, which can be checked by police.

Macron went further than many political commentators and economists had expected and the economic impact will therefore be more significant, and the ECB is being tipped by some economists to react accordingly.

"Lagarde needs to rip up the script today, we think she will," says Claus Vistesen, Chief Eurozone Economist at Pantheon Macroeconomics. "The ECB will signal that more stimulus is coming today; we expect more QE in December."