European economies cooled early in September, notably the domestic services sectors that are directly in the firing line of governments which have either begun or are on the verge of imposing new coronavirus-related restrictions.

IHS Markit's services PMI fell from an upwardly-revised 50.5 in August to 47.6 this month, taking it below the 50.0 level that denotes the difference between expansion and contraction, when consensus looked for an increase to 51.0.

“Based on our rule of thumb that the recovery is intact as long as the PMIs remain above 50, today’s data are just about holding on to a positive outlook, but the alarm is now sounding,” says Claus Vistesen, chief Eurozone economist at Pantheon Macroeconomics. “We are now faced with the situation that we feared, but also expected; namely that the return of the virus has put the recovery on hold, mainly due to weakness in services.” 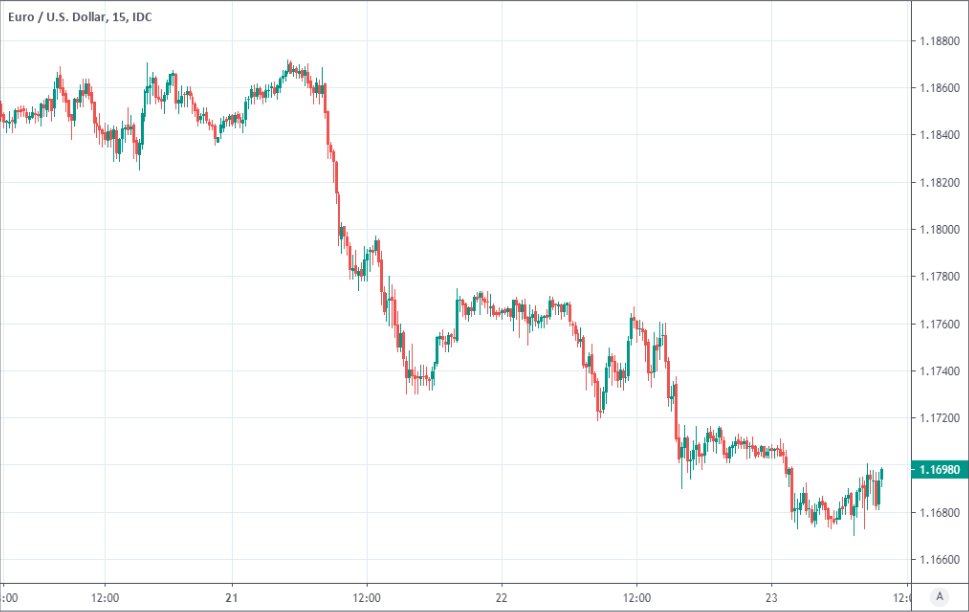 Activity among firms offering consumer-facing services tumbled early in the new month, with IHS Markit citing new coronavirus infections for the decline, which overshadowed a stronger-than-expected reading from the manufacturing survey.

The manufacturing PMI rose from 51.7 to 53.7, its highest since August 2018, which was driven by German manufacturing output that grew at its fastest pace since January 2018. Although this wasn't enough to prevent the composite index for the Eurozone falling to a three-month low of 50.1.

PMI surveys measure changes in activity by asking respondents to rate conditions for employment, production, new orders, prices, deliveries and inventories. A number above 50.0 indicates industry expansion while a number below is consistent with contraction. The survey results often correlate with official measures of output, although they can often be wide of the mark too.

“Despite many factors pointing to continued EUR strength over summer, the failed break of 1.20 looks to represent a peak in EUR optimism. After the news of Justice Ruth Bader Ginsburg’s passing, the possibility of no more US fiscal stimulus may weigh on risk sentiment and this move could have legs. This is why we have taken profit here in our long EUR/USD position,” says Jordan Rochester, a strategist at Nomura, who bought EUR/USD at 1.1050 in late May but has closed the position. “EUR/USD has largely traded in a range for the past two months, but there are signs of a turn in risk sentiment that may have legs.” 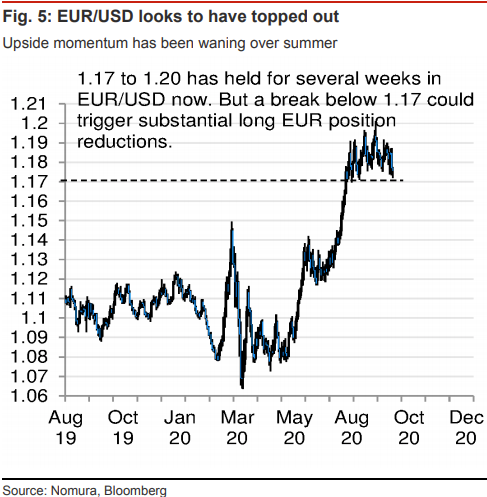 Europe’s single currency had already slipped below 1.17 before PMI data was released Wednesday, with the Euro-to-Dollar rate setting itself on course for a fourth consecutive day of declines that comes amid a broad rebound in Dollar exchange rates and uncertainty about the outlook for stock markets.

Stock markets sold off heavily last Friday and early in the new week, initially over White House attempts to force two Chinese social media firms out of the U.S. and then in relation to doubts about the prospect of further U.S. fiscal support for households as well as fears over what a second wave of coronavirus infections could mean for the recovery in Europe.

Nomura’s Rochester is conscious that risk appetite could remain fragile and stock markets vulnerable in the weeks ahead, which would be a risk to the Euro. Major European indices were stabilising Wednesday but technical analysts say the Euro move below 1.17 threatens further declines.

“EUR/USD has eroded its 55 day ma at 1.1737 and the 2rd August low at 1.1695. The failure here leaves the market under pressure and we look for further losses to 1.1523, the 38.2^ retracement and there is potential for the March high at 1.1495,” says Karen Jones, head of technical analysis for currencies, commodities and bonds at Commerzbank. “Rallies will find initial resistance 1.1870/1.1971 and the market will stay offered below here.” 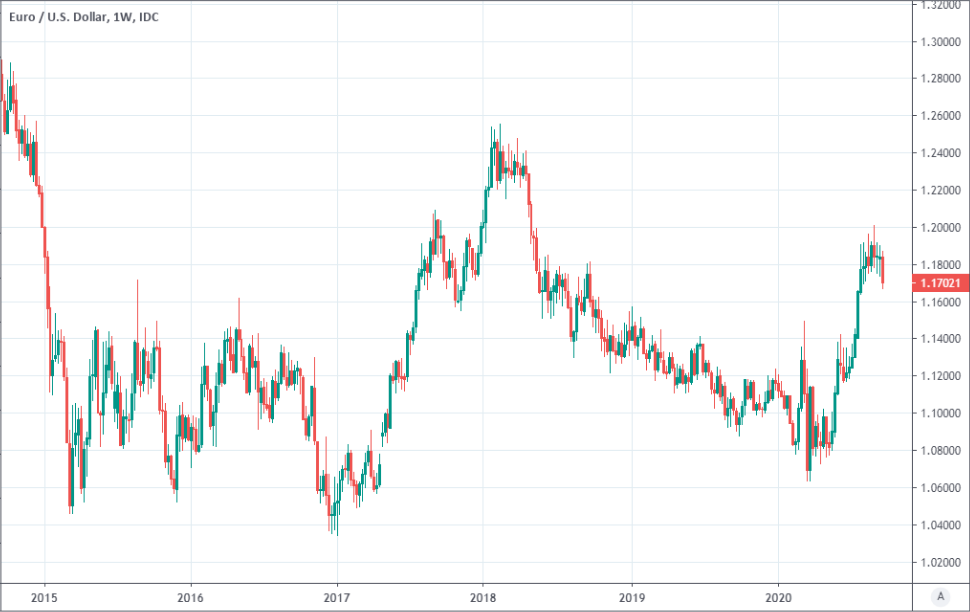