-Indicators suggest GBP may correct back to 1.12 in week ahead.

-But coming weeks and months could see GBP head toward parity.

-Deficit set to rise above 5% GDP on measures announced so far.

-Bank of England set to address GBP weakness this Thursday. 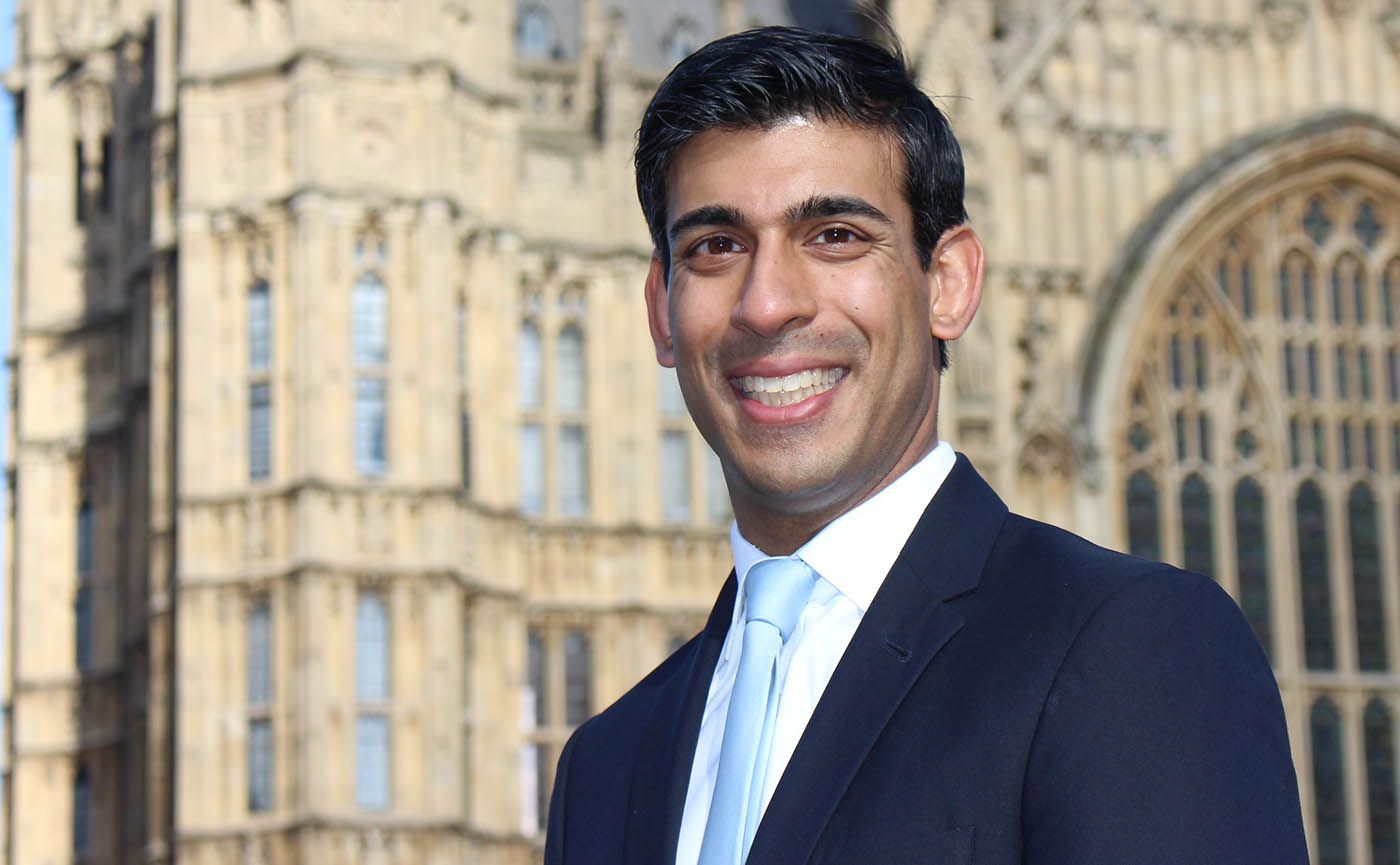 The Pound-to-Euro rate rallied into the weekend and the charts suggest a continued corrective rebound over the coming days, although the trend is now against Sterling and the market's verdict on the government's latest measures for dealing with the coronavirus is a risk to the currency this week.

Sterling rallied on Friday following a plethora of central bank actions to stabilize global markets although it suffered heavy losses previously that led it to set a new 35-year low against the Dollar and a fresh post-crisis low against the Euro. Price action took Sterling down to 1.0525 against the Euro, continuing a long run of punishing losses that left Sterling nursing a -7.9% decline for 2020.

The Pound will start the new week trading at 1.0891 and with large parts of the economy stood still due to coronavirus containment measures.

"We note the presence of a 13 count – these are warning signs for the up move," says Karen Jones, head of technical analysis for currencies, commodities and bonds at Commerzbank, referring to the EUR/GBP rate. "We would allow for some near term consolidation/corrective set back. Dips lower should find some support offered by .9147 the September 2019 high and the .9022 October high. Currently the Elliott wave count on the daily chart is suggesting that we allow for a corrective set back to .8850."

The new low has triggered a "13 count" on the daily chart that indicates the downtrend is now close to exhausting itself and this could mean a period of consolidation is likely.

Jones says this should be enough to lift the Pound-to-Euro rate as far as 1.12 over the coming days, although she expects the recovery to peter out there and for the trend to remain against the British currency, ultimately leading it into a further fall back to the 2008 low of 1.0200 in the next three weeks. 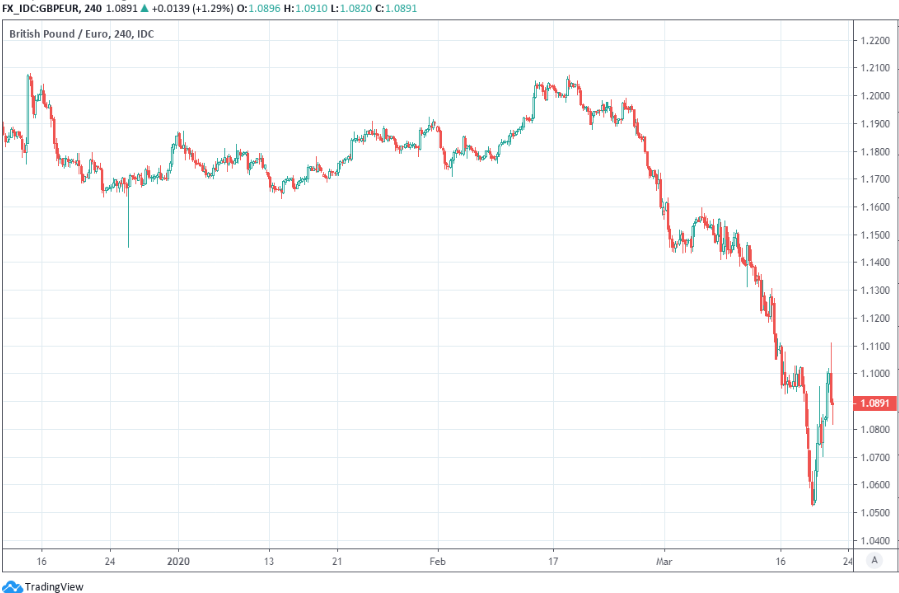 "The GBP is one currency that has arguably felt the heat from soaring sovereign credit risks and the scarcity of USDs. In general one should expect currencies that are faced with underlying double deficits to fare poorly in times of USD scarcity, since those currencies are exposed the most to rising credit risks in a full-blown dash for cash," says Martin Enlund, chief FX strategist at Nordea Markets. "During the Brexit-turmoil we generally shrugged of the risk of parity in EUR/GBP (and what about in cable?), but such a level is certainly in play by now, at least if the massive USD scarcity continues another couple of weeks."

The technical outlook has turned negative on charts in tandem with the economic outlook, which was dealt another blow Friday when the government 'ordered' the closure of pubs, cafes and restaurants in the hope of slowing the spread of coronavirus. Those measures will cost the economy dearly so Chancellor Rishi Sunak has announced financial support for affected companies and households although the growing cost of addressing the coronavirus crisis is increasingly weighing on the Pound.

Sunak said Friday the government will cover 80% of  wage bills where necessary if it enables workers to keep jobs rather than be laid off due to disruption from efforts to stem the spread of coronavirus. He also deferred payments of VAT, the government's third largest source of tax income, to prevent lasting damage to the economy but the cost of dealing with the coronavirus is rising rapidly and will soon impact the budget deficit.

"The measures are welcome and will help dampen the risk of an even deeper and more prolonged recession in the UK. We are not convinced though that the GBP has bottomed yet despite falling to 35 year lows against the USD," says Lee Hardman, a currency analyst at MUFG. "It is still too early to say that the worst is over for the GBP. It could become even more deeply undervalued if there is a further deterioration in financial market conditions despite the best efforts of global policymakers to dampen the fallout from the COVID-19 shock. London’s role as a global financial centre and the UK’s sizeable current account deficit at around 4% of GDP leave the GBP exposed." 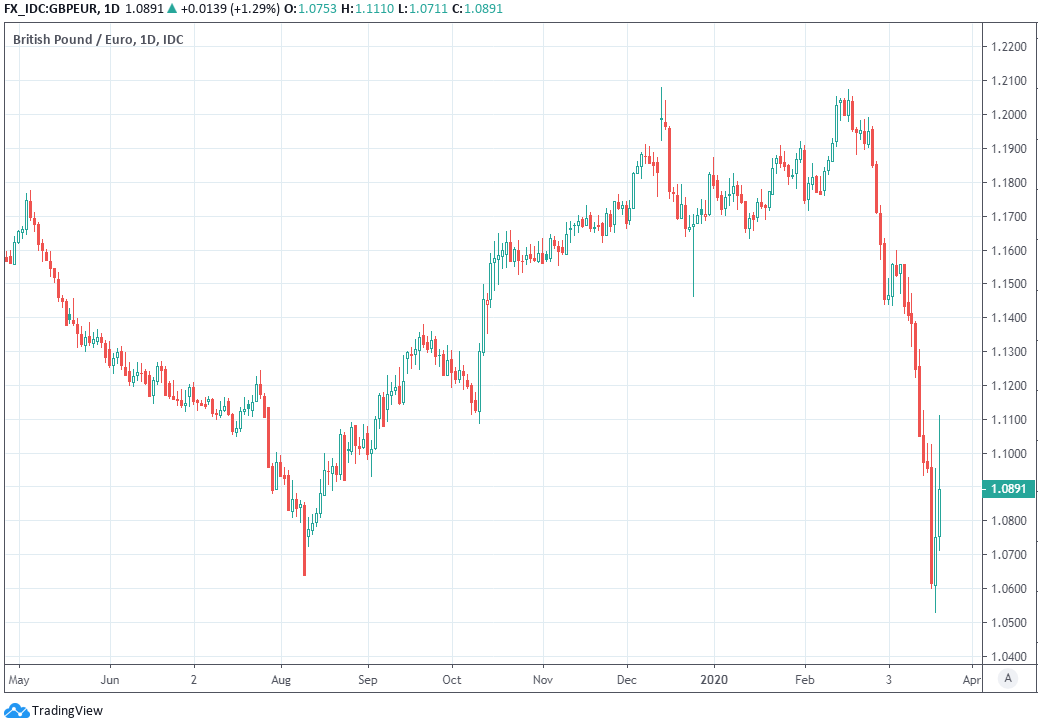 Capital Economics estimates Sunak's Friday announcement will cost around £78bn, which takes the total cost of coronavirus-related spending up to £110bn or 5% of GDP that will lift the budget deficit sharply. Investors' judgements on the affordability of Sunak's measures will be a key influence on the path of Sterling over the coming days, largely due to the impact they could have on the UK's already-large current account deficit.

The current account deficit means that Sterling relies for part of its value on continuous inflows of foreign capital, inflows which appeared to dry up last week and surely played a role driving the Pound to its lowest level since 1985 against the Dollar. Those inflows of foreign capital looked as if they were disrupted last week when British bond yields rose sharply as Pound Sterling fell steeply. The two are normally positively correlated although the relationship went into reverse amid strong global demand for the safety and liquidity of the Dollar.

The worst of Sterling's losses came after the UK government announced plans to provide loan guarantees to the private sector that are equivalent to around 15% of GDP. Plans by other highly indebted European governments to also borrow meaningful portions of GDP to support their own economies through the coronavirus pandemic were also met with outflows from other European bond markets, downward pressure on the Euro and gains for the Dollar.

"If the current account needs to be completely balanced, while capital markets struggle to function as they normally would, GBP could fall to a level of 1.01 to 1.05 in GBP/USD and 1.03 to 1.07 in EUR/GBP," warns Jordan Rochester, a strategist at Nomura. 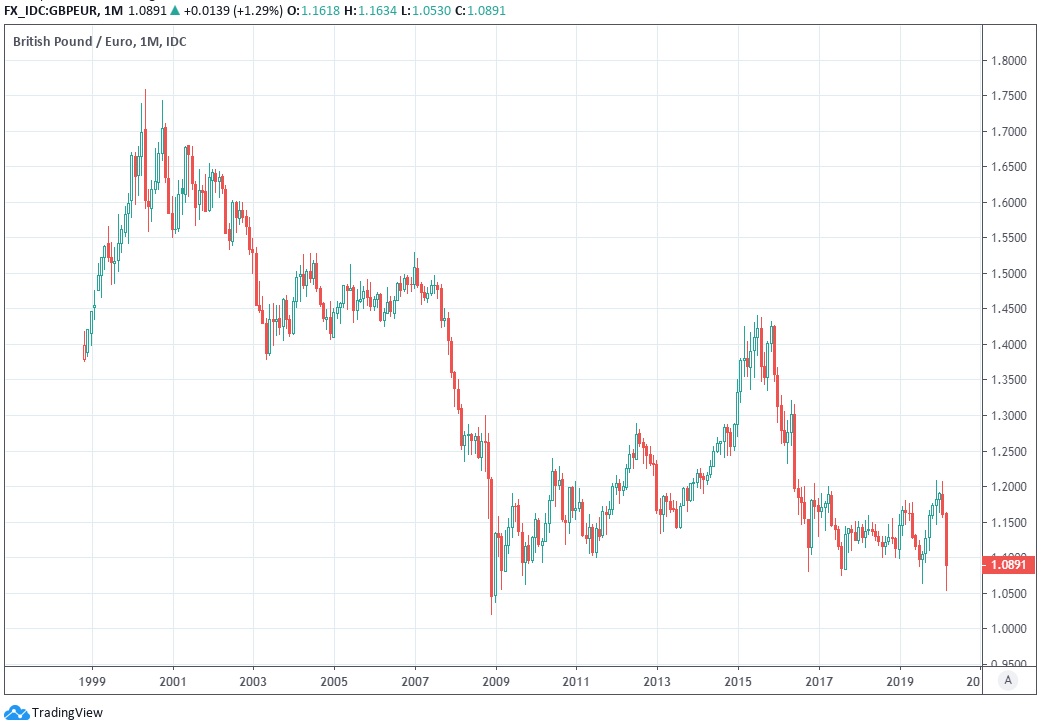 Prime Minister Boris Johnson is expected to advance the Coronavirus Bill through parliament this week, giving his cabinet unprecedented power to take all manner of actions including the imposition of draconian quarantines of people and places that could lead to further economic damage and necessitate additional unaffordable spending on the part of the government. A national 'lockdown' similar to those seen in France, Italy and Spain cannot be ruled out.

There is a range of economic figures due out in the week ahead including UK inflation, the monthly IHS Markit PMI surveys and the German Ifo business sentiment index, although all of these matter little now in light of the damage being done to the UK and continental economies by the coronavirus and efforts to contain it. What matters most to markets at present is the pace at which coronavirus is spreading and the actions taken by policymakers to contain it and to support economies.

"Germany looks set to formally activate the emergency clause of its constitutional debt brake this week," says Hoger Schmieding, chief economist at Berenberg. "According to various media reports, Berlin’s fiscal response to the crisis could add up to well above €600bn under various guises."

Germany is set to unveil its policy response to its own coronavirus epidemic that is the world's fifth largest. However, and unlike the UK, Germany has current account and budget surpluses so a decision by its government to spend large amounts of money to underwrite the economy against the fallout from the virus could be well received by the market and might put more pressure on the Pound-to-Euro rate this week.

This will come before Thursday's 12:00 Bank of England policy announcement which will be scrutinised keenly by the market even though the bank has already fired most of its policy bullets.The BoE cut Bank Rate and added another £200bn to its QE program last week in an apparent effort to put a lid on bond yields although new Governor Andrew Bailey also told Sky News he intends to address weakness in the Pound at this week's meeting.

The Pound had fallen by 12% against the Dollar and Euro for 2020 at its lowest ebb last week, which is problematic for the economy because a lower exchange rate raises the cost of imports and adds to inflation, which could reduce GDP growth at a time when the economy is least able to afford it. Any suggestion by the BoE that it intends to intervene in currency markets could support the Pound-to-Euro rate in the latter half of the week.