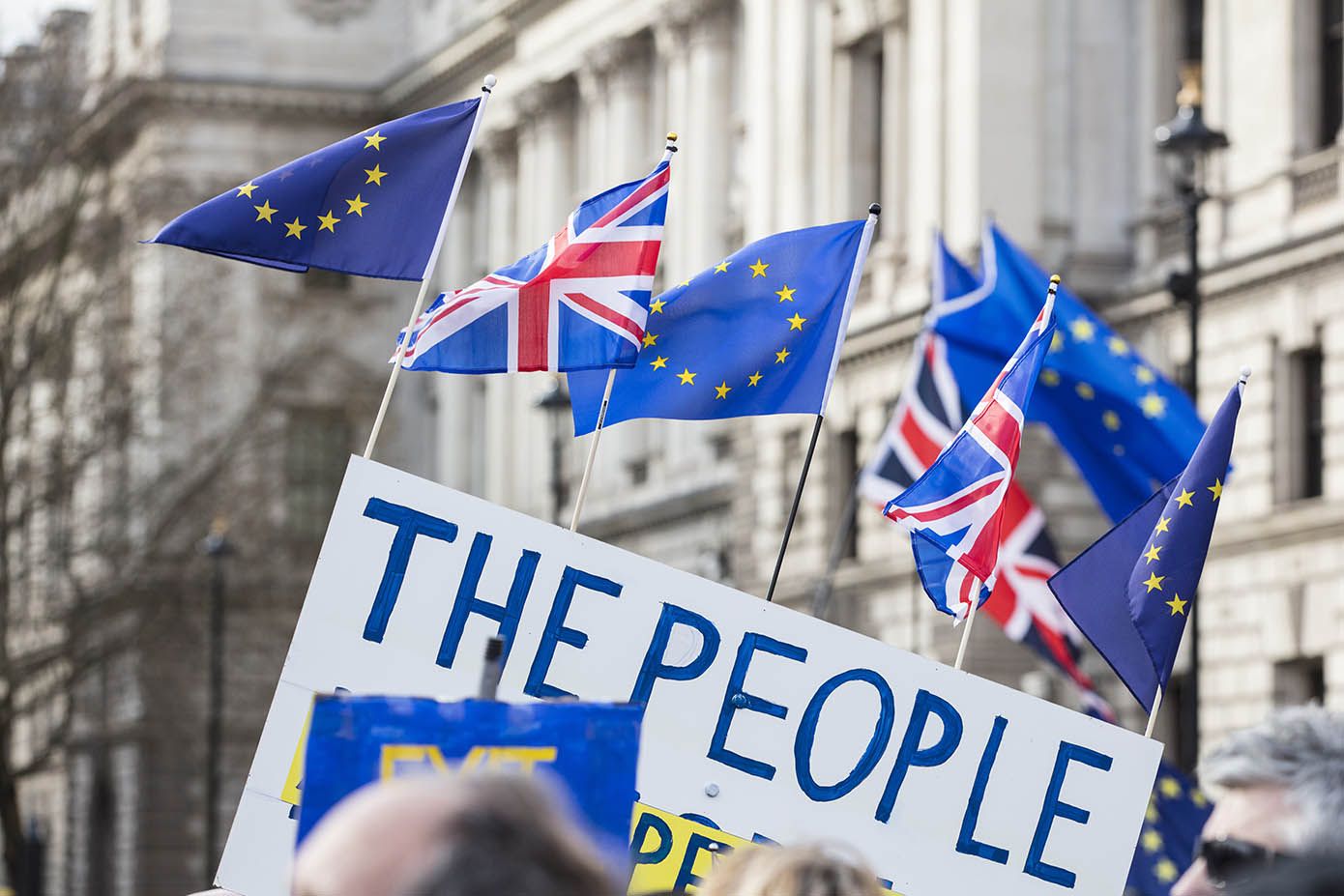 Pound Sterling has retreated from its 2020 highs against the Euro, falling from from a peak at 1.2074 on Tuesday back to 1.1950 at the time of publication, once again confirming that the exchange rate is uncomfortable at levels above 1.20 and Euro buyers therefore have limited time to act at such heights.

The declines come amidst ongoing concerns that the EU and UK are moving further apart on the matter of trade, with both sides looking to draw their lines in the sand ahead of official talks which are due to start next month.

Analysts at Danske Bank - one of Europe's largest lenders - have said fractious trade negotiations are one of the reasons they believe the Pound-to-Euro exchange rate will endure a notable dip over the course of the next six months, which if correct, means Sterling might well have topped out for the year.

"We do not think the renewed optimism will last long, as Brexit uncertainty remains high, in our view. At this point, we cannot rule out a no deal Brexit by the end of the year if the EU and the UK cannot strike a permanent trade agreement," says Mikael Milhøj, Senior Analyst at Danske Bank. 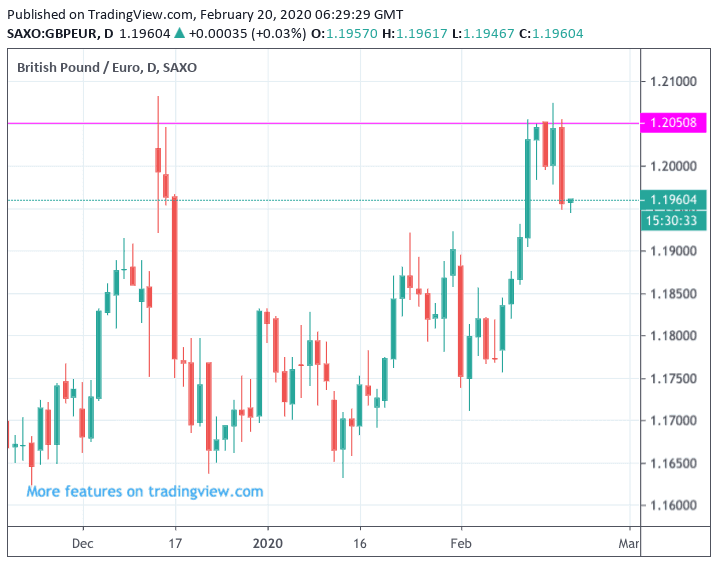 Sterling has appreciated 10% since August 2019 when the market's assessment of Brexit shifted and expectations for a no-deal outcome fell substantially. Gains then accelerated into the December election which yielded a decisive victory for the Conservatives which has in turn removed significant amounts of political uncertainty that has held business investment back. The move above 1.19 in GBP/EUR has meanwhile been sustained by a series of better-than-expected economic data releases which confirms the UK economy remains robust, at the same time data coming out of the Eurozone continues to disappoint and suggests the region's economic slump will last well into 2020.

UK economic data has improved notably since the election and this has in turn lead markets to bet the Bank of England will refrain from cutting interest rates in the near future, which is in turn positive for Sterling.

How Sterling trades in 2020 could therefore well be a function of how the narrative of improving business sentiment plays out, in addition to trade negotiations.

"Despite the renewed optimism, we think businesses will wait a bit longer before restarting investment projects and hence we think growth will remain sluggish in 2020," says Milhøj.

Now studied both the UK and the EU negotiating positions. They are on different planets. There will be a huge bust up by Spring. Whether it can be put together again unclear. I reckon no higher than 50:50. Johnson government will not agree to continued alignment with EU rules.

Foreign exchange analysts are meanwhile looking to the March 11 budget presentation as being another potential catalyst for Sterling: a sizeable increase in spending could well buoy economic activity and further aid the Pound.

Sterling's February rally stepped up a gear last week on the announcement that Chancellor of the Exchequer Sajid Javid was stepping down to be replaced by Rishi Sunak, a move interpreted by markets as confirmation that the Prime Minister is looking to have a greater say on the scale of any increase in spending.

However should Sunak opt to run a modest increase in spending as was expected of his predecessor, markets might be disappointed and sell Sterling in response.

Economist Christopher Graham at Standard Chartered Bank says that because the UK budget has now been confirmed for 11 March it "limits scope for significant change in fiscal policy outlook."

Graham says the new Chancellor (for now) is likely to hold to existing fiscal rules: (1) balance the current budget (day-to-day spending) by 2023, (2) keep net investment below 3% of GDP, (3) reassess plans if debt interest surpasses 6% of GDP. "On balance, we think the Treasury will steer clear of significant changes in these areas for now."

"In the very near term, we do not see many drivers moving GBP in either direction. As we get closer to the BoE meeting in May and the EU-UK trade talks’ decisions in June, we expect EUR/GBP to move higher. GBP is set to weaken on the back of a rate cut and Brexit fears. Eventually, our base case is a simple EU-UK trade agreement, which will strengthen GBP again," says Danske Bank's Miloj.

Danske Bank are one of the more bearish institutions we have come across with regards to Sterling and their forecasts for the Pound therefore anticipate declines back towards levels seen in October 2019 as a result.

They forecast the Pound-to-Euro exchange rate to be at 1.1764 in one month, up from the 1.15 level they had expected in previous forecasts.

An eventual recovery in Sterling will see the GBP/EUR exchange rate back at 1.19 in 12 months.