- GBP could strengthen over short-term

The Pound has risen over 3.0% in the last two weeks as traders have bought the currency because of increased optimism that the UK and EU will broker a deal before the Brexit deadline on October 31.

Yet, doubts still linger that the two sides will actually be able to bridge their differences. This has led to a pull-back in Sterling of about 0.3% on Wednesday, on the eve of a crunch summit in Brussels where the block will determine their final stance.

"We are unlikely to see a deal at the EU summit this week. That does not have to be the end yet, another EU summit on 29th/30th October is already being discussed. At least until then the risk of something going wrong remains in place though. And until then Sterling will tend to struggle justifying last week’s optimism," says Ulrich Leuchtmann, an analyst at Commerzbank.

From a purely technical and quantitative point-of-view, the charts are showing signs of a bias to a positive outcome to negotiations and for the Pound to make more gains in the short-term, by which we mean the next week or so.

This is because Sterling has formed a rare bullish continuation pattern on the daily charts of its most traded pairs which indicates a greater than 50% probability the currency will strengthen further; though the pattern is subject to confirmation provided by the exchange rate breaking to new highs.

The pattern is called a 3-bar formation and it appears during strong rallies. Combined with another indicator called ADX, which measures the strength of the trend, it can provide high probability continuation signals for traders. 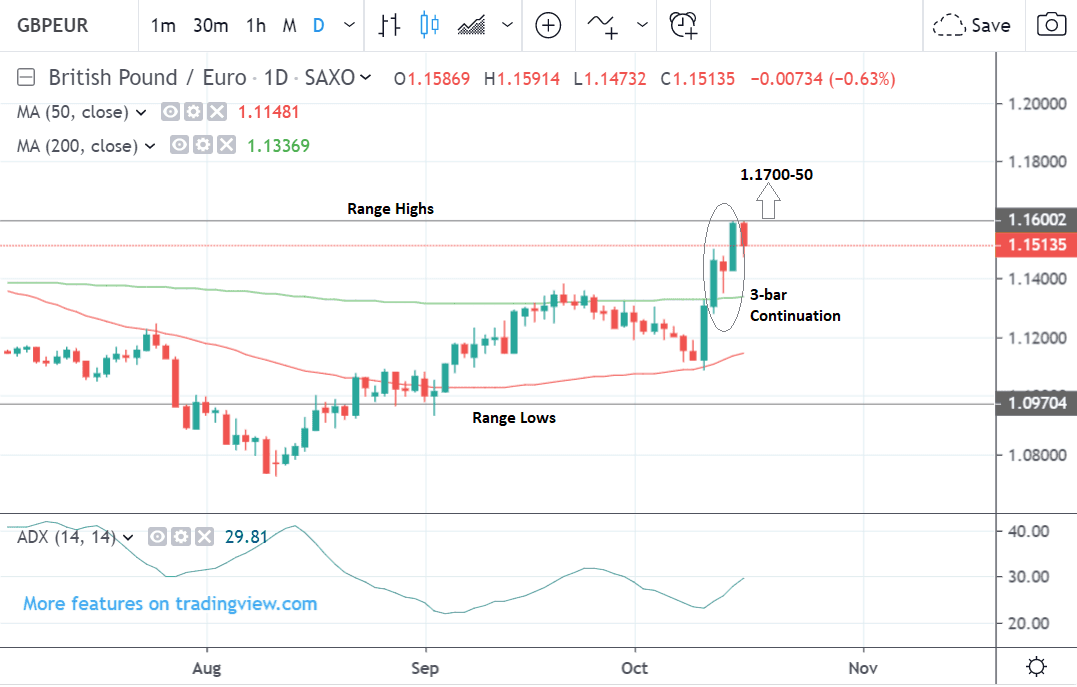 The chart above shows the pattern circled on GBP/EUR. It is composed of two large green up days and a much smaller-bodied day sandwiched in-between.

In the case of GBP/EUR, the pattern has formed just under a major ceiling level at the long-term range highs, at 1.1600.

This ceiling represents quite a tough, but not an insurmountable obstacle for the pair. 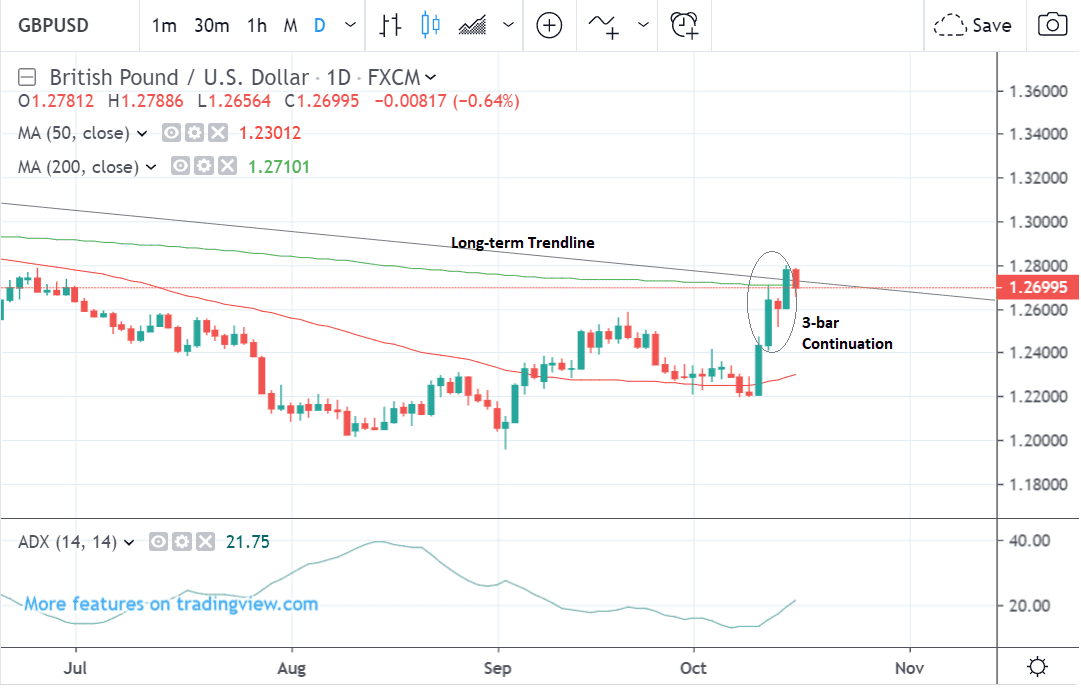 The chart of GBP/USD shows a similar situation to GBP/EUR with the 3-bar continuation pattern forming at about the same level as a major downtrend line in the mid 1.27s.

The occurrence of the pattern suggests the pair is likely to continue higher to a target at between 1.2900-1.2950.

A break above Tuesday’s 1.2801 highs would, however, be a necessary prerequisite for expecting more upside.

The continuation signal is enhanced if the ADX is reading between 20 and 35 at the same time as the pattern forms, which is the case in both the pairs analysed above.

It is important to emphasise that the exchange rate must break to new highs to confirm the bullish signal.