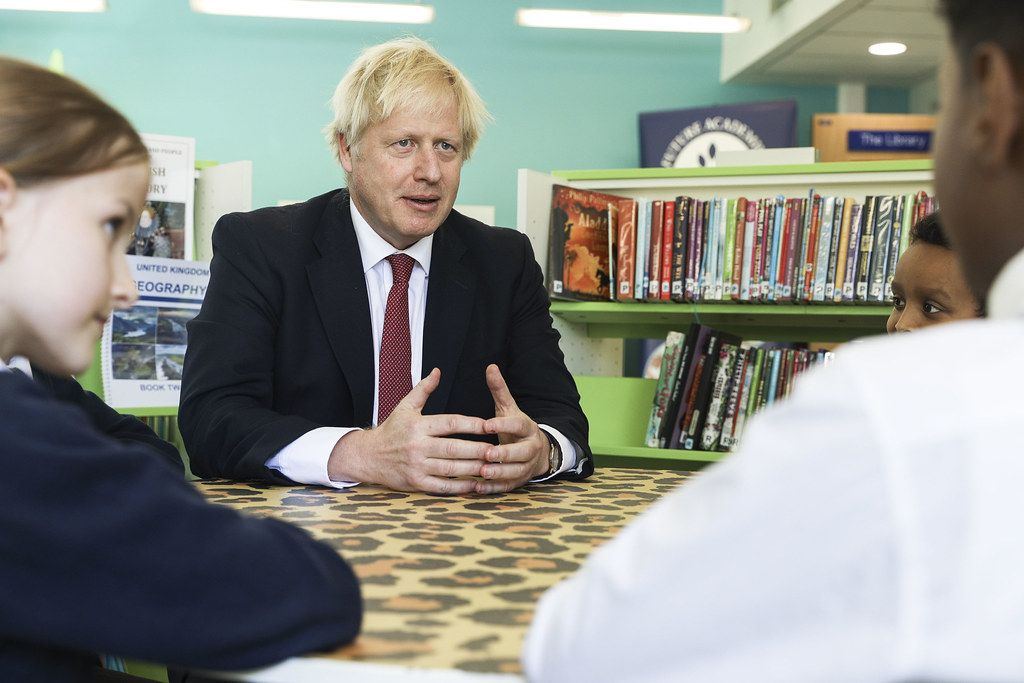 Pound Sterling's rally against the Euro continues, but we are still awaiting a sustained and convincing break above the psychologically significant 1.12 area. The Pound-to-Euro exchange rate is quoted at 1.1208 in mid-week trade having recovered over recent hours from levels around 1.1180. The pair had gone as high as 1.1230 on Monday in a brief spike that was met with heavy selling interest by the trading community.

1.12 looks like an area the bulls are trying to break in order to keep the rally alive, and Wednesday could be crucial in this regard.

Technical studies suggest momentum is positive and there are some real signs of progress emerging on how a Brexit deal can be snatched at the last minute by Prime Minister Boris Johnson, we touch on such developments later on in the article.

We are aware that the GBP/EUR exchange rate has been in an uptrend since August 13, and we would say from a technical perspective it is too early to call the death of the short-term rally.

Momentum is positive on a day-to-day basis with the RSI momentum indicator on the charts reading at 62.46, which some technical analysts will interpret as advocating for further gains. 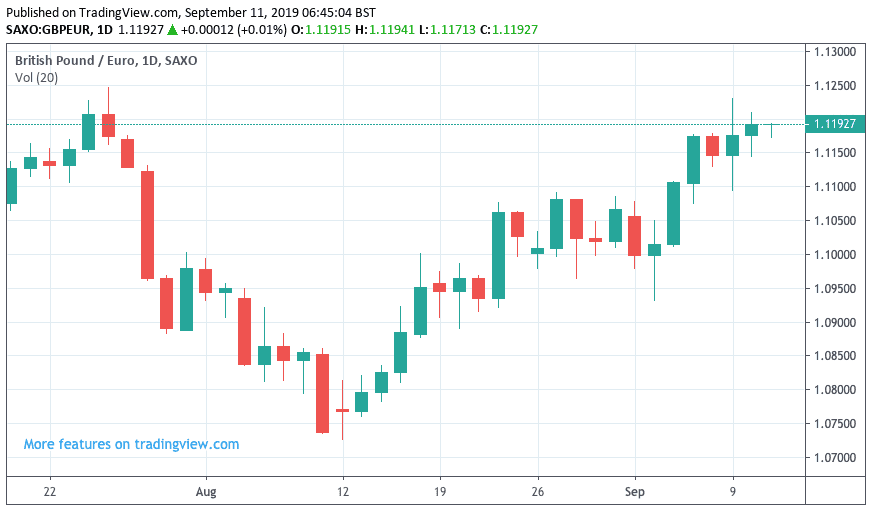 The prospect of further advances in Sterling is made on the basis that the UK Parliament has now been suspended, meaning the political intrigue that has dictated direction in the currency of late should fade somewhat.

It appears that the focus now returns to the Government of Prime Minister Boris Johnson which remains determined to both deliver a Brexit deal, and ensure Brexit happens by October 31.

Both look like difficult feats to achieve given the short amount of time that remains and the hostile Parliament he has to work with.

"Focus in the UK will be on how negotiations between the UK and the EU play out while the UK Parliament is suspended," says Richard Grace at CBA. "If PM Johnson can’t reach a deal with the EU by 19 October, the Brexit delay bill requires him to ask the EU for a 3‑month suspension."

Johnson on Tuesday told the BBC he remains determined to get a deal, and that the UK will be leaving the EU on October 31 even if he has failed to reach an agreement.

This is interesting: the market's assumption is that Parliament has done enough to effectively outlaw a 'no deal' under any circumstances.

Indeed, Sterling's recent rally against the Euro has largely been built on the view that 'no deal' Brexit risks have been fading of late. Therefore, to hear Johnson repeat that the UK is leaving on October 31 will surely put these assumptions in doubt.

This is where there is a good chance the market can be wrong-footed, and the recent recovery in Sterling would be rapidly unwound if this is indeed the case.

"There’s still a chance that Johnson ignores the bill entirely and risks going to jail over it," says Marshall Gittler, an analyst with ACLS Global.

However, we note strong media interest in Johnson's potential strategy to strike a new deal with the EU, that ultimately sees the Northern Ireland backstop removed from the existing Withdrawal Agreement.

In short, it requires Northern Ireland to be treated separately.

“If we can build on that we certainly might get closer to one another in terms of a possible outcome,” adds Hogan.

However, the DUP - the Northern Ireland party who propped up the May government in parliament - have been strongly opposed to any divergence between the UK and Northern Ireland, and Johnson will be sensitive to their take on any new plans.

The details of any last-ditch deal will be hammered out by the European Council of EU leaders when they meet on 17-18 October.

If the EU and UK fail to reach a deal, how Johnson plans to fulfil his commitment to an October 31 exit is the big question for currency markets.

Johnson must have a plan to fulfil his pledge and it will surely see the UK constitution tested to the limits, as such the market appears to be non the wiser as to how such an outcome would be achieved.

"Although the risk of a 'no deal' Brexit on 31 October has diminished, overall uncertainty remains elevated on what will develop, and this will continue to weigh on GBP," says Grace.