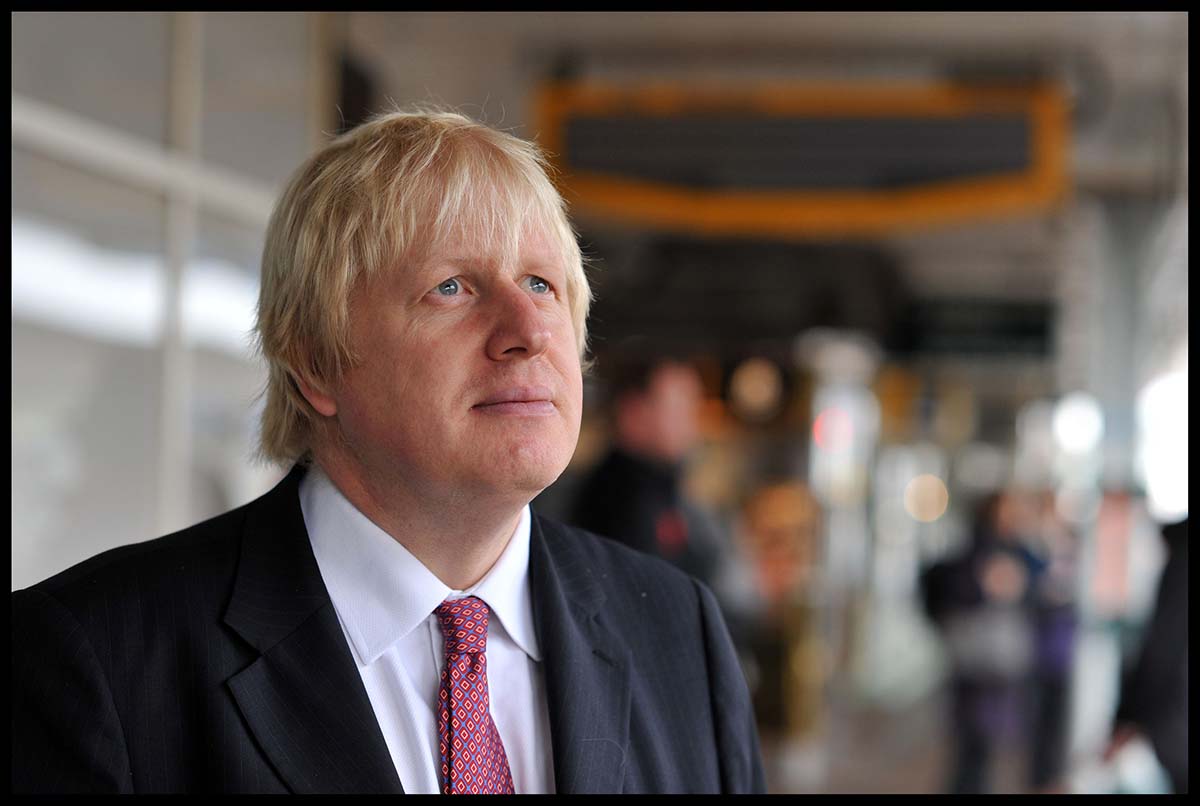 - Johnson takes lead in race to become next Prime Minister

Pound Sterling fell to fresh four-and-a-half month lows against the Euro at the start of the new week as a negative trend in place since May extends into the new month, however foreign exchange analysts at Lloyds Bank say there are reasons to expect a strong recovery befor year-end.

"We expect GBP/EUR to be broadly unchanged over our 2-year forecast horizon. While the UK economy is currently outperforming the Eurozone and the BoE looks more likely to raise interest rates than the ECB," says Gajan Mahadevan, a strategist with Lloyds Bank.

Howver, the currency is expected to be pressured-near term amidst political uncertainty in Westminster.

The call by Lloyds Bank comes as the UK currency is pressured lower by traders adjusting to the prospect of a 'no deal' Brexit taking place in October, while the likelihood of another General Election becomes increasingly elevated.

The front-runner to be Theresa May's replacement as Prime Minister, Boris Johnson, officially launched his campaign on Monday, confirming "we're out, deal or no deal" on October 31.

The next Conservative leader will picked by the party membership from a short-list of just two contenders, whittled down from a crowded field in a series of votes held amongst Conservative MPs.

According to Conservative Home, Johnson continues to add parliamentarians to his list of supporters with his tally standing at 42 while his nearest contender Jeremy Hunt has 32, Michael Gove has 29, Dominic Raab had 24, Sajid Javid has 17 and Matt Hancock has 12.

The odds of Johnson becoming the next Prime Minister have meanwhile fallen over the past 24 hours, with market aggregator Oddschecker showing odds have moved from 7/4 to 6/4.

Please check out my campaign launch video. Time to deliver Brexit and unite our fantastic country. I hope you will support me > @BackBoris #BackBoris pic.twitter.com/iRZ8b0flRK

It is therefore widely anticipated that the next Prime Minister of the UK will be one willing to tow a tougher line on Brexit.

As such, we are seeing a 'no deal' Brexit premium being injected into Sterling: the currency suffered a sharp decline of 4.0% against the Euro over the course of May in a move that heightened fears that the GBP/EUR is on a concerted move lower.

There is simply little political certainty for markets to latch on to, and it should therefore come as little surprise that Sterling is in decline.

"Agreement on the way forward will likely require either new elections or a new Brexit referendum," says Hans Redeker, a foreign exchange strategist with Morgan Stanley. "Our economists believe the risks of both a hard Brexit and Remain have increased. The results of the European election demonstrated a divided electorate between these two outcomes."

Redeker says continuing uncertainty may continue to weigh on the British Pound but the Euro could be supported by a repatriation of investor capital into the Eurozone in the current bout of trade war-induced market anxiety.

As such strategists at Morgan Stanley are advocating traders sell the Pound against the Euro, targeting a move 1.0989.

But, Expect a Recovery by Year-End say Lloyds

A febrile political landscape in the UK makes expectations for further weakness in the Pound understandable: the questions on the government's longevity, future leaders and the nature of Brexit make for a difficult backdrop for UK economic activity.

However, foreign exchange analysts at UK high-street bank Lloyds Bank are maintaining forecasts that suggest the Pound will end the year higher than where it is currently located.

The Pound-to-Euro exchange rate is currently quoted at 1.13, but it should go back towards the upper end of its 2019 range says Mahadevan.

According to the Lloyds Bank analyst, studies suggest fair-value for the Pound-to-Euro exchange rate is actually as high as 1.23.

i.e. this is where the exchange rate should be if the market were perfectly reflecting the economic fundamentals that exist in the United Kingdom and the Eurozone and there were no political premiums being injected into either of the currencies.

"Current account and inflation-based valuation models suggest the ‘fair value’ of GBP/EUR over the long-term is currently around 1.23."

As we know, the market has more to consider than pure economics: it has the tricky job to deliver of pricing an exchange rate based on future expectations for the economy.

At present the market is trying to guess where the economy will head under the various Brexit scenarios, a distinctly difficult task considering confidence on who will be the country's Prime Minister by year-end is low: could it be a Conservative such as Boris Johnson, or will it be a Corbyn-led Labour minority government relying on the supply of votes from the Liberal Democrats and SNP?

It is not inconceivable that the next Conservative Prime Minister loses his majority in parliament over his willingness to pursue a 'no deal' Brexit, and therefore has to call a General Election.

"This uncertainty looks likely to persist in the near-term, as many Brexit options are still on the table and there doesn’t appear to be a clear or generally favoured path," says Mahadevan.

There are push-and-pull forces working on Sterling at present: on the one hand you have the negatives of political uncertainty likely to keep pressing against the currency, while on the other the UK economy continues to put in a relatively robust performance.

The UK economy grew more than Japan, France and Germany's in the first three months of 2019 with a reading of 1.8% growth being recorded over the first quarter.

If it were not for the uncertainty posed by Brexit the Bank of England would have likely raised interest rates further, which in turn would have supported a stronger Pound.

Concerning the Eurozone, Lloyds note that while the area experienced a strong year in 2017, growth has generally disappointed the market ever since.

Momentum appears to remain lacklustre and at the same time negative external pressures have taken hold with the U.S. adopting a hawkish stance on trade that is seen by many to have impacted Eurozone exports. Concerns are high that the Trump administration could soon turn its sights on the Eurozone with the car industry looking the most vulnerable sector at present.

This explains why the European Central Bank (ECB) insists on pursuing an interest rate policy that works against the Euro.

"Our respective views on BoE and ECB policy rates imply a further widening in UK versus European (German) interest rate differentials. We have the UK-German 2-year and 10-year interest rate spreads widening by a 20bps (to 1.5% and 1.4% respectively) over the next 12 months. This would put the 2-year differential at its widest (in favour of the UK) since early 2007. At the margin, such price action may push GBP/EUR higher," says Mahadevan.

Market consensus - based on Bloomberg polls - suggests the Pound-to-Euro exchange rate will be at 1.16 by the end of 2019.

"We expect GBP/EUR to be broadly unchanged over our 2-year forecast horizon. While the UK economy is currently outperforming the Eurozone and the BoE looks more likely to raise interest rates than the ECB, political turbulence in Westminster seems to be dampening optimism and confidence in parts of the UK economy. This uncertainty looks likely to persist in the near-term, as many Brexit options are still on the table and there doesn’t appear to be a clear or generally favoured path. All considered, we forecast GBP/EUR at 1.18 at end-2019 and end-2020."

However, Mahadevan warns that given the prevailing political environment, forecasting the future path of GBP/EUR is a difficult prospect, "GBP/EUR is susceptible to significant bouts of volatility over the coming months".