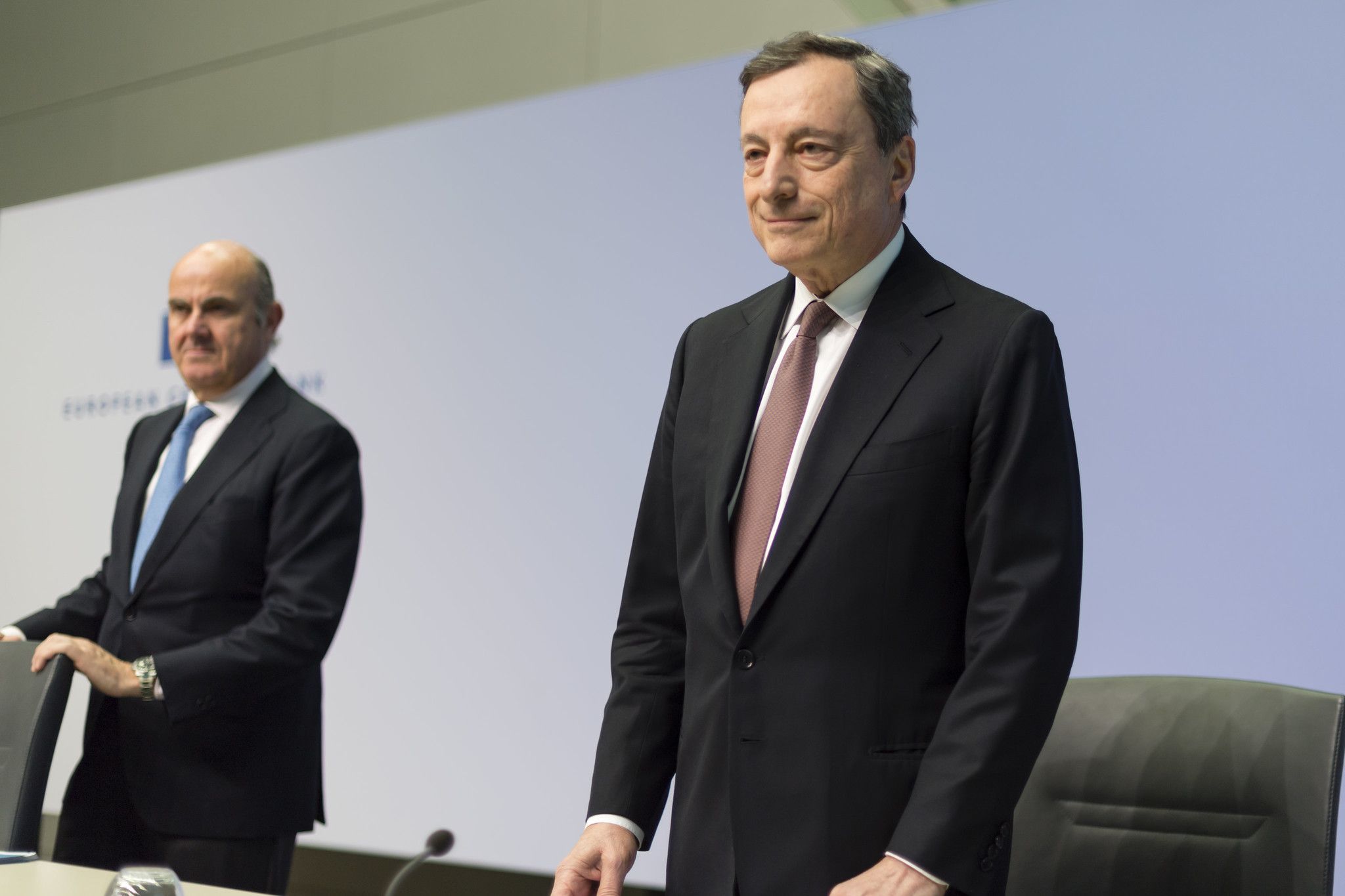 Above: ECB President Mario Draghi arrives for a press conference following the April policy meeting of the ECB in Frankfurt. Image (C) ECB.

The Euro was sold against the Dollar, Pound and other major currencies in mid-week trade after the European Central Bank (ECB) sounded a distinctly bearish tone on the Eurozone's economic outlook.

The ECB opted to keep interest rates unchanged at its April 10 policy meeting, but it was the messaging from ECB President Mario Draghi that was always going to be of interest to investors.

Draghi told journalists the central bank expects slower economic growth out of the Eurozone economy than had been previously forecast, and the risks to the outlook were tilted to the downside.

"Incoming data continues to be weak, especially for the manufacturing sector ... the slower growth momentum is expected to extend into the current year," said Draghi.

Draghi focussed on the Eurozone's ongoing inability to stimulate inflation as a result of the lacklustre economic growth being experienced by the area, but said the downward trend in prices would "probably bottom" in September.

"At the margin, the ECB sounded modestly dovish in discussing the outlook for inflation, partly because it projects a further temporary decline in inflation in coming months," says Florian Hense, an Economist with Berenberg.

The Euro exchange rate complex fell on the 'dovish' message put out by the ECB President, with the Euro-to-Dollar exchange rate quoting at 1.1242 having been as high as 1.1284 earlier in the day.

“The Euro was softer against the dollar as the ECB highlighted downside risks to the Eurozone and made sure markets know that all options remain on the table. As previously argued, there is more dovishness to come from the ECB and come June we could well see some extra accommodation," says Neil Wilson, an analyst with Markets.com. 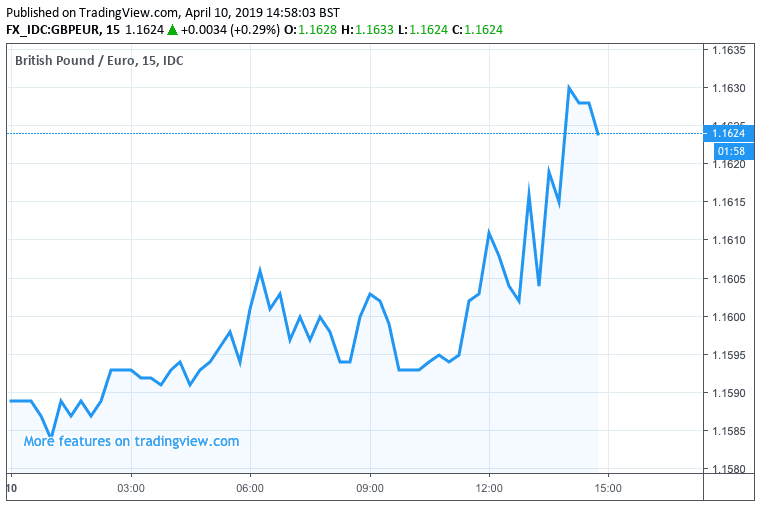 Above: The Pound went higher against the Euro through the course of the ECB policy event.

When central banks increase monetary accommodation - or stimulus - the currency issued by that central bank tends to fall as its supply is increased.

Recall, discussion this time last year was all about how Eurozone economic growth was improving to the extent that interest rates would need to rise in 2019.

Markets sense the ECB is certainly not yet ready to reduce stimulus, and if anything fresh stimulus might now be in the offing.

Indeed, Draghi confirmed that policymakers were considering measures to mitigate the impact on banks of its negative deposit rates as well as the pricing of new cheap two-year loans to banks, but said it was too early to decide.

"We need further information that will come to us between now and June," Draghi said.

Negative interest rates are clearly good for Eurozone businesses that are able to borrow on the cheap, but they have a notable impact on the profitability of the banking sector.

Therefore, interest rates being 'lower for longer' while good for business, might actually pose a risk to the broader financial system.

By exploring ways to simultaneously keep record-low interest rates on offer, but shield banks, Draghi is hinting that markets should not expect a rise in interest rates anytime soon.

"The discussion about a tiered system for bank reserves could gain further traction during the summer. That the ECB is studying it intensely suggests that the probability for such a move may be above 50%," says Berenberg's Lamb.

This suggests the settings at the central bank are unlikely to benefit the single-currency for a while yet.

Italy's economy meanwhile slipped into recession at the turn of the year.

“What the ECB President described as ‘global headwinds’ is fast turning into a perfect storm for Mr Draghi," says Lamb.