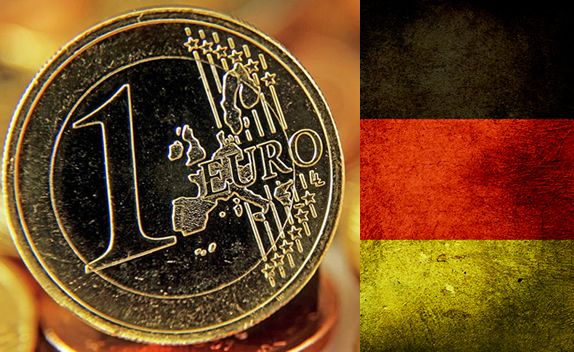 A fall in the value of the Euro against Pound Sterling has seen German exports to the UK slip according to latest GDP data confirming how important the trade relationship between the two countries is.

German GDP data for the third quarter of 2016 came in below expectations.

The economy only rose at a 0.2% rate between June and September, which was well below the 0.4% forecast, and lower than the relatively high 0.4% in the previous quarter.

Positive results came mainly from the domestic quarter whilst a slowdown in exports was the main source of weakness.

“The main drag came from the external sector with rising imports and shrinking exports. This is consistent with our analysis which suggest a slow but persistent slowdown in UK demand for German exports partially accounted for by EURGBP strength,” says Olga Tschekassin at Barclays.

Although the outlook for German growth in Q4 is better than it was for Q3, Barclays' caution against getting too optimistic.

Whilst sentiment and survey data remain strong, with positive results in the ZEW survey of financial professionals (which rose 7.6 in November) and the Ifo Business confidence survey, survey data is not as accurate a predictor as ‘hard’ economic data.

Importance of UK to German Exporters

The significance of the UK as a market for German exports should not be underestimated.

The significance is particularly marked in the automobile sector, where the UK accounts for 13% of German exports.

“At product level, road vehicles are by far the largest export group with the product balance surplus amounting to EUR25bn – approximately 50% of the bilateral goods trade surplus.

“13% of all German road vehicle exports went to the UK in 2015, which means that the UK is a major market for the German automotive sector,” said the Barclays report.

Based on Barclays' economic forecasts, that the UK will sustain a 7.6% decline in investment in 2017 due to uncertainty around the triggering of Article 50.

The impact of such a scenario, “would additionally diminish the demand for German investment goods exports and have a significant negative effect on German GDP growth,” says Barclays' Olga Tchekassin.

To conclude, the impact on the German economy of Brexit is likely to be equal to a substantial headwind to growth.

Much of the extent of the damage will be dictated by the GBP/EUR exchange rate, which if it rises to 1.25, will help mitigate the ill effects of Brexit on German exports substantially.

However, given the risk of political uncertainty in the Eurozone and the rise of the right during a year with many elections in key Eurozone states, there is a good chance the exchange rate could remain subdued at around 1.15.

As such, given an average exchange rate of 1.1500 for GBP/EUR (current level 1.1577) during 2017, the combination of the persistently weak Pound and the fall in investment in the UK would have a serious negative effect on German base-line GDP growth of 0.7%.

“Econometric evidence suggests, in our baseline scenario (assuming UK domestic demand stagnation and GBPEUR of 1.15), that this would reduce to about 1%, and hence mechanically reduce German GDP by about 0.7%, by the end of 2017. Brexit is therefore not likely to leave Germany, and the euro area, unharmed,” ended the Barclays report.

This is important dynamic to consider when heading into Brexit negotiations and it could help explain this week's softening rhetoric on the issue of immigration and single market access by German Chancellor Merkel.