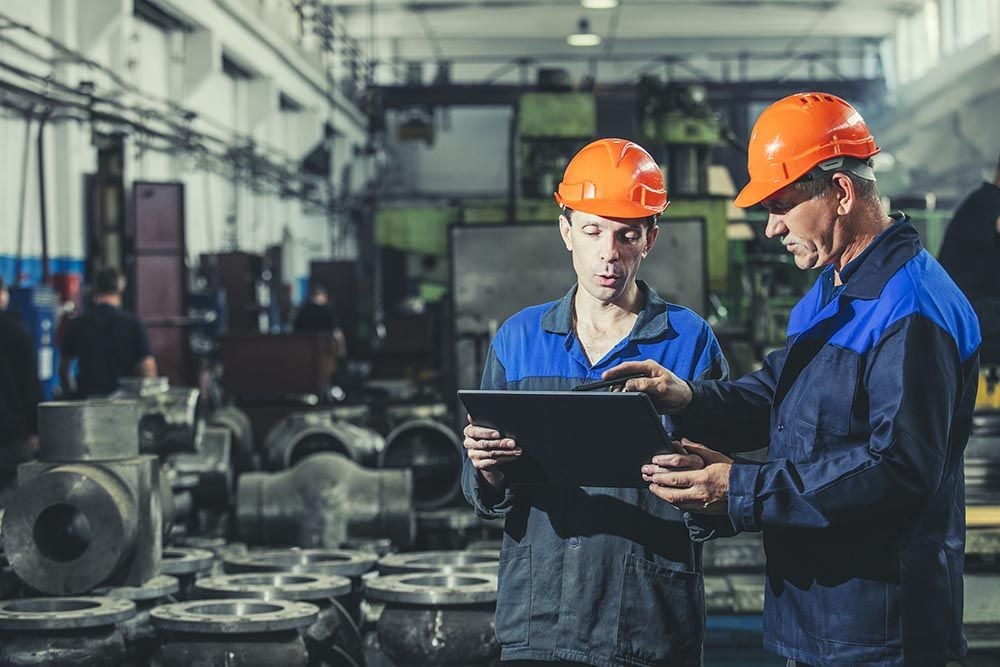 A measure of U.S. manufacturing health has just recorded its second-largest drop on record, a sign of an ongoing slowdown in U.S. activity.

However, the scale of the collapse has lead some economists to question the outcome.

The decline markets the second-largest drop in the survey which goes back to 2001.

"This is just one monthly report for one region of the country (albeit an important one), and it is not cause for full-blown alarm," says Tim Quinlan, Senior Economist at Wells Fargo Securities.

"But coming on the heels of back-to-back declines in manufacturing production for the broader economy, the sudden drop in activity should not be dismissed out of hand," he adds. 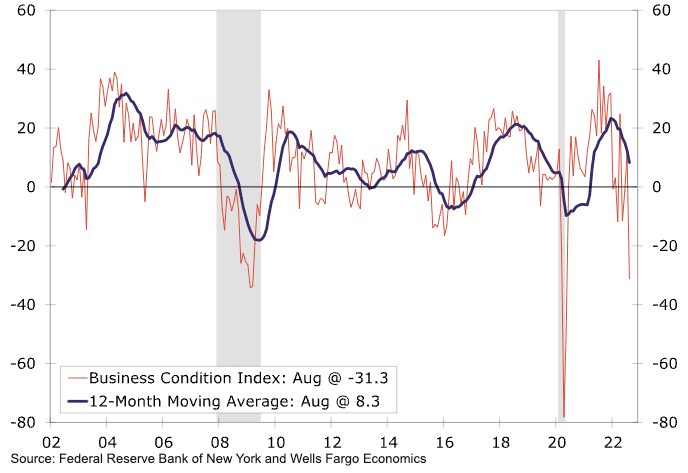 Quinlan makes the point the National Bureau of Economic Research (NBER) considers manufacturing activity when assessing whether the U.S. economy is in recession.

"At a time when financial markets are coming to grips with whether the economy is currently in recession or heading into one, this is not an encouraging development for measures of industrial production—one of the four key categories watched by the NBER's dating committee to determine the starting date for a recession," he says.

The U.S. has recorded two consecutive quarters of growth, thereby meeting a popular definition of recession.

But the NBER - which informs the U.S. government's reading of the state of the economy - says this criteria is too simplistic and is yet to call a recession.

"The strength of the job market is still the best argument for why the economy is not in recession at present, but there was some deterioration evident in today's Empire survey for the job market in the New York area. The number of employees fell to 7.4 from 18.0 last month, and the average workweek fell to -13.1 showing a decline in hours worked," says Quinlan.

Shepherdson says, "this out-of-the-blue plunge - incredibly, a bigger drop than in March 2020 - is impossible to tie to other indicator".

"Momentum in the manufacturing sector certainly has slowed, but this is a collapse," he adds.

Pantheon Macroeconomics says the outcome means other regional surveys will be watched with heightened interest in the wake of the NY shock.

"Our bet is that none of them will be as startlingly terrible as this one," says Shepherdson.

The survey also provided some optimism, particularly in terms of inflation.

The prices paid component plunged by 8.8 points, thanks in a large part to a drop in oil prices.

"The normalisation of the supply-chain measures are a key driver of our view that margin re-compression will drive down inflation over the next year," says Shepherdson.

Indeed, there were hopes the U.S. economy has seen inflation peak with July's headline rate rising 8.5% in the year to July, coming in below June's 9.1% and the consensus expectation for a reading of 8.7%.

The Dollar fell as investors bet the peak in inflation might have passed and therefore the need for the U.S. Federal Reserve to pursue an aggressive policy of interest rate rises had lessened.

Should the inflation peak have indeed passed then the thesis that the Fed will slowdown will remain intact, potentially making it harder for the Dollar to push towards fresh highs.