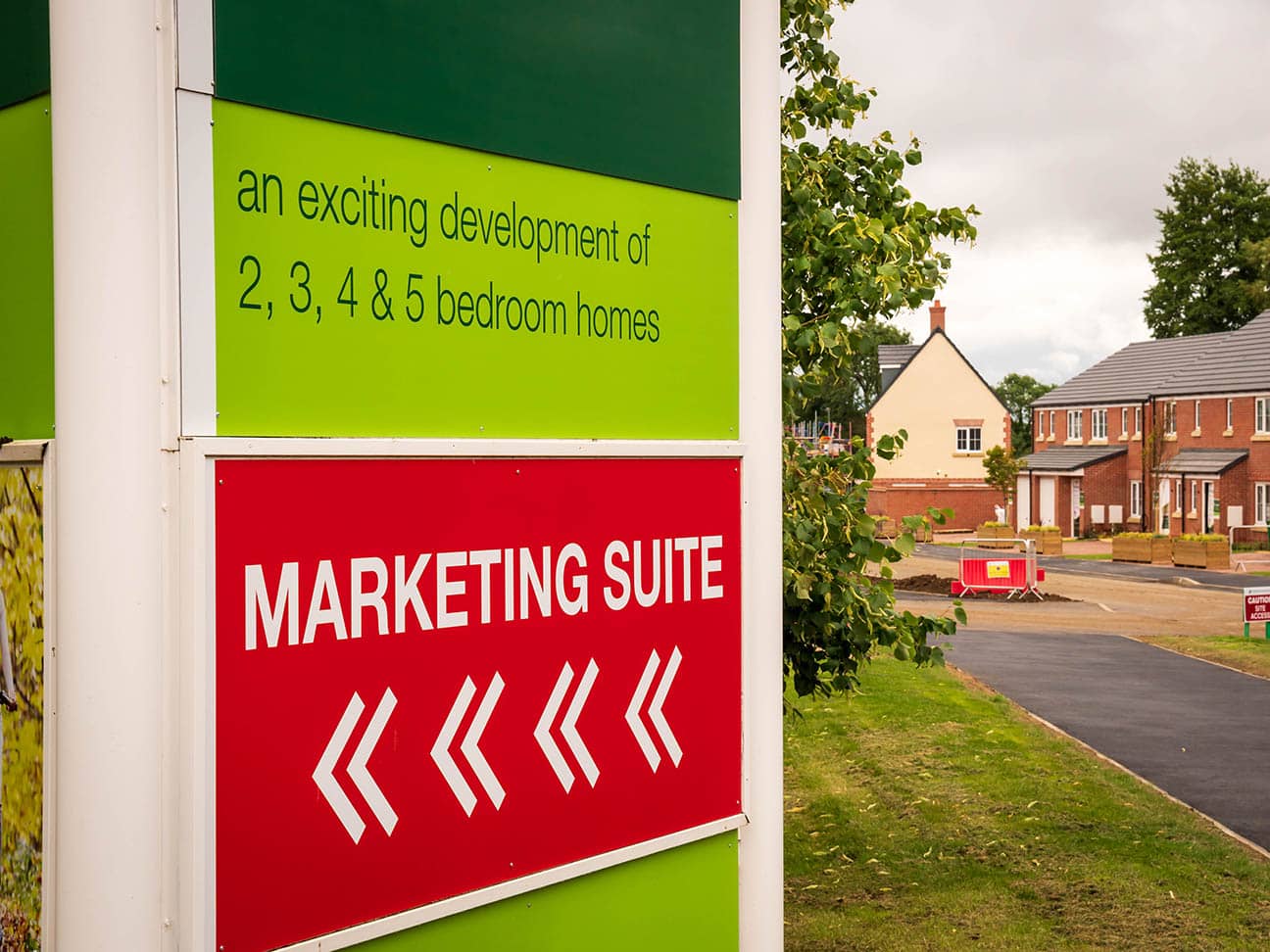 A much-watched measure of UK house prices showed prices fell in July and economists say the recent surge in prices might finally be peaking, although industry professionals and economists don't expect material price declines on the horizon.

Nationwide's monthly house price monitor showed a decline in prices of 0.5% month-on-month in July with the monthly drag bringing the year-on-year growth for July back to 10.0% from the 13.4% reported in June.

"House price growth probably now has peaked," says Gabriella Dickens, Senior U.K. Economist at Pantheon Macroeconomics. "The larger-than-expected slowdown probably marks the start of a sustained deceleration in house price growth between now and the end of the year." 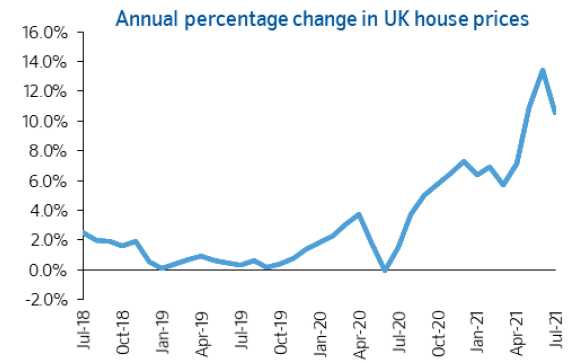 Nationwide says the modest fallback in July was unsurprising given the significant gains recorded in recent months.

House prices have now increased by an average of 1.6% per month over the April to June period which is more than six times the average monthly gain recorded in the five years before the pandemic.

Nationwide says the tapering of stamp duty relief in England is also likely to have taken some of the heat out of the market.

For those purchasing a property above £250K, the maximum stamp duty saving reduced from £15K to £2,5K after the end of June.

"The widespread talks of a market cliff edge once the stamp duty holiday ends have now turned to hushed whispers and while record rates of growth will inevitably lead to some monthly ups and downs, the long-term health of the UK property market is looking very good at present,” says Ben Taylor, CEO of Keller Williams.

According to Nationwide's Chief Economist Robert Gardner, the stamp duty changes drove the number of housing market transactions to a record high of almost 200K in June as home buyers rushed to beat the deadline.

"This was around twice the number of transactions recorded in a typical month before the pandemic and 8% above the previous peak seen in March," says Gardner.

Land Registry data meanwhile showed the recent period of strong house price growth has been linked to demand for properties valued above £500K.

This segment of the market saw activity increase 37% over the 12 months to March 2021, compared to a rise of 2% for all properties. 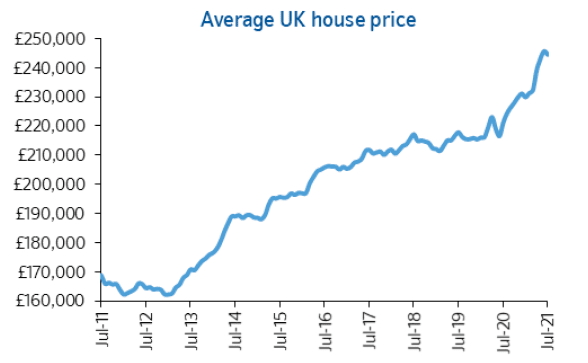 Despite the recent slowdown in prices Nationwide say they are expecting house prices to remain supported as solid demand meets a familiar lack of supply of new housing.

Nevertheless, they say activity will almost inevitably soften for a period after the stamp duty holiday expires at the end of September, given the incentive for people to bring forward their purchases to avoid the additional tax.

“The recent heatwave may have subsided but the property market is still running red hot and, despite the odd month to month wobble, we continue to see double-digit annual growth which is a phenomenal rate to have been sustained so consistently.”

Colby Short, Founder and CEO of GetAgent.co.uk says buying in the current climate has proven unattractive to many buyers owing to the long delays that have ensued as a result of such unprecedented levels of buyer demand.

"It’s arguably never been less appealing to embark on the archaic process of buying a home," he says.

But despite this, Short says homebuyers have, and will, continue to flock to the market in order to realise their dream of homeownership and "this will help maintain the upward price trends seen of late.”