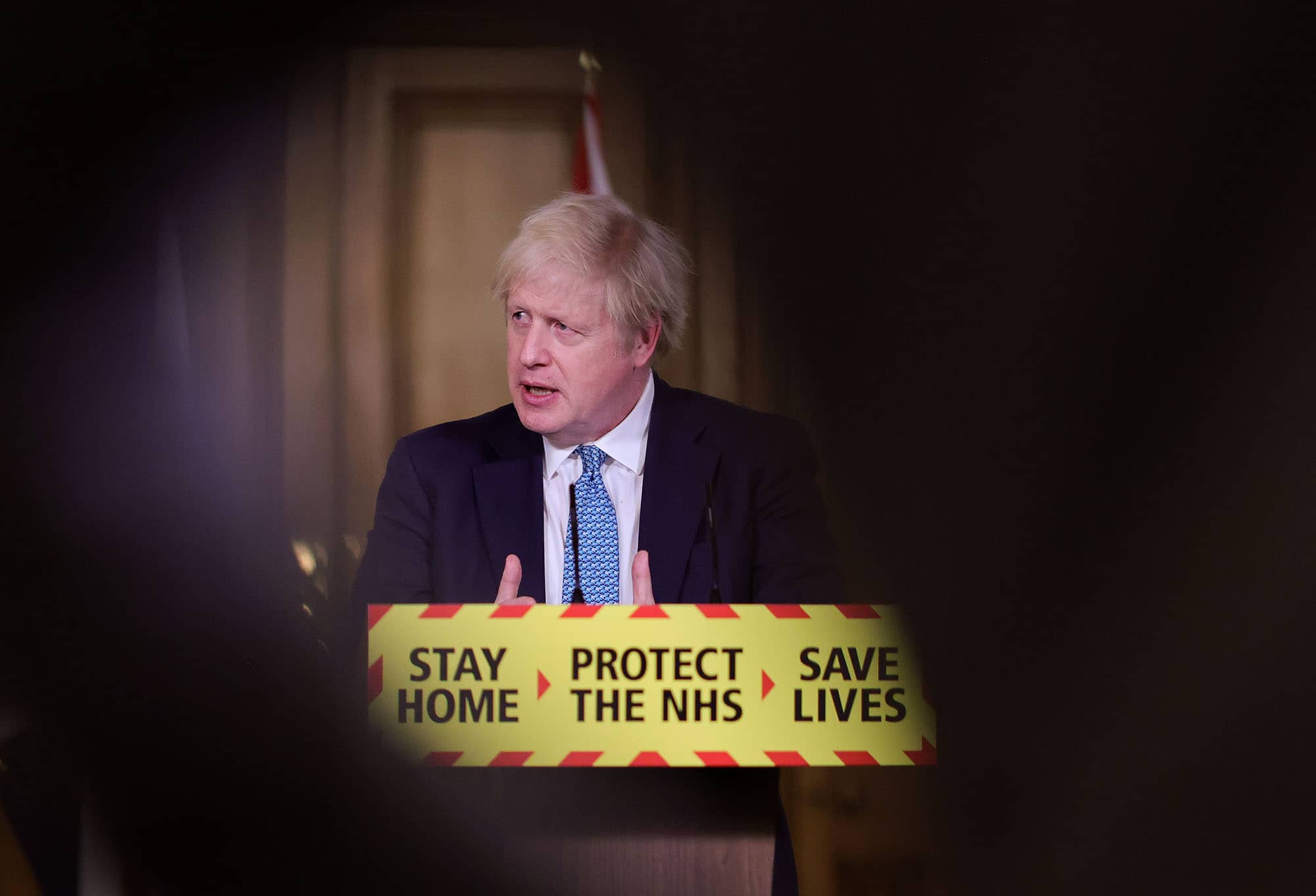 Prime Minister Boris Johnson on Monday night closed schools across England in an effort to contain a wave of new covid-19 infections, with 1 in 50 UK residents now having the virus.

Economists have responded to the announcement by revisiting their forecasts for UK economic growth and downgrading previous projections; indeed a double-dip recession appears to now be underway in the UK.

It is difficult to compute the value of schooling to GDP output, but the ONS have adopted an approach whereby they establish the full value of a student in either primary or secondary school and reduce that valuation when they are learning from home.

As an example, the ONS say a primary school student who is learning from home is worth around 42% of a that same student in Full Time Eduction in a normal educational setting.

When modelling the impact of school closures in the first national lockdown of 2020 the ONS estimated an education output drop of 38% between April and February, meaning education alone shaved 2.1% off headline activity in April.

"With schools fully closed until the end of February, and conceivably partially closed in March, we think ONS's accounting might result in a 2pp drag on headline activity," says Jacob Nell, Economist at Morgan Stanley in London. 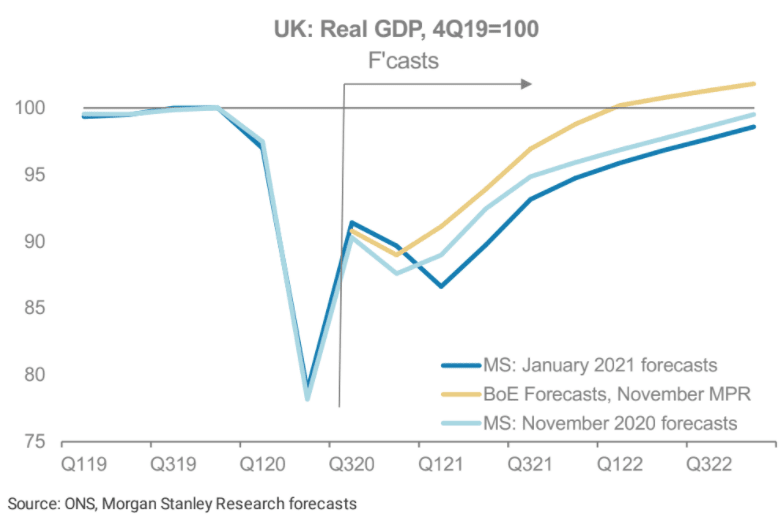 While primary and secondary schools have been closed, nurseries remain open and this will minimise the full economic impact of the closure of the third lockdown relative to the first. However, there are some soundings of discontent about nurseries staying open being reported by the press and another government u-turn on the matter could yet see economists forced to lower forecasts yet again.

Economists at Pantheon Macroeconomics - the independent economic and financial research house - had anticipated school closures in the first quarter of 2021, but had not anticipated the government to effectively abandon its tiering approach.

As a result, "the downturn in economic activity in Q1 is set to be even deeper than we first thought at the start of this week," says Samuel Tombs, UK Chief Economist at Pantheon Macroeconomics. "The third lockdown will result in much lower levels of transportation usage than we had previously assumed, following the strengthening of guidance to leave home only for essential purposes."

Pantheon Macroeconomics now look for a quarter-on-quarter decline in GDP of about 3.0% in the first quarter, following a 0.1% drop in the fourth quarter of 2020, meaning the conditions for the UK to enter a technical recession will have been met.

Owing to the new lockdown, the near-term outlook "now looks much worse than before," says Kallum Pickering, an economist at Berenberg Bank.

Instead of a gain of 3.0% quarter-on-quarter in the first quarter of 2022 the economist now projects a 2.0% decline to transpire.

Morgan Stanley have downgraded their GDP forecast for the first quarter from "a robust" 1.6% expansion to a "sharp" 3.4% contraction.

The growth rebound in the second quarter of 2021 is however expected to be greater than originally anticipated at Berenberg who pencil in 9% growth, against the 6% forecast previously.

For the third quarter 2021 Berenberg anticipate 4.5% growth against the 2.3% forecast previously and the fourth quarter sees 1.3% forecast versus 0.9% previously.

Morgan Stanley lower their 2021 GDP forecast for the UK from 5.3% to 2.1%, but they are forecasting a sharp rebound in UK economic activity from mid-year onwards.

"We expect a robust mid-year rebound, as reopening drives a surge in consumption, supported by easy policy and the build-up of household savings through the pandemic," says Nell.

The forecasts are modelled on an assumption that restrictions are lifted from April onwards, with a complete lifting of restrictions in June.

Morgan Stanley are also expecting the Bank of England to assist the economy by cutting interest rates to 0% at the February MPC meeting.

Above: Consensus forecasts for the world's major economies showing the UK is expected to be the world's laggard. Image courtesy of Société Générale.

Those economists we follow have stated that any mid-year economic recovery depends largely on how effective the vaccine rollout is, with downside risks being associated with a failure by the government to meet its own aggressive target.

Prime Minister Boris Johnson is aiming for two million vaccinations to take place every week by the end of January, but some challenges must be overcome to achieve this aim.

"A slower rollout of vaccines is a clear downside risk to our forecasts. Medical staff availability, quality control testing capacity and excessive bureaucracy could all constrain the rollout," says Tombs.

Some think-tanks have said it is feasible to easily surpass two million doses a week if a number of additional steps are taken, the most obvious being to allow pharmacies to roll out the Oxford University-AstraZeneca vaccine candidate.

While the government has not yet confirmed pharmacies will be able to distribute the vaccine, the situation is continually evolving and many bottlenecks are expected to be overcome.

A better sense of where the UK stands on its programme to vaccinate the most vulnerable comes on Thursday when the latest official vaccine statistics are released. Johnson did however say on Tuesday night the government has committed to daily updates from next Monday.