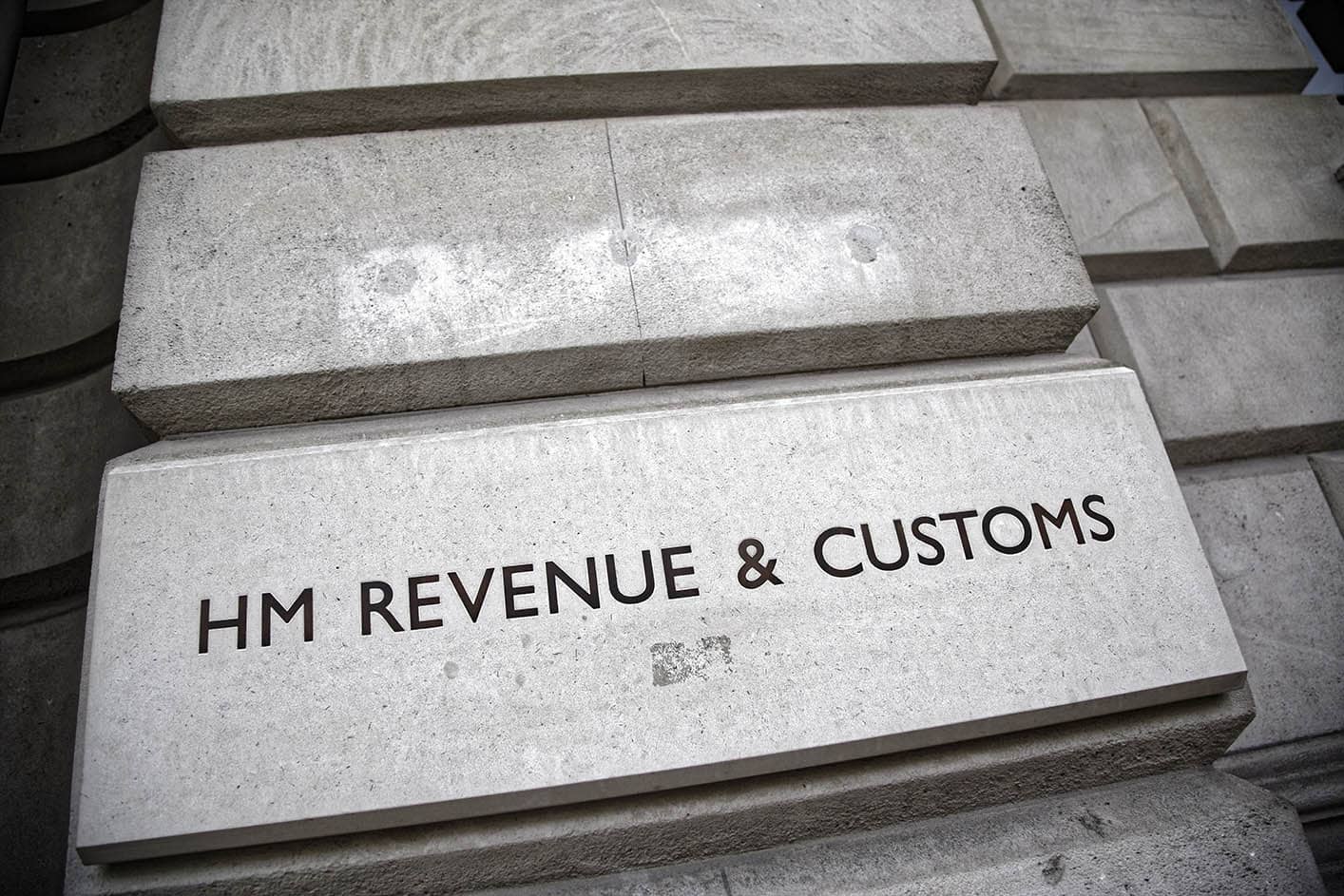 This is the third-highest monthly borrowing figure on record, and is £28.4BN more than was borrowed in September 2019. Each of the six months from April to September 2020 saw record amounts borrowed.

The rise in borrowing comes as the government sees its tax earnings fall, with the ONS reporting central government tax receipts are estimated to have been £37.7BN in September 2020, which is £6BN less than in September 2019.

The fall in tax collections were driven by a large falls in Value Added Tax (VAT), Business Rates and Corporation Tax receipts. 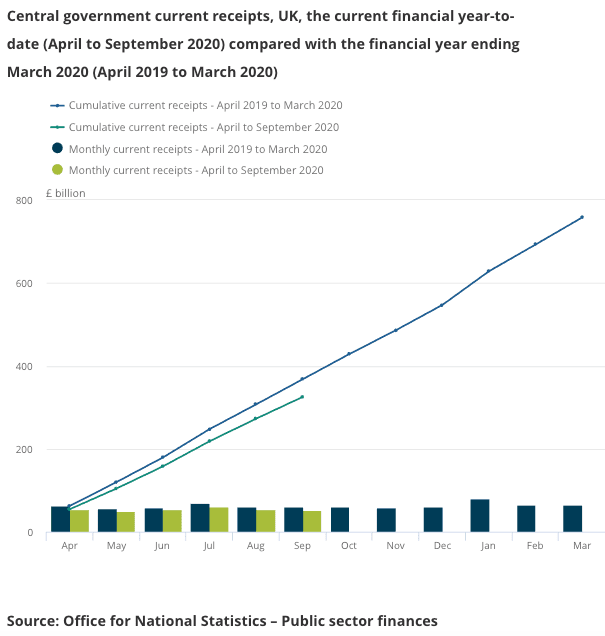 The increased borrowing was required to fund government expenditure which was estimated to have been at £77.8BN in September 2020 which is an increase of £18.1BN than in September 2019.

Of this, £4.9BN was spent on the Government's Coronavirus Job Retention Scheme (CJRS) - also known as furlough - with £1.0BN going into Self Employment Income Support Scheme (SEISS) payments. 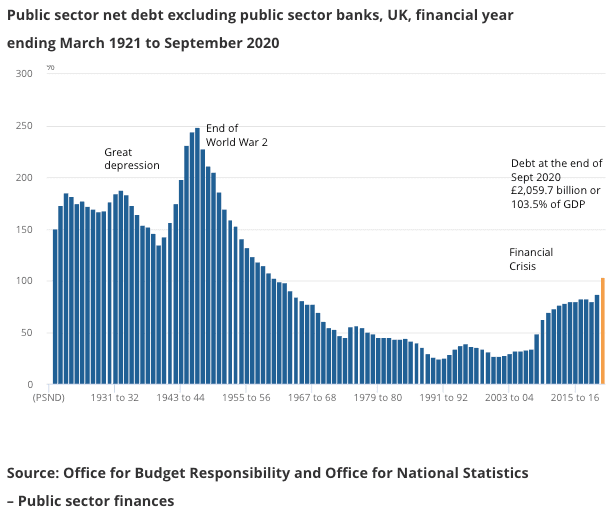 However, the £208.50BN borrowed thus far is 20% below the £262.7BN expected by the Office for Budget Responsibility (OBR) in its latest forecasts, published in August after the Summer Statement.

Figures published by the OBR suggest borrowing could be on course to increase to £372.2BN for the financial year ending March 2021, however analysis from Pantheon Macroeconomics shows full-year borrowing would total £295.3BN, well below the OBR’s £372.2BN forecast, if this trend is maintained.

"The borrowing undershoot chiefly reflects GDP tracking a higher path than the OBR assumed, supporting tax receipts. It estimated that GDP in Q3 would be 15.8% below its Q4 2019 peak; a 9.5% shortfall now looks likely, based on data up to August," says Samuel Tombs, Chief UK Economist at Pantheon Macroeconomics.

Debt expressed as a percentage of GDP has reached levels last seen in the early 1960s and is now at 103.5% of GDP. 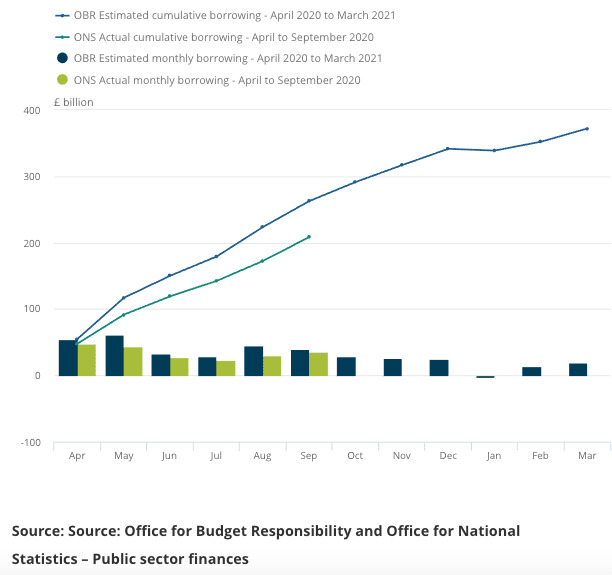 Pantheon Macroeconomics say the outlook for public finances will be challenged by an expected slowdown in economic growth, and additional expenditure items, ensuring the Treasury will ultimately increase its borrowing to meet that estimate set out by the OBR (£372.2BN).

"The OBR’s forecast does not include the extra expenditure announced in the Winter Economy Plan, including the £24.3B in extra spending related to Covid-19, the extension of the VAT cut for the hospitality sector until the end of March, and the new Job Support Scheme. GDP, meanwhile, looks set to effectively flatline over the next six months, not rebound as the OBR had assumed in its forecasts; tax receipts, therefore, will not continue to overshoot the OBR’s expectations by such as large margin," says Tombs.

Will the Government be able to continue to borrow to fund its huge debt requirements?

Yes, says Paul Dales, Chief UK Economist at Capital Economics: "With 10-year gilt yields currently just 0.19%, the markets don’t seem to care one bit. Overall, low inflation and low gilt yields give the Bank of England and the Chancellor the green light to do more to support the economy."